Haemoglobin is a protein with a quaternary structure, briefly mentioned in Topic 1. Haemoglobins are a group of proteins and different forms are found in different organisms. The role of haemoglobin and red blood cells is to transport oxygen. 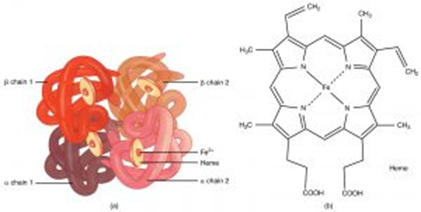 The loading, transport and unloading of oxygen varies in different conditions and for the different forms of haemoglobin, and this can be presented on an oxyhaemoglobin dissociation curve. 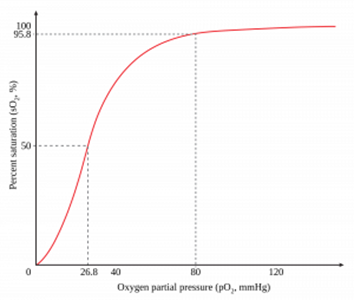 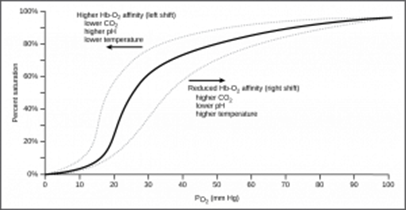 Many animals are adapted to their environment by possessing different types of haemoglobin with different oxygen transport properties. Animals like lugworms, whales and even human foetuses have myoglobin. Myoglobin has a very high affinity for oxygen, even at very low partial pressures. Therefore, it acts like an oxygen store, holding on to oxygen and not dissociating until nearly all oxygen has been used up in cells. 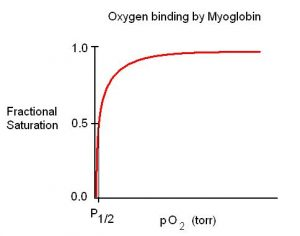 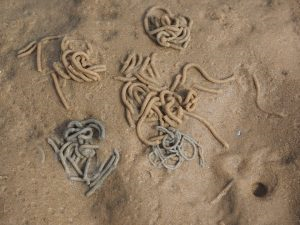 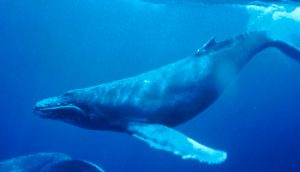 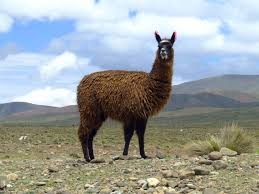 You need to have knowledge of the coronary arteries, the blood vessels entering and leaving the heart, lungs and kidneys. Some of these can be seen below in the diagram of the mammalian double circulatory system. 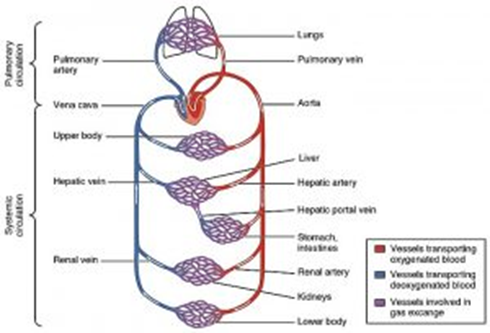 The diagram shows the key structures of the human heart. You need to know how to dissect the heart. You would need to wear gloves for hygiene and use a sharp scalpel to cut the cardiac tissue to then see the inside of the heart, such as the valves and tendons. 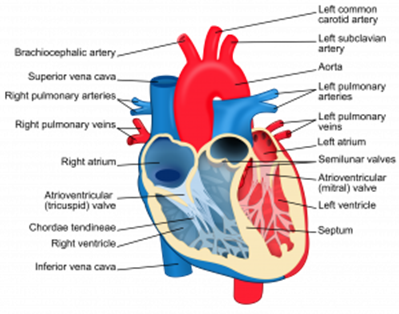 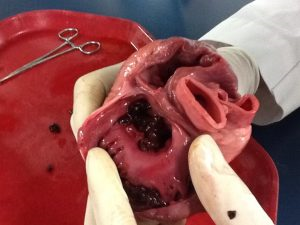 The coronary arteries supply the cardiac muscle with oxygenated blood. Therefore, a clot in a coronary artery will prevent the oxygen supply to cardiac muscle and result in anaerobic respiration and eventually the muscle won’t be able to contract and relax- this leads to myocardial infarction (a heart attack). 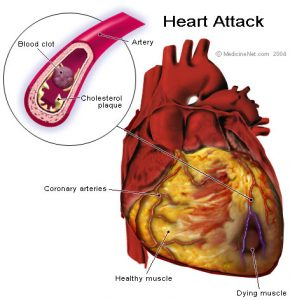 The cardiac cycle is a series of muscle contractions and relaxation resulting in pressure and volume changes that cause valve movements and maintain a unidirectional flow of blood. Valves open when there is a higher pressure behind them. 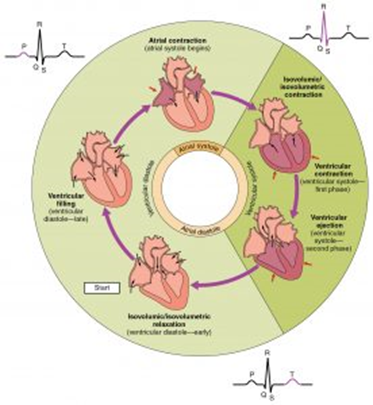 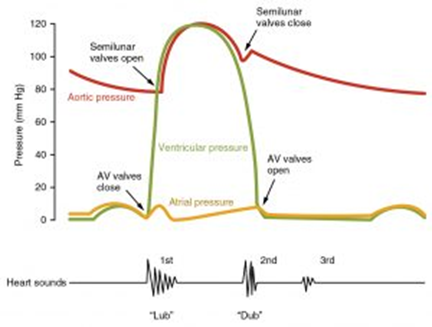 You can calculate the cardiac output using the formula:

Heart rate is how many beats per minute. Stroke volume is the volume of blood pumped in one beat.

Control of the Heart

Cardiac muscle is myogenic, but the rate of contraction is controlled by wave of electrical activity.

The sinoatrial node (SAN) is in the right atrium and is known as the pacemaker. The SAN will release a wave of depolarisation across the atria, causing it to contract. The atrioventricular node (AVN) is located near the border of the right and left ventricle within the atria still. 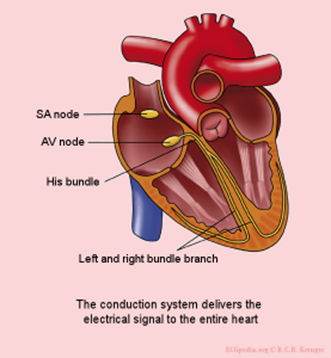 Capillaries have small gaps in the walls so that liquid and small molecules can be forced out, this forms tissue fluid. 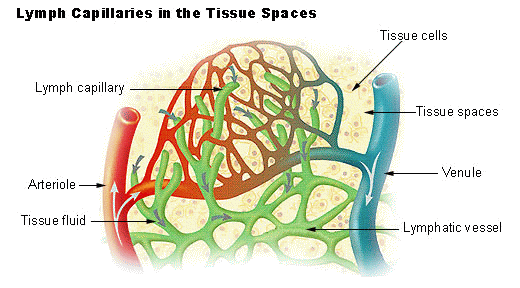 As blood enters the capillaries from arterioles, the smaller diameter results in a high hydrostatic pressure so water, glucose, amino acids, fatty acids, ions and oxygen are forced out. This bathes the cells in substances they may need.

As a result, the water re-enters the capillaries by osmosis. Not all the liquid will be absorbed, as equilibrium will be reached. The rest of the tissue fluid is absorbed into the lymphatic system and eventually drains back into the bloodstream near the heart. 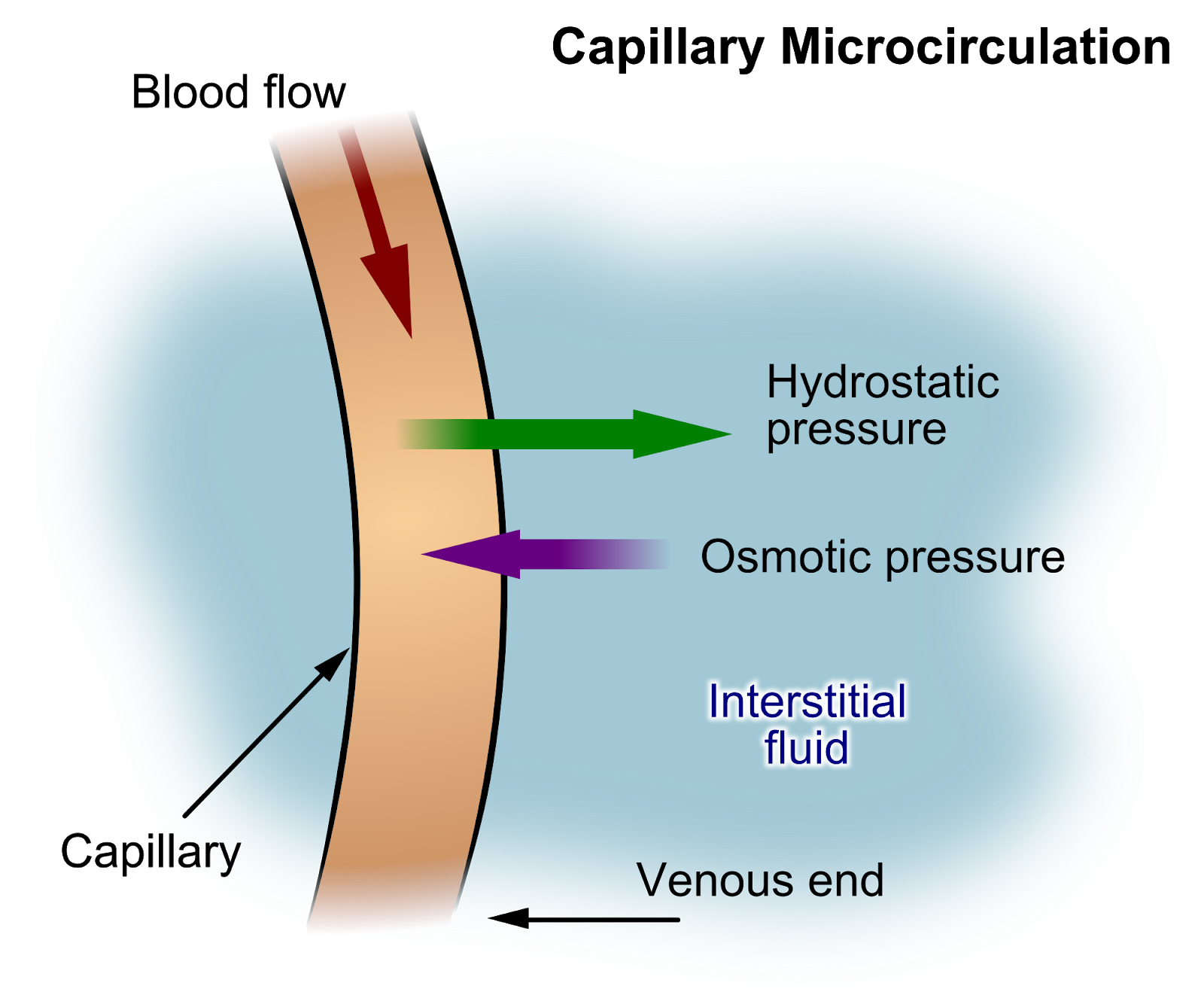 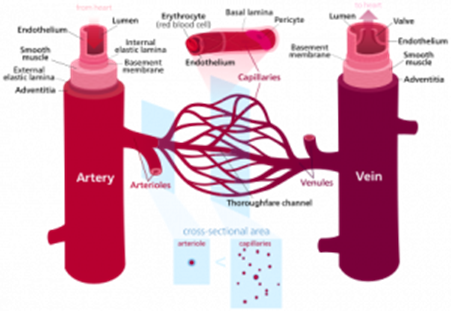 Capillaries form capillary beds as exchange surfaces, which are many branched capillaries. These all have a narrow diameter to slow blood flow. Red blood cells can only just fit through and are squashed against the walls, and this maximises diffusion.