All cells and organelle membranes have the same structure. The membranes are described as a fluid-mosaic model due to the mixture and movement of the phospholipids, proteins, glycoproteins and glycolipids it is made of.

Cholesterol is present in some membranes too and this will restrict the lateral movement of other molecules in the membrane. This is useful as it makes the membrane less fluid at high temperatures and prevents water and dissolved ions leaking out of the cell.

The phospholipids align as a bilayer due to the hydrophilic heads being attracted to water and the hydrophobic tails being repelled by water.

Proteins are embedded across the cell surface membrane either peripheral (do not extend completely across the membrane) and integral (span across from one side of the bilayer to the other). The peripheral proteins provide mechanical support, or they are connected to proteins or lipids to make glycoproteins and glycolipids. The function of these is cell recognition, as receptors.

The integral proteins are protein carriers or channel proteins involved in the transport of molecule across the membrane.

Protein channels form tubes that fill with water to enable water-soluble ions to diffuse, whereas the carrier proteins will bind with other ones and larger molecules, such as glucose and amino acids, and change shape to transport them to the other side of the membrane.

All of the these molecules arranged within the phospholipid bilayer create the partially permeable membrane, that is the cell-surface membrane.

There are five key modes of transport in and out of cells; simple diffusion, facilitated diffusion, osmosis, active transport and co-transport. 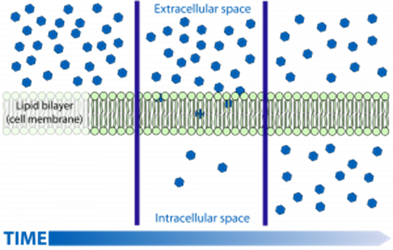 For the molecules to move they do have energy, but this is due to the kinetic energy that they possess to enable them to constantly move in fluids. They do not require any added energy in for the form of ATP.

For molecules to diffuse across the membrane they must be lipid soluble and small. Only a few molecules can for example oxygen and carbon dioxide.

This is also a passive process (it does not require ATP) but it differs from simple diffusion as proteins are used to transport molecules. The movement of ions and polar molecules, which cannot simply diffuse, can be transport across membranes by facilitated diffusion using protein channels and carrier proteins.

Protein channels form tubes filled with water and this enables water-soluble ions to pass through the membrane. This is still selective, as the channel proteins only open in the presences of certain ions when they bind to the protein.

Carrier proteins will bind with a molecule, such as glucose, which causes a change in the shape of the protein. This shape change enables the molecule to be released to the other side of the membrane. 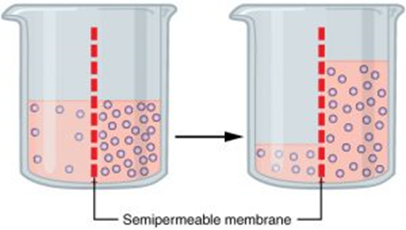 In animal cells, if they are placed in a hypotonic solution such as pure water, a lot of water will move into the cell by osmosis. As animal cells do not have a cell wall the pressure will cause the cell to burst, plants cells do not because of the strengthened cell wall. Both animal and plant cells will shrink and become shrivelled if they are placed in hypertonic solutions, due to large volumes of water leaving the cell by osmosis. 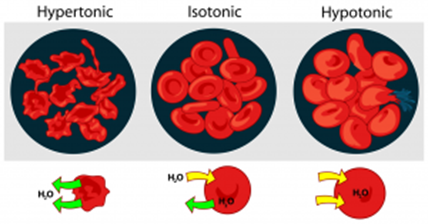 A common example of co-transport is in the absorption of sodium and glucose ions from the small intestines, specifically the ileum. 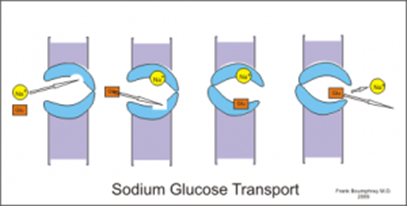 With a larger surface area, a higher number of channel/carrier proteins and a steeper concentration gradient the rate of transport will be increased. Specialised cells have adaptation to maximise transport across membranes.

The microvilli in the ileum, for example, are finger-like projections that increase the surface area and contain many protein carriers and channels to maximise the absorption of digested food. There are is also a network of capillaries so that all absorbed molecules are transport away in the blood immediately to ensure a concentration gradient is maintained. 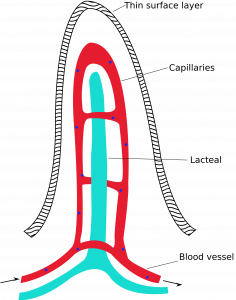 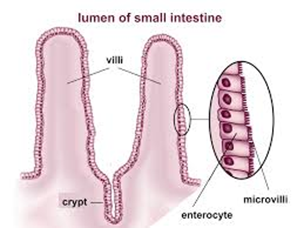