Eukaryotic cells enter the cell cycle and divide by mitosis or meiosis. In comparisons, prokaryotic cells replicate by binary fission and viruses do not undergo cell division as they are non-living. Viruses replicate inside of the host cells they invade by injecting their nucleic acid in to cell to replicate the virus particles. 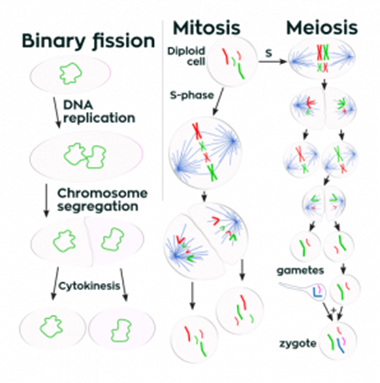 Differentiation is the process by which stem cells become specialised. They key specialised cells you need to be able to describe the structure of and link to their function are:

There are different types of stem cells that have different differentiation abilities. These are totipotent, pluripotent, multipotent and unipotent stem cells. 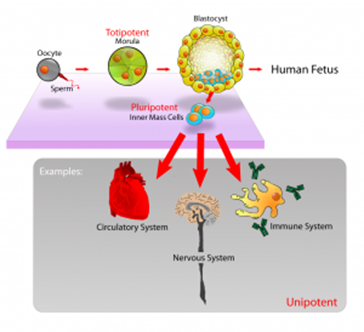 Totipotent cells can divide and produce any type of body cell. During development, totipotent cells translate only part of their DNA, resulting in cell specialisation. Totipotent cells occur only for a limited time in early mammalian embryos.

Pluripotent cells are found in embryos and can become almost any type of cell. For this reason, they are used in research with to prospect of using them to treat human disorders. These stem cells could be used to regrow damaged cells in humans, such as replace burnt skin cells, or beta cells for type I diabetics or neurones in Parkinson’s disease sufferers. There are issues with this as sometimes the treatment doesn’t work, or the stem cells continually divide to create tumours. Additionally, ethically there is debate on whether it is right to make a therapeutic clone of yourself to make an embryo to get the stem cells to cure a disease, and then destroy the embryo. Is it safe or even sensible to clone humans and to destroy embryos? 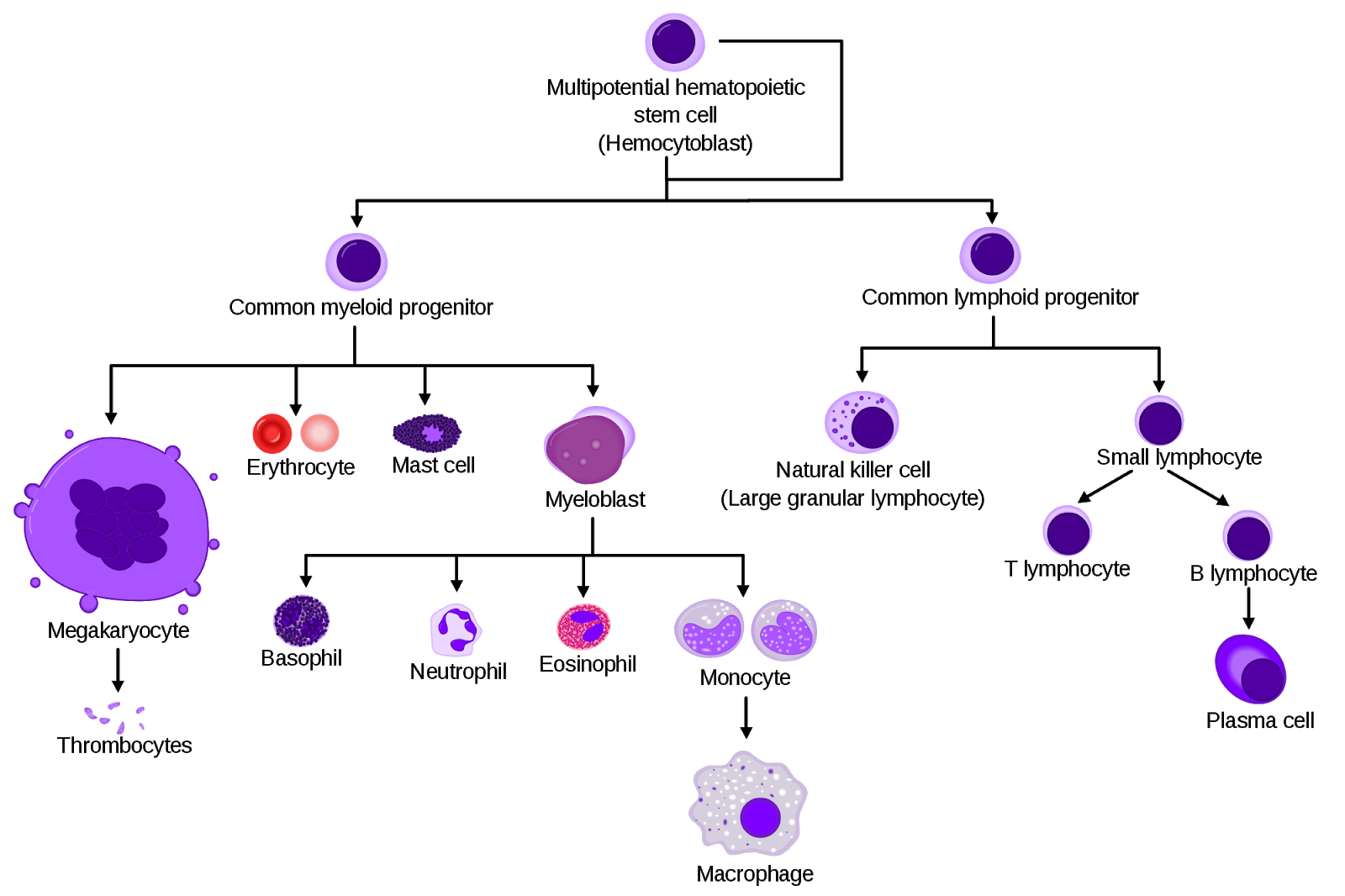 The stems cells in adult plants are found at meristems. This is where the production of tissues, such as xylem and phloem sieve tubes, are formed.

Sources of Stem cells in Mammals:

Embryos, up to 16 days after fertilisation, contain stem cells that are pluripotent and can differentiate into any type of cells.

The placenta has stem cells that can develop into a limited number of specialised cells.

Adult stem cells, such as in the bone marrow, can produce different cells to repair those within a particular tissue or organ. 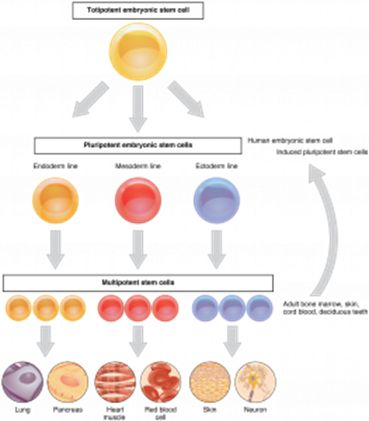 There are pros and cons of using stem cells to treat human disorders. The benefits would include research or even treatment of damaged tissues for neurological conditions like Alzheimer’s and Parkinson’s, and research into developmental biology. Induced pluripotent stem cells (iPS cells) can be produced from adult somatic cells using appropriate protein transcription factors to overcome some of the ethical issues with using embryonic stem cells.

iPS cells are created from adult unipotent cells. These cells, which can be from almost any body cell, are altered in the lab to return them to a state of pluripotency. To do this, the genes that were switched off to make the cell specialised must be switched back on. This is done using transcriptional factors. They are very similar to embryonic pluripotent stem cells, but do not cause the destruction of an embryo and the adult can give permission. Also, the iPS have shown a self-renewal property, in that they can divide indefinitely to give limitless supplies. For these reasons they could be used in medical treatment instead of embryonic stem cells. 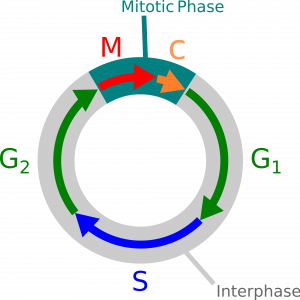 Interphase is the longest stage in the cell cycle. Interphase is when the organelles double, the cell grows and then DNA replicates.

Cytokinesis is the final stage. It is the division of the cytoplasm to create the new cells. 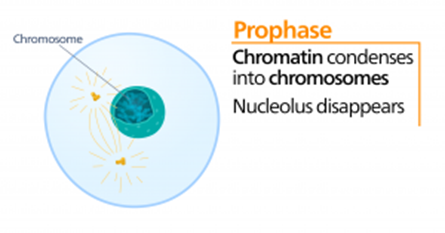 The chromosomes align along the equator of cell. The spindle fibres released from the poles now attach to the centromere and chromatid. 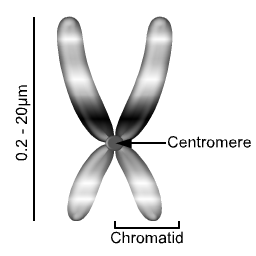 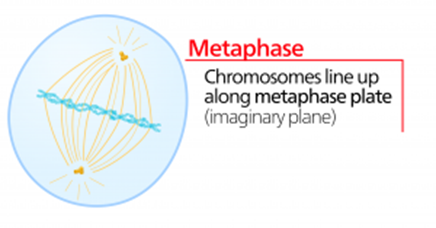 This stage requires energy in the form of ATP which is provided by respiration in the mitochondria. 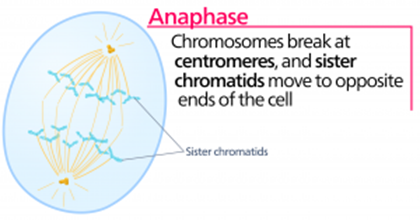 The chromosomes are now at each pole of the cell and become longer and thinner again. The spindle fibres disintegrate, and the nucleus starts to reform.

The final stage in the cell cycle is when the cytoplasm splits in two to create the two new genetically identical cells.

The stages of mitosis are visible under a light microscope in onion and garlic root tips. The tips of the roots are constantly dividing for growth and therefore many of the cells are replicating, and the different stages of the cell cycle and mitosis are visible. A small slice of the root tip is placed on a microscope slide and broken down with a needle. A stain is added to make the chromosomes visible and the cover slipped is pushed down. This is to squash the tip to achieve a single layer of cells so it is possible to focus on the cells. The mitotic index can be calculated by counting how many cells are visible in the field of view and the number of cells visible that are in a stage of mitosis.

Then the following formula can be used: 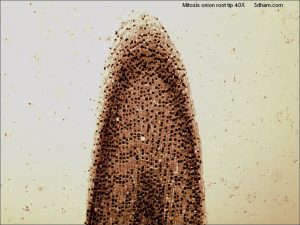 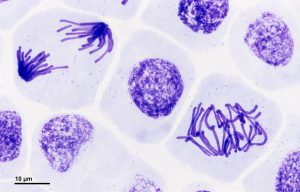 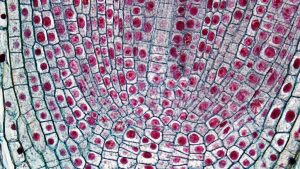 This is introduced in a variety of ways, such as during meiosis cell division, mutations and the random fertilisation of gametes.

This is the type of cell division that creates genetically different gametes. Unlike in mitosis, there are two nuclear divisions in this process which results in four haploid daughter cells.

Haploid (n) = one copy of each chromosome

The genetic differences are introduction by two key processes in meiosis:

The above diagram outlines the stages in meiosis. Before cell division, interphase occurs in which the DNA and organelles double.

As meiosis involves two nuclear divisions the descriptions of the processes can be stated as being in meiosis I or meiosis II, referring to the stage of nuclear division. Both stages include prophase, metaphase, anaphase, telophase and cytokinesis. 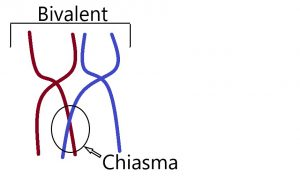 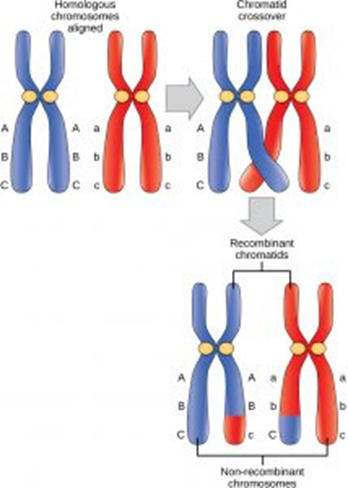