From Neutrality to ‘Neutrality’

America started the Second World War as a neutral power; however, they always sold weapons to the Allied powers (Britain and France), and entered the war in 1941 after Japan bombed Pearl Harbour and Hitler declared war on the United States. The war galvanised the American economy, and took the progress of the New Deal and made it sustainable and real.

America started selling weapons to Britain and France in 1939; however, it was not a straight road to involvement. American had a previous policy of isolationism, and in 1935 passed the Neutrality Act – this banned America from getting involved in any conflicts, or selling weapons to any countries at war. Then, Roosevelt made a speech in__ 1937, arguing that all countries who valued peace should stand up together against aggressive dictators (largely, Hitler, Mussolini, and the leader of Japan). This was called the Quarantine Speech. As a result of this, when the Second World War broke out in __1939, Roosevelt persuaded the government to change the Neutrality Act and started selling weapons to the Allied Powers. These weapons were some of the best in the world, and the Allied powers ordered enough to get American powers thriving again. 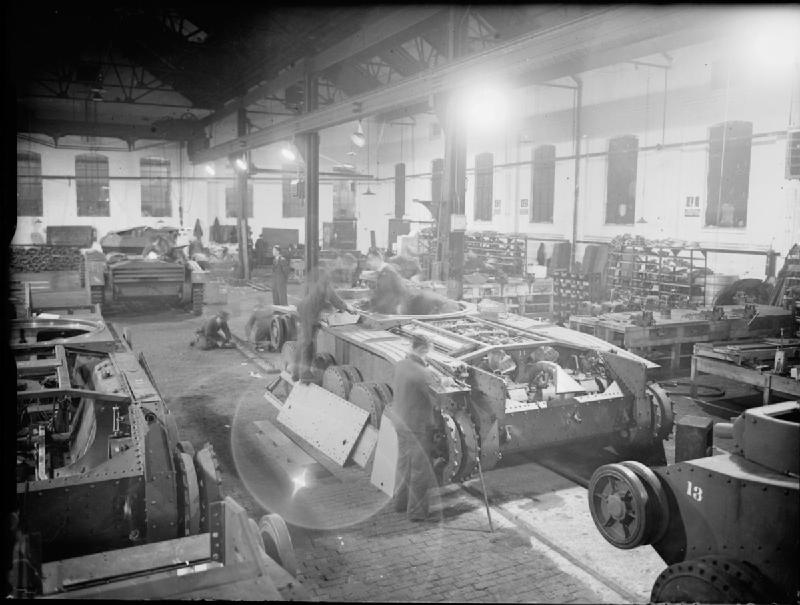 American factories were quickly turned into war factories, producing tanks, guns, and all supplies needed for the army. This factory (above) used to be a car warehouse.

These sales happened in several ways – in 1939 America started with the ‘Cash and Carry’ plan. This was a straight up purchase of weapons, boats, and aeroplanes – it created significant jobs in the U.S., just in time as unemployment had started rising again in the U.S.. This was scaled up when Germany defeated France in 1940, and when Britain was struggling America gave then 50 warships for free.

In 1941, Roosevelt stepped up the programme, and launched ‘Lend Lease’; this involved lending Britain over $7 billion ($7000 million) in weapons, and then the same to Russia when Germany betrayed them in June of 1941. It was commonly accepted that America would not ask for the weapons back – but the ‘lending’ side of the deal gave America the excuse they needed to still stay out of the war officially.

The Effect of the War on Women

Before the War, women worked in a highly gendered workforce where they were expected to only work in roles such as teaching, childcare, and nursing. As men joined the army, this left significant gaps in the workforce. As a result, women were able to break out of ‘traditional’ roles such as nursing and teaching, and go to work in the factories. From 1940 to 1945, women went from just over 10 million working in factories to nearly 20 million, and more generally women made up 1/3 of the U.S. workforce.

This is best shown by women working in shipbuilding – in 1939 there were only 36, by 1942 there were over 200’000. There were also 350’000 women who joined the women’s part of the military (these were still separate to the men). However, it is important to note that these advantages were temporary – after the war, men largely took their jobs back and women’s contributions were often overlooked. Real advances in women’s rights did not come until the 60s and 70s. 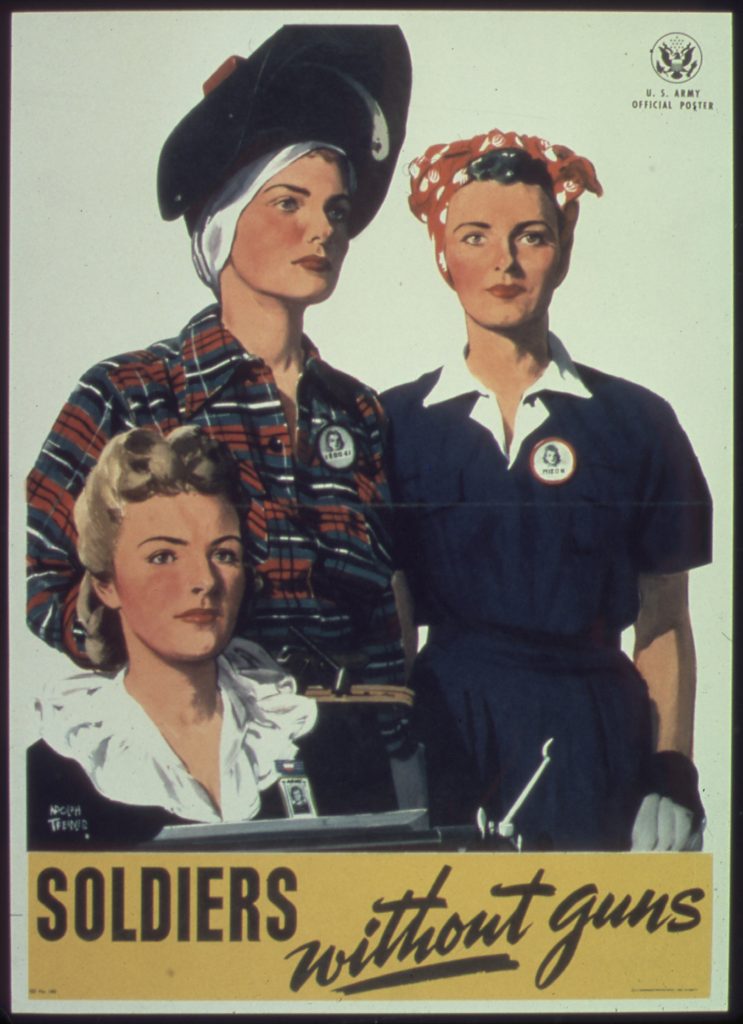 Women were expected to contribute to the war effort, often filling jobs that men had left to join the army. In the poster you can see a secretary, a factory worker, and a mechanic. 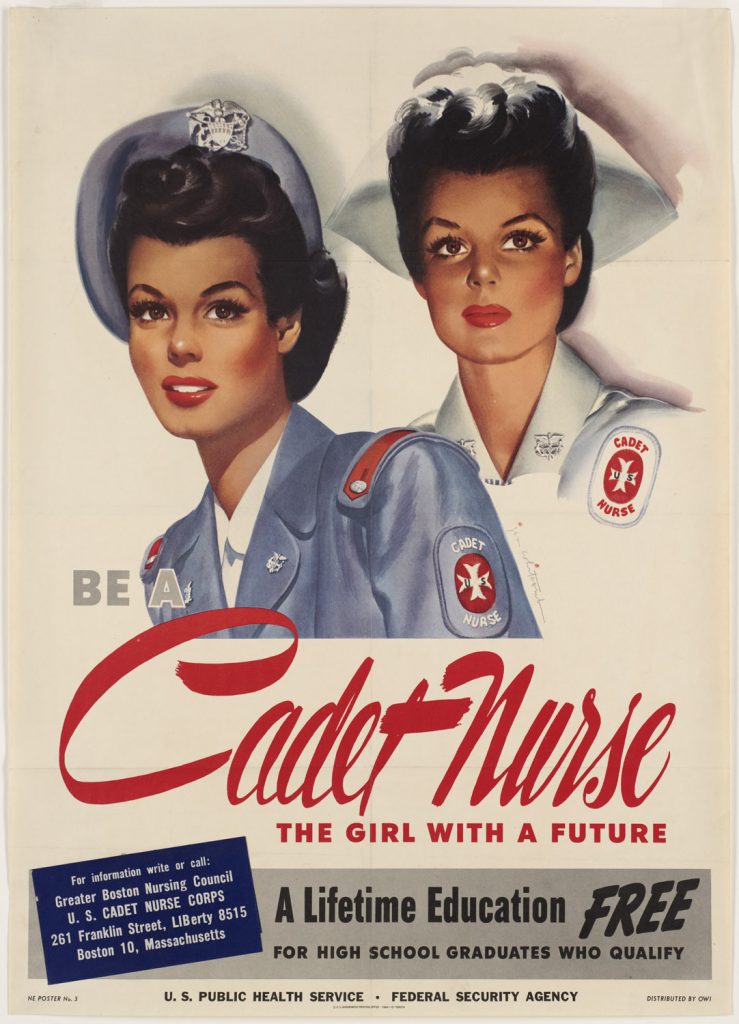 Women were also encouraged to become nurses, which was generally as close to the front line as they would get.

Then, on the 7th of December, 1941, Japan bombed an American naval base in Hawaii – Pearl Harbour. This changed everything, and America was dragged into the war.

As a result of being dragged into the war, America further stepped up their military-industrial investment. Roosevelt set a target of making 50’000 planes in a year (extremely ambitious, and more than any country had ever made before. The ‘War Production Board’ (WPB, the group in charge of coordinating manufacturing for the war) rallied factories into producing war goods (rather than their previous white goods specialisations – ribbon companies made parachutes, and typewriter factories made machine guns). By the end of the next year, America had produced 86’000 planes – they had annihilated Roosevelt’s target of 50’000! The army also bought large amounts of food for the soldiers, who needed it both for training and to send to soldiers serving abroad.

This employed thousands of people – by 1941, four million Americans had been newly employed, specifically by new war factories. Millions more joined the army itself, and from nearly 10 million unemployed at the start of the war (in 1939), this fell to 670’000 by 1944. 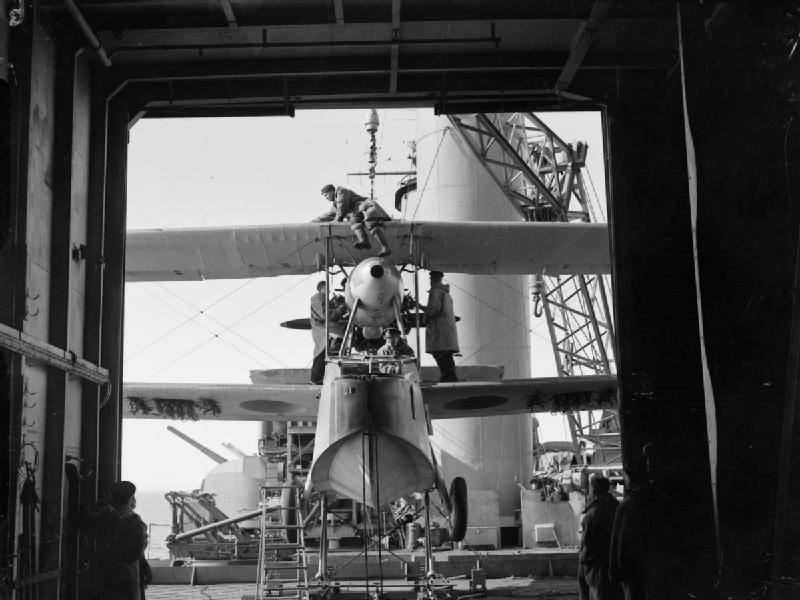 The production of aeroplanes was a particular strength of the American wartime economy.

The Effects on African Americans

African Americans were another group who were affected by the war. Black African Americans were the main workers in the weapons factories, and their working conditions were extremely poor. A significant rights activist planned a march on Washington to protest this, and a strike to go with it. The government could not afford the strike, especially in the middle of a war, so they quickly compromised. Roosevelt set up the Fair Employment Practice Committee (FEPC), which was intended to ensure that employment was fair and equal for all workers in America – especially those working in government-maintained areas. The FEPC found significant discrimination, and was able to reward government contracts to those groups who had the fairest employment practices. Furthermore, around one million African-Americans fought in the war. 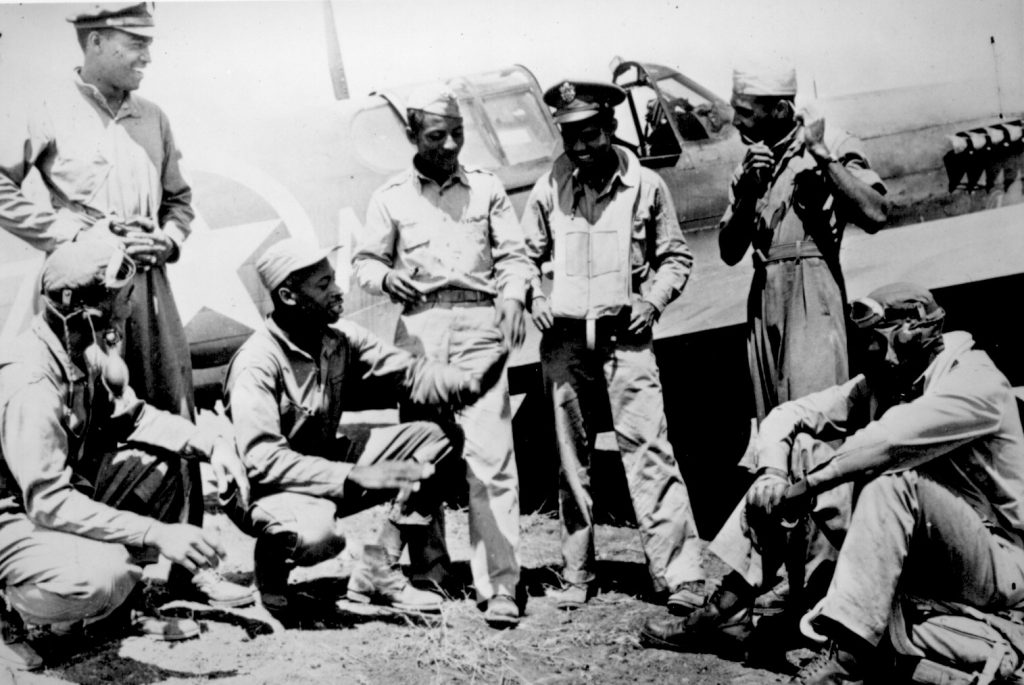 This picture shows an African-American battalion; whilst black people were increasingly valued for their contributions to the war effort, at no point did black and white soldiers officially mix.

Whilst at the start of the war, black soldiers were not allowed to fly planes and could only work as servers in the navy, by the end of the war these black soldiers were able to prove themselves through their actions. Within the armed forces, prejudice broke down faster than in society, and then when black soldiers were seen defending their country, social attitudes began to change (marginally) too. The air force allowed black soldiers to become pilots. However, despite these advances, segregation remained strong, and African-American staff and soldiers were kept in ‘coloured’ parts of the forces.

During, and just after, the War, membership of the NAACP rose from 50’000 to 500’000 – a tenfold increase. By the end of 1944, 2 million African Americans were working in war factories. These were based in the North of the U.S., where prejudice was less entrenched in society.