President Herbert Hoover was an extremely conservative Republican, who had put his faith in the stock market and did not believe in government involvement in the economy – he believed in the ability (and responsibility) of every individual to overcome difficulty and fix the economic problems in the country. As such, when the Great Depression came, he was unprepared. Many criticised his response to the Depression, which in the large part consisted of insisting that ‘prosperity was just around the corner’. In January of 1930, he confidently announced that ‘we have now passed the worst’. He was very wrong. 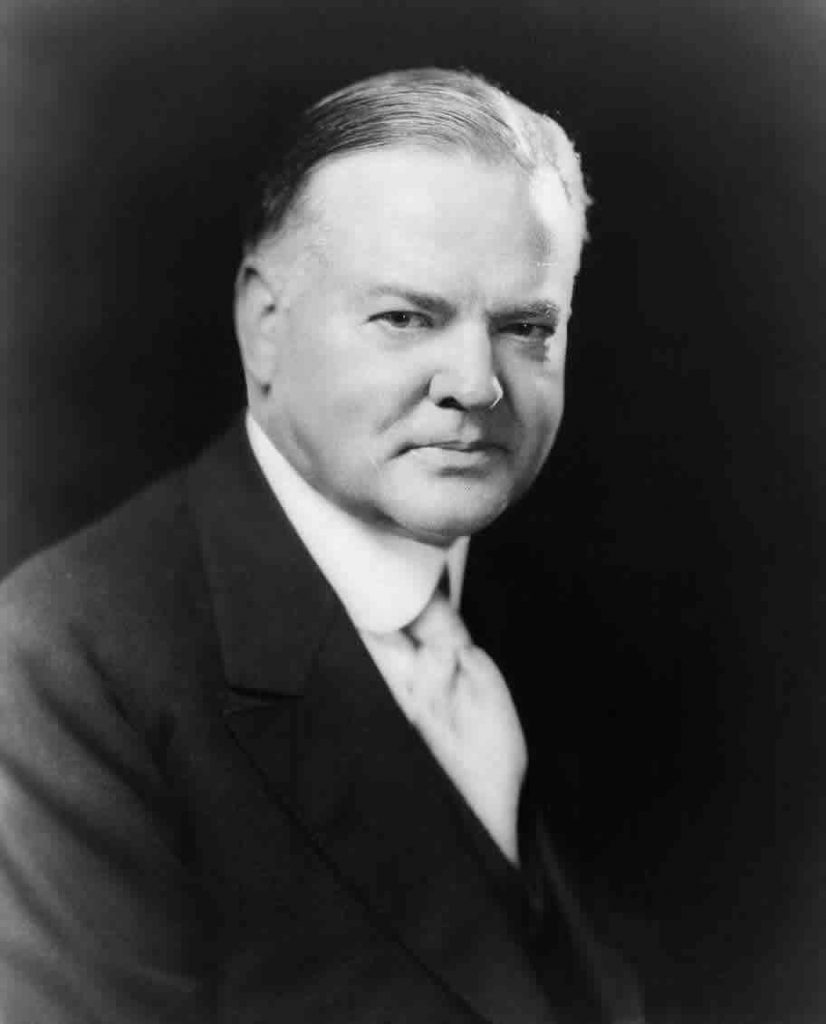 The Great Depression, and Hoover’s lacklustre response, made him one of the least popular Presidents in the history of the United States. He was seen as a rich man who was too out of touch with the regular American worker. His failures hurt the Republican Party quite badly.

How successful was Hoover?

In a nutshell – not very! For many workers, the Great Depression was a period of misery and destitution. Unemployment increased: It rose from 1.6 million in 1929 to 14 million in 1933 (i.e. from 3 per cent to 25 per cent of the workforce). People were desperate for work. For example, in 1930 there were 6,000 men on the streets of New York trying to survive by selling apples.

As competition for jobs increased, even those in work suffered. Employers reduced wages and increased hours. Some government employees, for example teachers, were not paid when city councils, for example in Chicago, went bankrupt.

America did not have unemployment benefits. Hoover eventually had to lend billions of federal monies to them in 1932 to fund public works schemes. Charities and wealthy individual stepped in to organise soup kitchens and cheap meals centres. Even Al Capone gave money for a soup kitchen in Chicago. In several cities, the unemployed organised themselves into groups to support each other.

Demonstrations, by both the unemployed and employed, at the lack of action by the government turned into violence

In 1930, a rally of unemployed people became a riot as police charged the crowd. There were strikes and bitter clashes in many American cities because of starvation level wages.

The biggest protest march was by the Bonus Army in 1932.

The First World War veterans demanded early payment of their $1,000 war bonuses, which were not due until 1945. With their wives and children, 15,000 of them set up a camp on Anacostia Flats, Washington. Hoover accused them of being communists and ordered their removal. They were dispersed by armed troops, cavalry, tanks and tear gas on the command of General MacArthur. Two babies died and many children were injured. 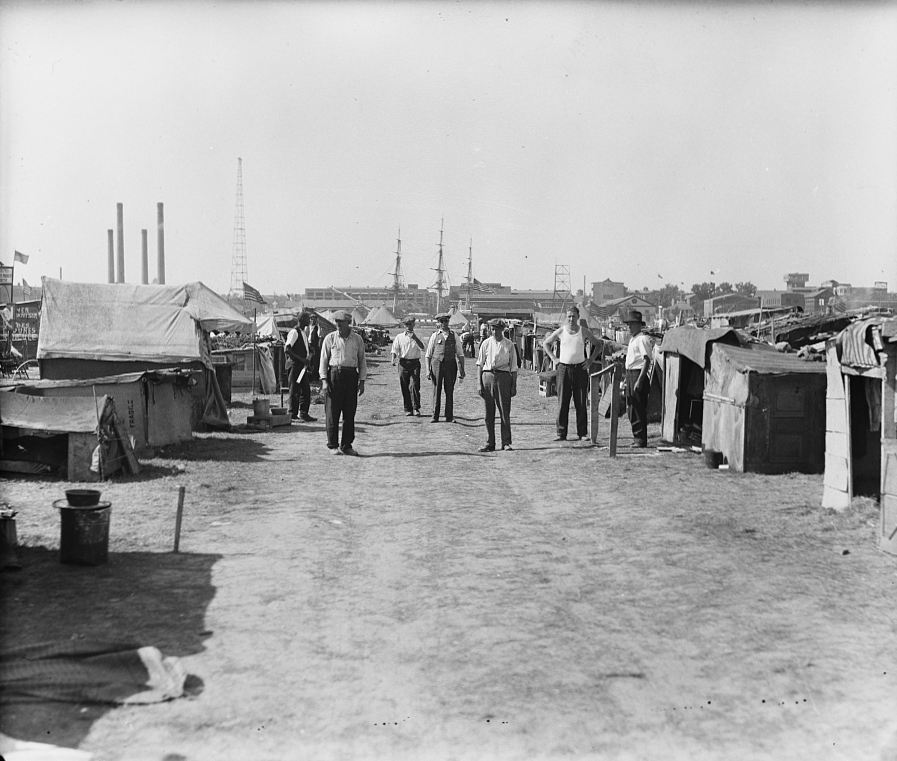 The Bonus Army set up camps as part of their protests. Here is one Bonus Army camp, set up to collect ex-servicement to protest against Hoover’s mishandling of the Great Depression.

What Did Hoover Do? 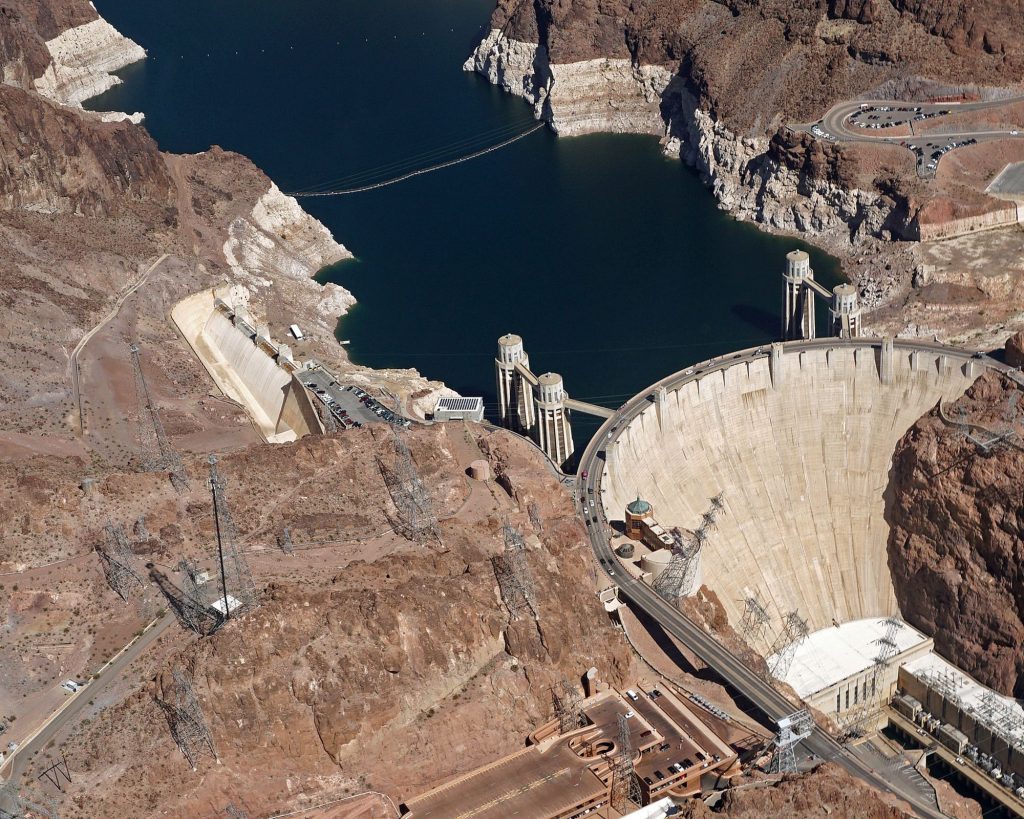 This picture shows the Hoover Dam. This is the largest hydroelectric dam in America, and was constructed starting in 1931 by Hoover as an attempt to provide employment and boosts to industry during the Great Depression.

Hoover cut taxes for companies, in a bid to stop them firing people to save money, and in some cases this was successful. He also introduced the ‘Hawley-Smoot tariff’ in 1930, raising even further the Republican tariffs on foreign goods. These tariffs raised charges by up to 50% on several areas of industry. Unfortunately, this backfired as other countries retaliated, raising tariffs on American goods, which made it even harder for American companies to sell their goods abroad.

Farming was another area where Hoover didn’t really know what to do. In many ways, Hoover blamed the farmers for overfarming the land, and believed that it was the individuals’ responsibility to get themselves out of trouble. He did lend a small amount of money to farms, especially in the run up to his election campaign; however, this was limited, and poorly distributed.

Largely, Hoover didn’t know how to respond. He always believed that the Stock Market would bounce back, and be the miracle answer to America’s economic problems. Throughout the Depression he tried to encourage people to reinvest in the stock market – partly in an attempt to restore confidence, and bring share prices up again. Hoover did also cut taxes by around $130 million, which did give some people more money to spend; however, this only helped those earning money.

Hoover made $300 million available to States, to tackle the problems as a result of homelessness and unemployment. This was done inefficiently, and he was met with some strong resistance from Republicans who believed that the central government had no right to interfere with State concerns such as employment. Hoover also largely believed this – as he consistently insisted upon the ‘rugged individualism’, and so only $30 million was actually given out. He did set up a national programme employing people to build roads and dams. 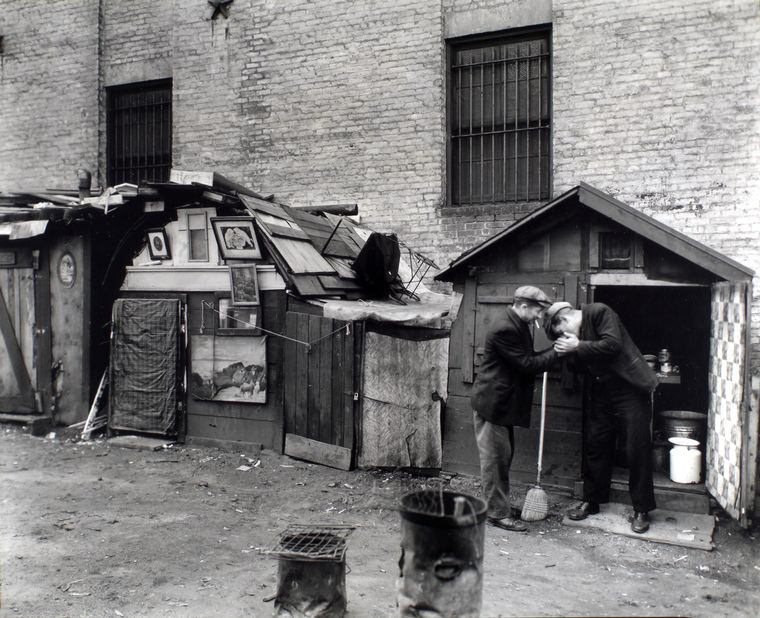 An example of the Hoovervilles which rose up as people were forced out of their homes and had nowhere to live. People migrated into the cities, seeking work, and found none. These slums gained the name ‘Hoovervilles’ because of their association with Hoover’s failures and unpopularity.