The 1920s saw a huge increase in economic, industrial, and social wellbeing. This was called the ‘Boom’, and was brought about through a combination of resource wealth, government policies, and America prospering hugely from the First World War. The ‘Boom’ was marked by the growth of some of America’s largest industries, including the motor industry, and showed capitalism and consumer society in a brand new light. It was also characterised through huge growth in the phenomena of advertising, celebrity culture and endorsements, and thrived off the new principles of mass production. 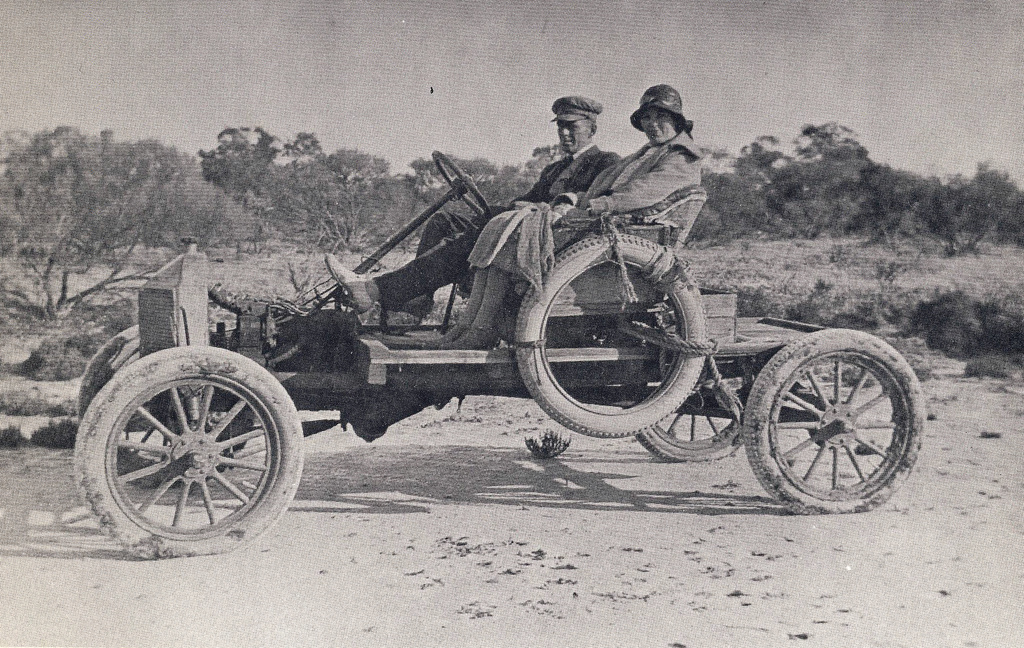 Ford made just one type of car – the Model T or ‘Tin Lizzie’. It was mass-produced. Cost were kept low because it had one engine size and one colour. This car changed the motor industry forever. I caught the imagination of the public who were desperate for new gadgets. 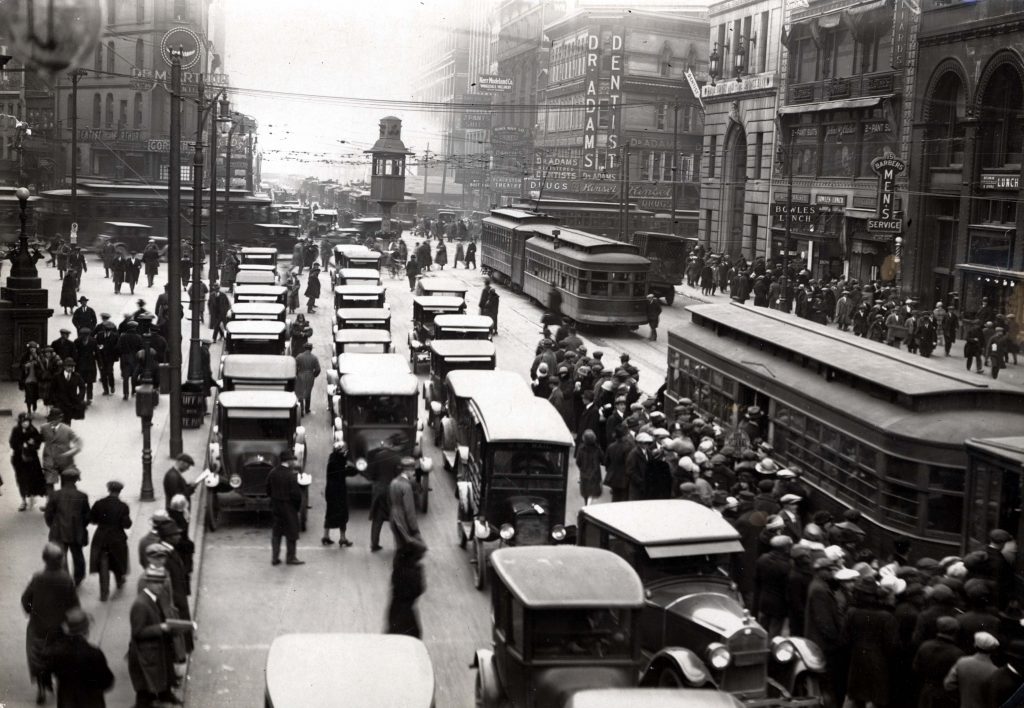 This photograph from Michigan in 1920 shows just how popular the Ford car was - they lined the streets, showing Ford’s dominance in the industry.

There is a debate over how well Ford’s workers were treated.

The popular legend is that Ford was an amazing employer, and he believed that happy, well-rested workers made more profit that tired overworked ones.

As such, Ford introduced the five-day working week (previously, most industries expected people to work six days). He also paid higher wages than his competitors, to keep the talent in his own factories, and would promote people based on ability. He also gave generous holidays, and workers did not have to stay too late.

On the other side, there were rumours of much worse practices. Workers would reportedly be beaten if they didn’t meet their daily targets, and wages were removed for any mistakes. Apparently, Ford hired thugs to patrol the factories, and keep down and talk of unions or workers’ rights. He was rumoured to have connections to the mafia, where he got his strongmen from.

How did the Motor Industry help spread the Boom?

Cars allowed people a previously unparalleled ease of transport – they could get around to where they wanted, when they wanted. This made people less dependent upon public transport (although it remained widely used). This allowed people to access new commercial opportunities (shopping centres would not be possible without cars!), but also to commute for work. As a result, greater transport further boosted the economy through accessibility and convenience.

Ford’s workers in particular (although not only) had more free time, as a result of improving working conditions. This further boosted the economy – where workers were being more productive in their five-day working week, they were also then able to spend their free time (and wages). This boosted the spending power of the public, and increased the demand for both goods and services.

The motor industry consumed huge amounts of raw materials – rubber for the tyres, steel and aluminium for the frames, leather for the seats, glass for the windows, and so on. This greatly boosted the primary industries (mining etc.), adding both increased employment and demand for these materials. This allowed all of America, including the working classes, to benefit from

How did the Motor Industry Reflect the Wider Boom?

The Motor Industry would only have been possible with the growing industrialisation of the Boom. The assembly line and conveyer belt were taken by Ford and turned into the most efficient factories the world had ever seen. The new principles of mass production suited Ford’s model perfectly. 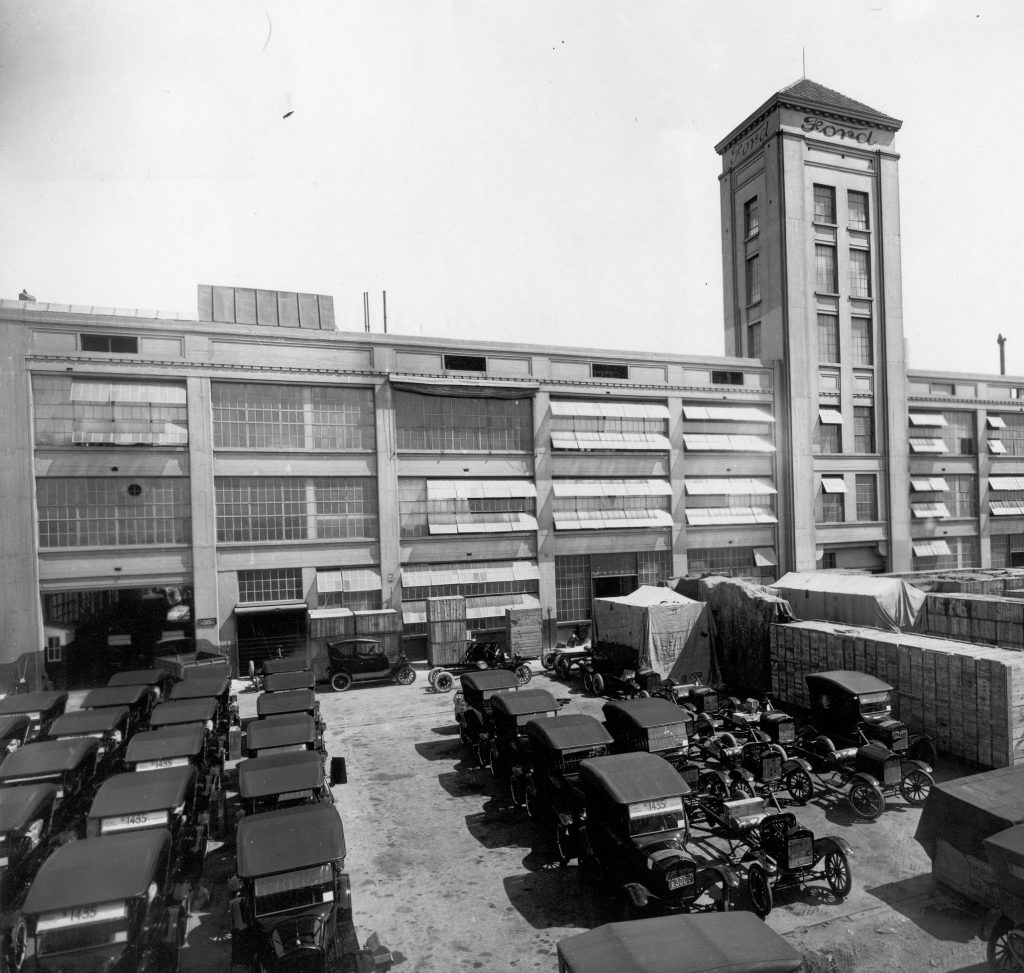 __Factories such as these would churn out identical models of the cars, using the mass production techniques to keep them the same, cheap, and efficiently-made.

Ford invested heavily in advertising, and made sure that car ownership became part of the American Dream. You could not claim to be a respectable, well-off American family in the 1920s without owning a car – and everyone knew that the best cars were Fords. These were advertised all along roads, but also in train and bus stations, so that commuters would start to want their own car.

New Ways to Buy and Sell:

Alongside already affordable prices, Ford embraced the idea of the Hire-Purchase plan openly. This allowed more Americans than ever to access the automobile industry, and put aside small amounts of their pay check each month to keep up payments. This also made Ford more money in the long run, as he was able to charge interest on the credit.