It is often said that the period after the Second World War was America’s heyday. Arising as a global superpower yet again from an otherwise ruinous World War, America was unrivalled in industry and economy.

When WWII ended life in America gradually returned to normal. Peacetime goods were produced with the same efficiency as war time goods. Soon people could afford luxury goods such as: ovens, televisions and cars. A huge advertising industry and ‘buy now, pay later’ schemes persuaded people to spend their money. Massive shopping malls were built on the outskirts of towns. 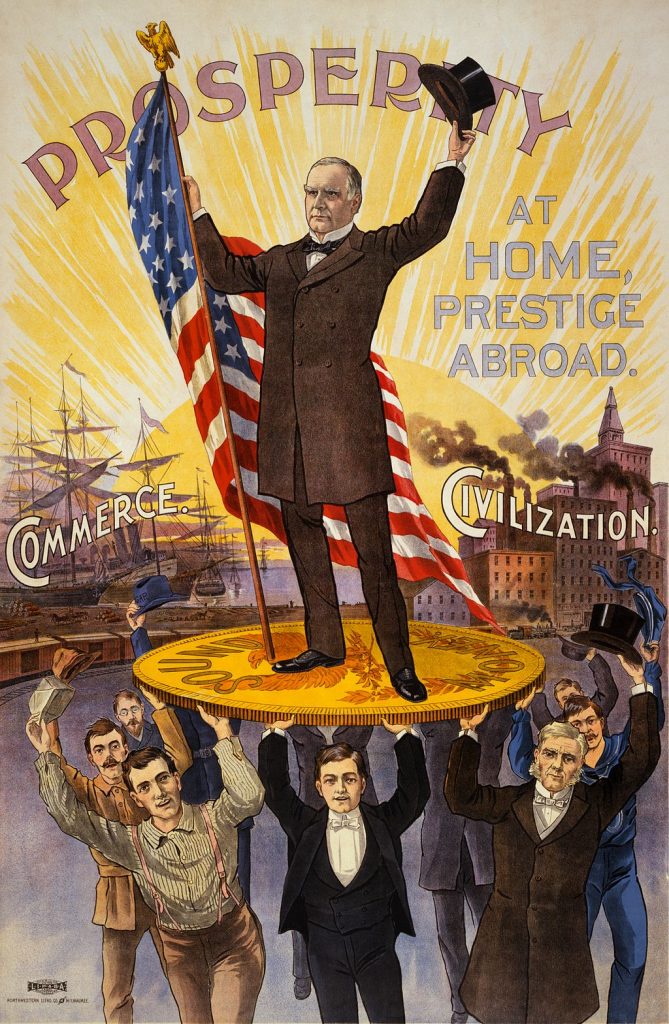 Around the world, America in the 1950s was known for wealth, standard of living, and prosperity.

Just as America was extricating itself from the end of the Second World War, a rivalry with the Union of Soviet Socialist Republics (Communist Russia) was blooming. The war ran from 1950-1953.

A key response of the Unites States to this rivalry was the policy of ‘Containment’. This meant stopping the spread of Communism wherever it was growing. In Europe, this was done through huge economic stimulus and trade – keeping European governments strong enough to fight off Communist revolutions. In Asia, this more often took the form of military intervention.

One of the first key areas in which Containment came into play was Korea. The United States intervened in Korea to try and stop the country from becoming Communist.

This was a significant military and economic venture, and allowed the military industry to continue thriving after the end of the Second World War. 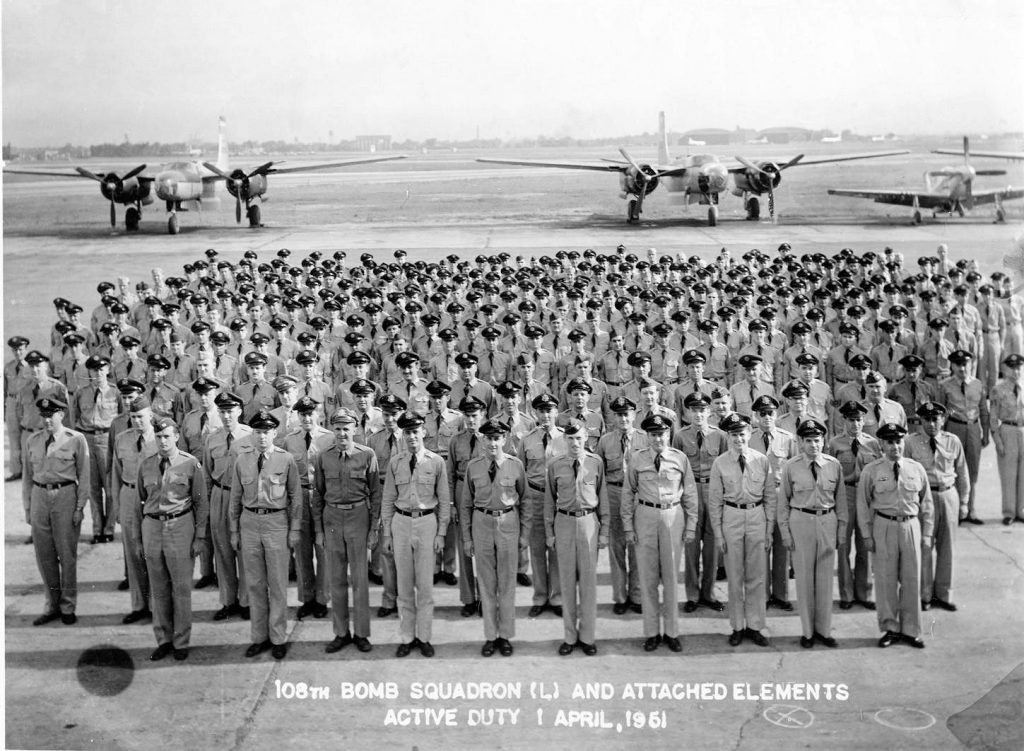 This is a group of American soldiers from the Korean War. When a country goes to war, all of their soldiers need clothing, feeding, and arming. Tanks, planes, and ships need to be built. The ‘military-industrial’ complex is a tight relationship, and the war economy can greatly boost the industry of a country. The Korean War allowed the United States to continue to benefit from the military-industrial boost of the Second World War.

Just as America had previously been known as the ‘Land of Opportunity’, a new slogan was appearing – the ‘American Dream’.

Partly prompted by the huge influx of American cash and products into Europe, as part of economic containment and post-war recovery, America was increasingly seen as the world leader in ‘modern living’. In 1960, the average American had a quality of life three times higher than in Britain. Many American people could rightly claim to be living an ‘American Dream’, with high living standards, affordable modern technology, and good health and education. One side effect of this was that there was an increasing acceptance that goods would only last for a few years, before they were replaced with a new a flashy model.

However, there were significant parts of America still living in great poverty, and inequality was very high. 25% of the American people were still living in poverty, with 56% of all African Americans living in poverty within that group. People in the South remained less well-off than those in the North and West. Furthermore, because Republicans shot down Democratic attempts to create a National Insurance, there was no universal healthcare, unemployment pay, or sick pay. Furthermore, the elderly particularly failed to benefit from the improvements in economy and living standards – on 1960, 68% of people over the age of 65 had an income of only $1000 a year, where factory workers could expect to earn $4000.

Compared to the __1920s __wealth was still better spread out; however, there was still plenty of work to be done. 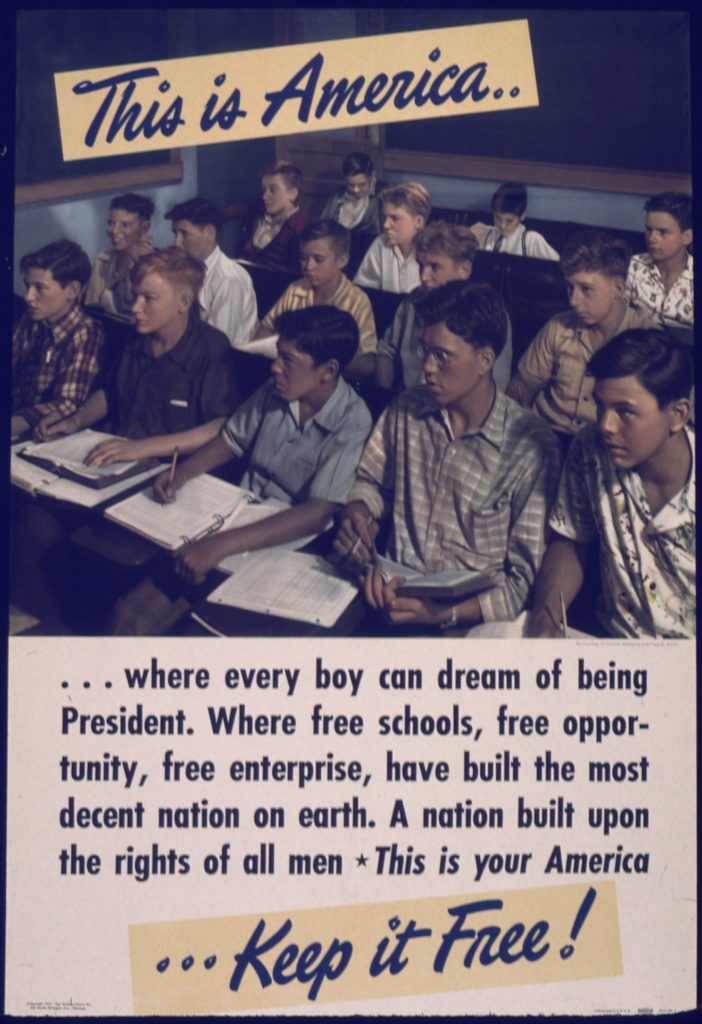 Americans were extremely proud of being American, and made a big deal out of ideas such as freedom, human rights, and hard work.

The United States were paranoid about not returning to the Great Depression of the 1930s, and so a national obsession arose around keeping consumption up with production. As such, the idea of consumerism flourished, and in particular, Americans loved to buy American products. Consumerism dominated American Society in the 1950s. Just as American prosperity in the__ 1920s__ had been built on the back of significant production and turning out increasing amounts of products, so too in the 1950s did production and buying both soar.

Luxury refrigerators, ovens, vacuum cleaners, cars, and televisions were turned out in increasing volumes, at increasingly affordable prices. These prices further increased the demand – whilst they were cheaper, because they were affordable, overall profit rose. By the end of the 1950s, 9/10 American homes had televisions, 8/10 had refrigerators and cars, and 7/10 had a washing machine. Furthermore, a huge advertising industry arose – stronger than ever before in American society. This advertising aimed to make the products ‘irresistible’.

‘Buy now, pay later’ schemes based on credit (paying more, but over time) became hugely popular. So too, did ‘shopping malls’, larger and more glamorous but out of town. People could access these, because they now all had cars (by 1956 there were 75 million cars on American roads). Shopping became a popular recreational activity for the first time, not just a necessity. 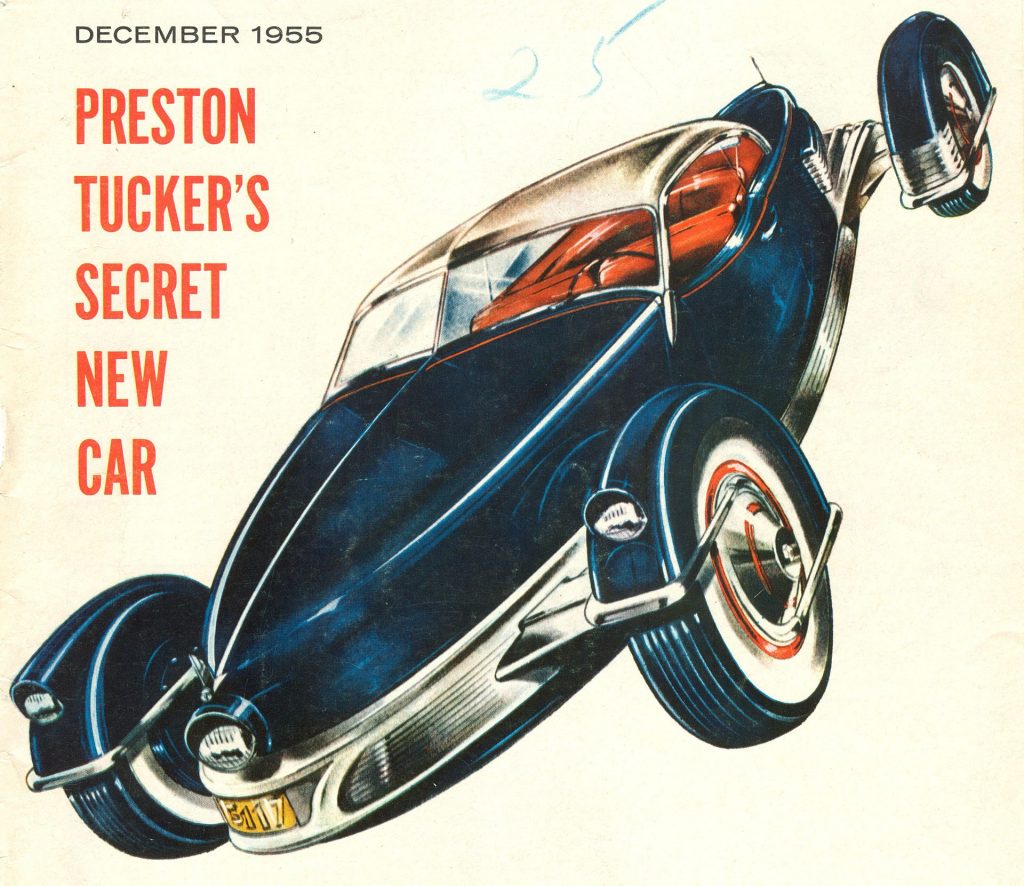 Cars remained a significant part of the American economy, and a driver of consumerism. Ford was no longer the only popular model, and each company had their new ‘popular car’. This drove the crazes to have the next big thing.

Republicanism – the Return of the GOP

Republicans in Congress, even before Eisenhower was elected President in 1952, were pushing for economic reform and deregulation. However, one key area in which they found significant support was in providing services for retired Army personnel – veterans.

The U.S. had a military on a scale that it had never seen before, and soldiers who had fought in the First and Second World Wars were coming to retirement age. The Republicans in Congress pushed for a ‘GI Bill’ (‘GI’ was the nickname for American soldiers).

This GI Bill established more hospitals, made cheap home loans available, and offered grants to pay for ex-soldiers to attend college or trade schools. These were hugely popular with American people, who wanted to see their soldiers looked after, but also meant that soldiers could return to the US and still contribute to the economy.

Then, in 1952 the first Republican was elected President since the 1920s. Dwight Eisenhower brought huge business support, as American businesses became increasingly annoyed at government intervention, and wanted to deregulate.

Eisenhower surrounding himself in government with successful businesspeople, and the U.S. economy boomed once more. Supported by the recovery and stimulus of Democratic policies, the economy was ready to fly once more. 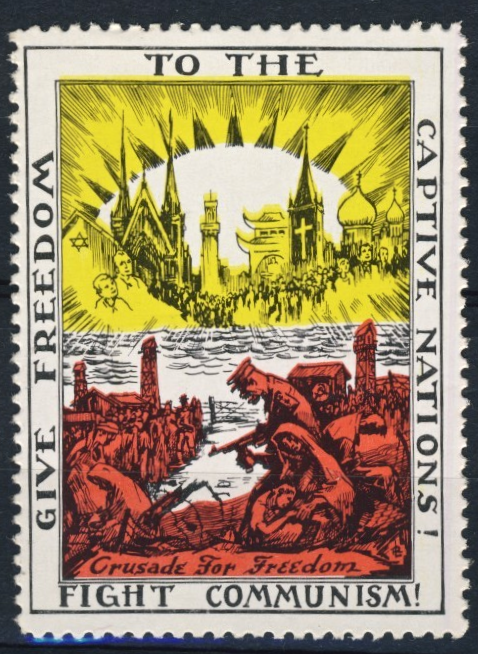 Eisenhower gained significant public support from his promises to be tougher on Communism. After the ‘Red Scare’ of the 1920s, anti-Communism was about to re-emerge in America under the guise of McCarthyism.

Truman, continuing the streak of Democratic Presidents, styled himself on Roosevelt, and agreed that the government had a duty to look after its people (rugged individualism was a defeated political concept). Just as Roosevelt offered a ‘New Deal’, Truman came up with the ‘Fair Deal’.

Truman’s ‘Fair Deal’ was aimed at helping the most deprived – those in poverty, and the African-Americans. He held that the New Deal was unsustainable, but that everyday Americans no longer needed as much help as in the Great Depression. As such, government could now focus on those most in need.

Truman raised the minimum wage from 40 cents to 75 cents, and provided some incentives to stop companies from simply firing these newly-expensive employees. Furthermore, the ‘Fair Deal’ cleared large slums to make way for affordable and government-subsidised housing.

These were largely hailed as successful; however, there was no avoiding that some companies couldn’t afford to pay the minimum wage, and so poorer workers were still fired. Furthermore, the new housing was good for those who had it, but the government never built as many new homes as the slums they had cleared.

Furthermore, Truman’s politics came under some criticism. Republicans blocked Truman’s ideas for national insurance (a tax to pay for better healthcare and government services). Furthermore, many of his proposals for improving the lives of African Americans were blocked by Southern politicians. 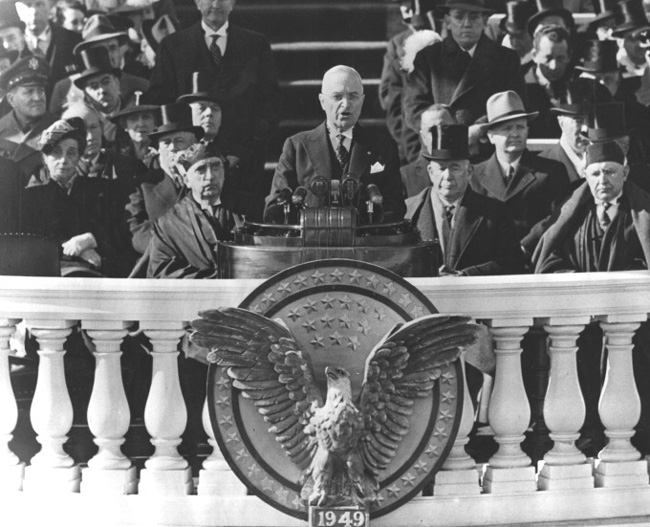 It was at his inauguration speech that Truman promised to follow the New Deal with a ‘Fair Deal’, looking after those in society of the greatest need.

Women after the War

During the War, women had been pivotal for keeping the American economy running. They had fulfilled vital jobs, kept factories open, fed the country, and even run many companies and local government offices in the place of the men who had gone off to fight.

Initially, there was an expectation that women would ‘go back to their more traditional roles of housewives’. Whilst during the war, women’s wages had risen to 66% of a man’s wage, after the war they fell back to 53%.

Furthermore, social expectations snapped back. By 1950, the average age at which a woman got married was 20, the lowest since 1890. This was arguably because people had been alarmed at the social changes prompted by the war, and social conservatism won out as men returned from the War to ‘reassert’ traditional values.

Women remained in employment predominantly in ‘female’ industries – teaching, nursing, and secretarial work. Women who attempted to continue in other, ‘male’, industries faced prejudice and suspicion. The widespread view was that ‘the woman’s place is in the home’. For a woman, the most appropriate ‘American Dream’ would be to have all of the latest gadgets, Made in America of course.

Society as such returned fairly strongly to a patriarchal model; however, women had seen the possibilities and autonomy that employment brought. Women were becoming increasingly frustrated with their limited lives.