During the 1950s the term ‘teenager’ becomes common. Before the war children were expected to work to support their families upon leaving school. Graduating from high school or college was uncommon. In fact, before the 1950s fewer than two out of three students completed compulsory education. After the war this changed, with a booming economy parents could now support their children. They no longer had to get a job, parents began to insist their children finished education and go to college afterwards. As a result, teenagers had more leisure time and spending power than previous generations.

Teenagers and the generation gap 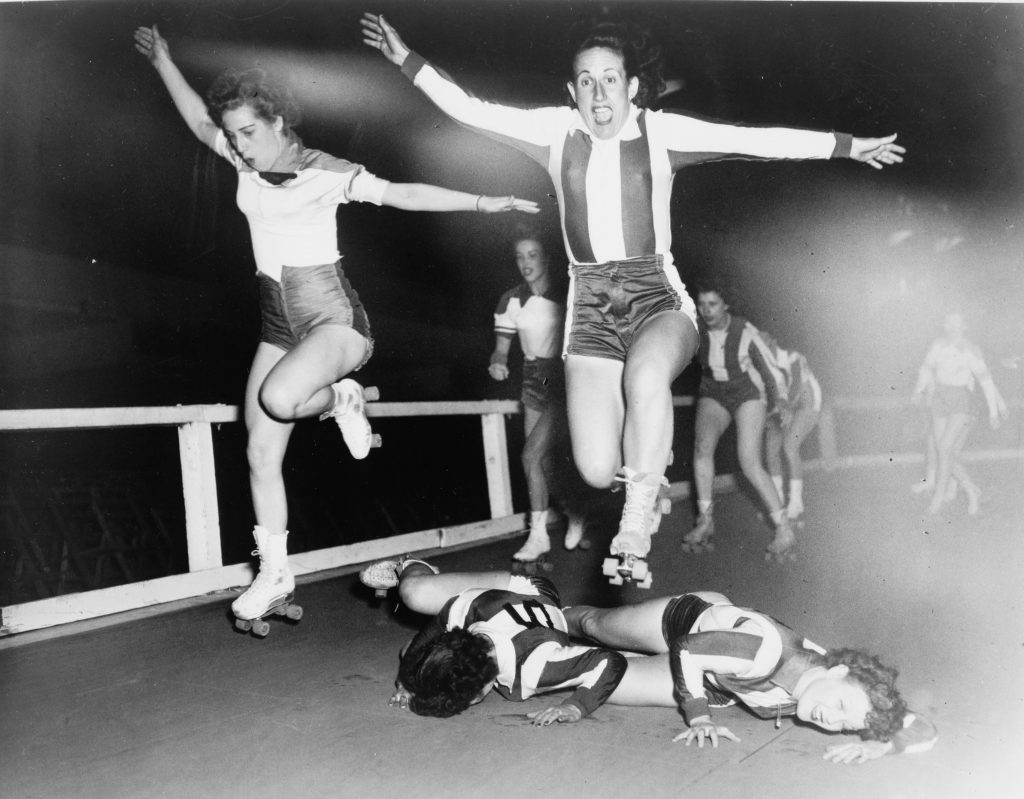 Rollerskating remained extremely popular, but teenagers would do so more aggressively, quickly, and energetically than ever before. Parent began to worry about how this, previously wholesome, activity had become rebellious and potentially dangerous.

The Influence of Various Musical Styles

Jazz: In the 1920s and 1930s, jazz was popular, e.g. Louis Armstrong and Duke Ellington. By the 1950s, there was less public craze over Jazz; however, Jazz clubs remained as popular as ever.

Country music: Country Music was popular – talking about the poor and deprived life of white Americans in the countryside. This music remained popular throughout most modern American history.

Blues: The blues music reflected the life of poor black people. This music had always been popular, and had great links to Jazz; however, in the 50s it was becoming more popular across America.

Musicals: In the 1940s the work of Rogers and Hammerstein made musicals popular, e.g. Oklahoma was a show on Broadway and it was made into a film in 1955, and it depicted the USA as a successful and optimistic country.. Broadway musicals continued to be written, and increasingly well-attended, throughout the 1950s.

Rock and roll: In the 1950s, rock and roll was popular, combining aspects of the blues and country music. In 1956 Elvis Presley came to the fore with his energetic dancing and his ‘sex appeal’. One of his popular songs was Heartbreak Hotel.

Bob Dylan and the Beach Boys: The__ 1950s __musical trends continue, and in the __1960s __bands like the Beach Boys and singers like Bob Dylan were popular, with open air concerts being held.

A new style of music spread across America in the 1950s – Rock and Roll. It had a strong rhythm and was easy to dance to which appealed to teenagers. The lyric often contained sexual references and was unpopular among older Americans. This made it even more popular with teenagers. It became linked with teenage crime and gang culture. A__ 1956__ TV performance by Elvis Presley was watched by a staggering 82% of Americans. 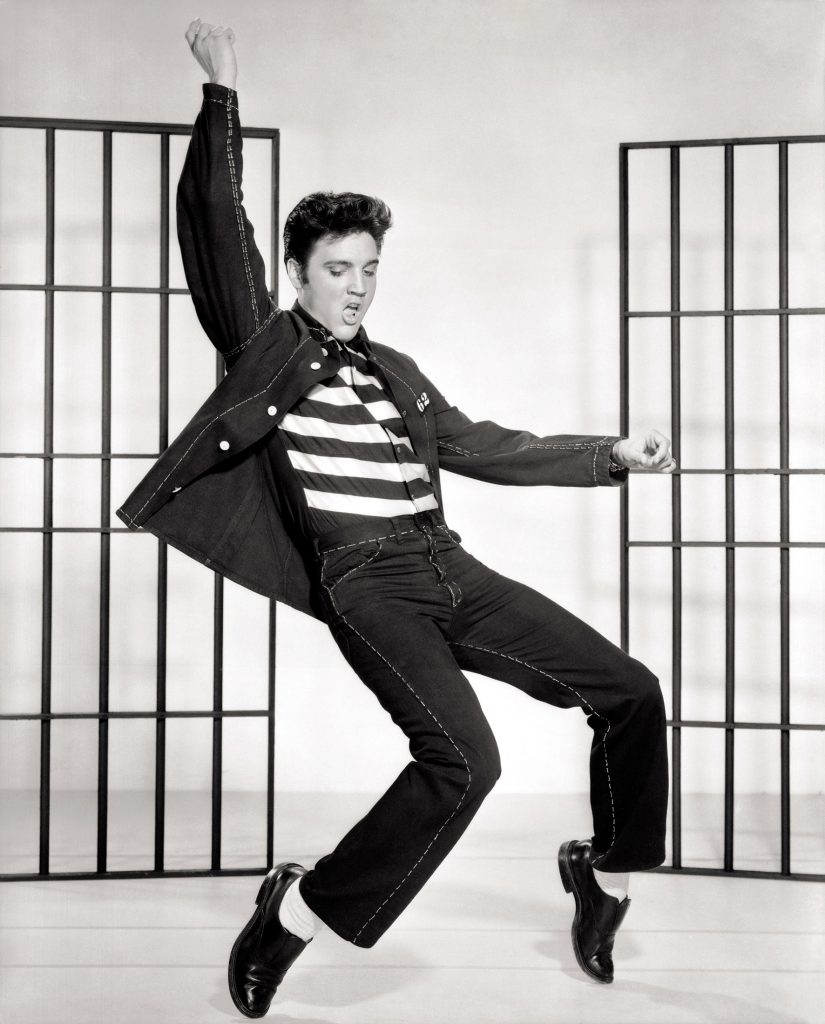 Elvis Presley’s ‘Jailhouse Rock’ was one of the defining cultural moments of the ‘Rock n Roll 1950s’.

Teenage boys became ‘thrill seekers’ who raced cars, drank heavily and formed gangs. Teenagers got a reputation for being rebellious, secretive and aggressive.

Figures like James Dean and Marlon Brando became emblems of teenage rebellion. In 1953 the film The Wild One, Brando’s character leads a motorcycle gang.

American businesses soon realised that they could sell products to teenagers, and they targeted their advertising to cash in on teenagers’ growing purchasing power.

With so many children around in the 1950s __(following the baby boom after the war), producers took the opportunity to also develop specific programmes for this new audience. __Many adverts targeted children by offering ‘special offers’. 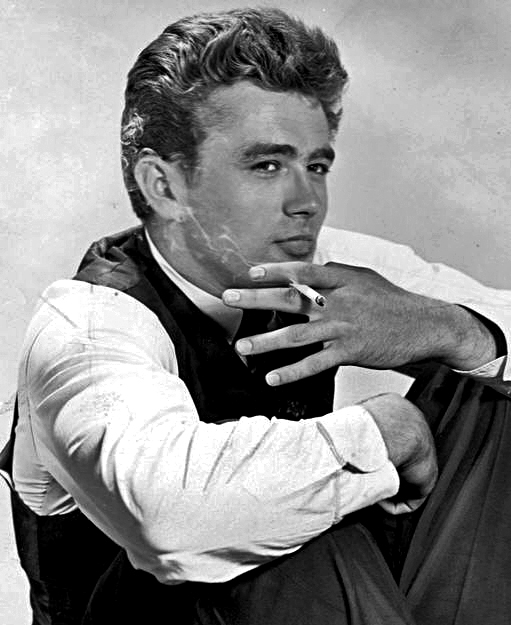 James Dean, pictured, was a popular star of the 1950s, showcasing a new type of character who was flawed, attractive, and would do things previously unthinkable for ‘Hollywood Heroes’.

One of the most popular products in the 1950s was the TV. At the start of the decade, there were about 3 million TV owners; by the end of it, there were 55 million, watching shows from 530 stations. The average price of TV sets dropped from about $500 in 1949 to $200 in 1953. TV also helped make professional and college sports big businesses, and sometimes provided excellent comedy and dramatic shows to vast audiences that might not otherwise have had access to them.

In the period following WWII when most of the films were idealised with conventional portrayals of men and women, young people wanted new and exciting symbols of rebellion. Hollywood responded to audience demands - the late 1940s and 1950s saw the rise of the anti-hero - with stars like newcomers James Dean. Due to television (a small black and white screen) becoming affordable and a permanent fixture in most people’s homes, the movies fought back with gimmicks - colour films, bigger screens, and Hollywood stars. 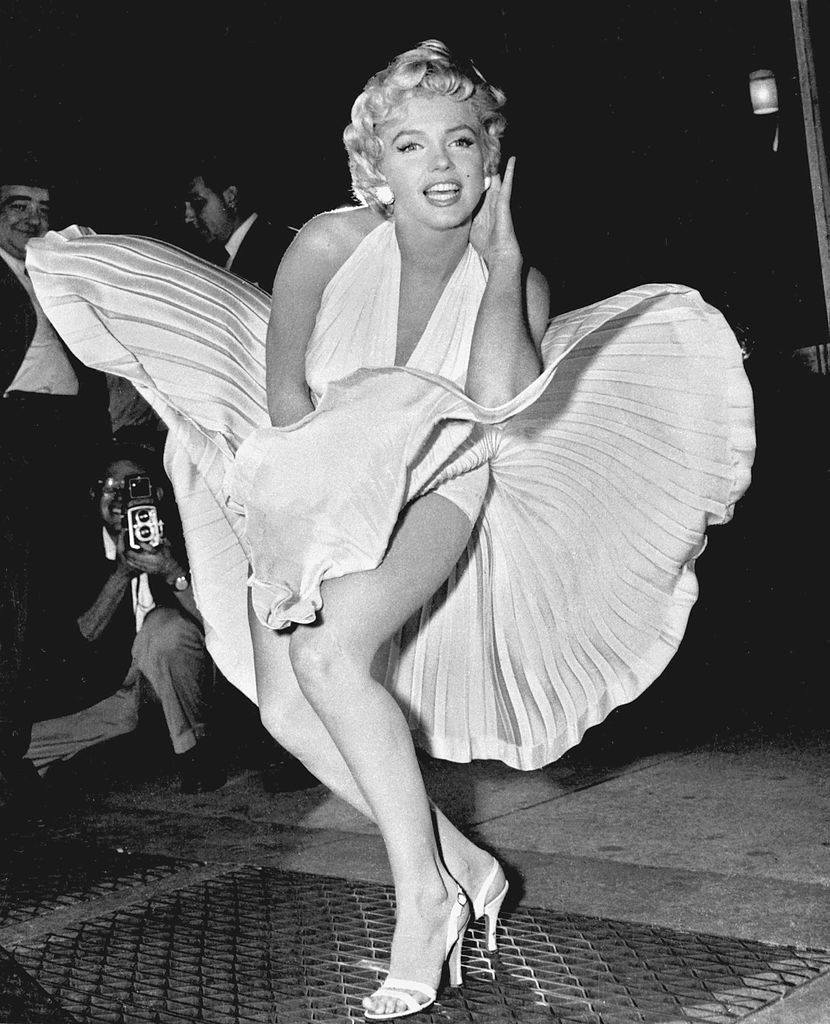 Marilyn Monroe is one of the most iconic stars of the 1950s. Monroe was no stranger to publicity, nor indeed to being sexualised for publicity. This photoshoot was to publicise her most recent movie - ‘The Seven Year Itch’.