Throughout most of American history, the role of women was seen as that of ‘housewife and mother’. By the start of the 1960s, increasing numbers of women were rejecting this. By 1973, women had arguably undergone a revolution in rights and social standing, ending with the Roe v. Wade case in the Supreme Court which ruled that women had the right to safe and legal abortions.

The word ‘feminism’ has been long debated, and the definition is still not fixed. In history, it changes quite a lot. For the purposes of this lesson, and your exam, you can work with the following definition:

The belief in the equality of the genders.

Put simply, the belief and demand that men and women are equal. It is not the belief that women are in any way better than men! 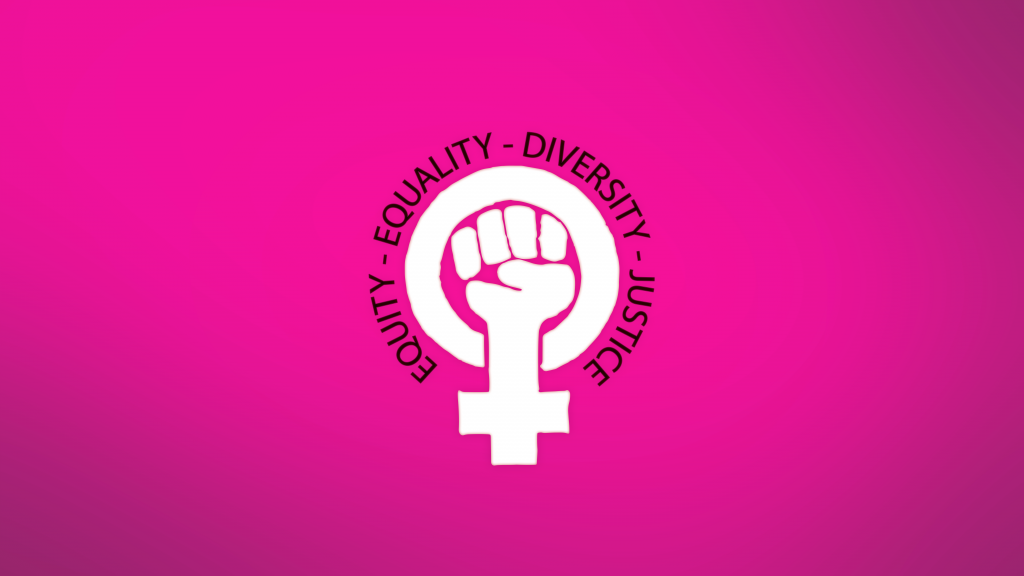 The Origins of American Feminism

In some ways, American women always had slightly different roles and expectations to women in Europe, thanks to increased opportunities in a new continent. Most significantly, though, women began to see, and demand, greater rights after the Second World War. More and more women had started to work during the Second World War – around 6 million women worked in factories at that time. Being able to earn their own money gave women a new sense of independence. By 1960, women made up around half of the workforce. 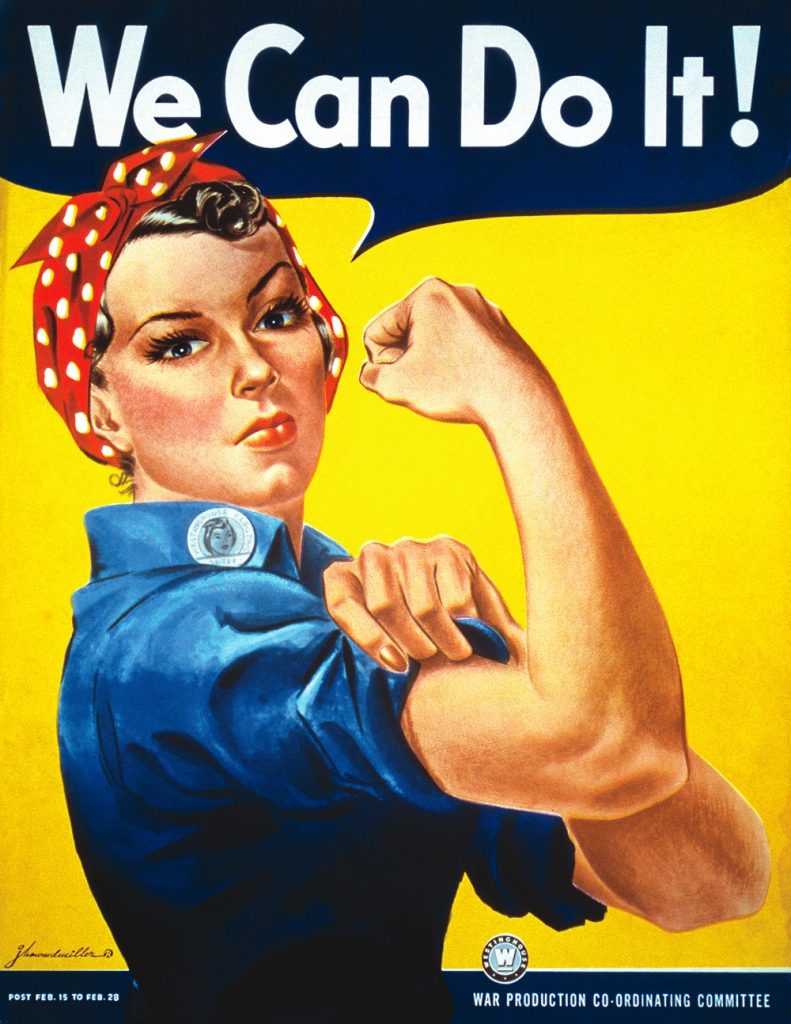 ‘Rosie the Riveter’ was a war-time character, to encourage women to join the war effort in the factories. As a result of campaigns like this, women began to demand more equality and recognition for their efforts.

Kennedy and the Status Commission

In 1960, JFK (under pressure from his wife, Jackie) set up the ‘Status Commission’, to report on the state of women and their rights in the workplace. This commission continued to work after his death, for LBJ.

In 1963, the Commission reported that:

Also in 1963, a piece of feminist literature went mainstream for the first time. The book ‘The Feminine Mystique’, by Betty Friedan, became very popular. It argued that women should have equal rights to men, including the ability to pursue a successful and fulfilling career. The book drew upon the testimonies and experiences of hundreds of colleagues, students, and workers across the country who felt undervalued and depressed as a result of their gender.

Finally, in 1963, Congress passed the Equal Pay Act, making it law to pay men and women the same for the same job. This, however, was easier said than done. 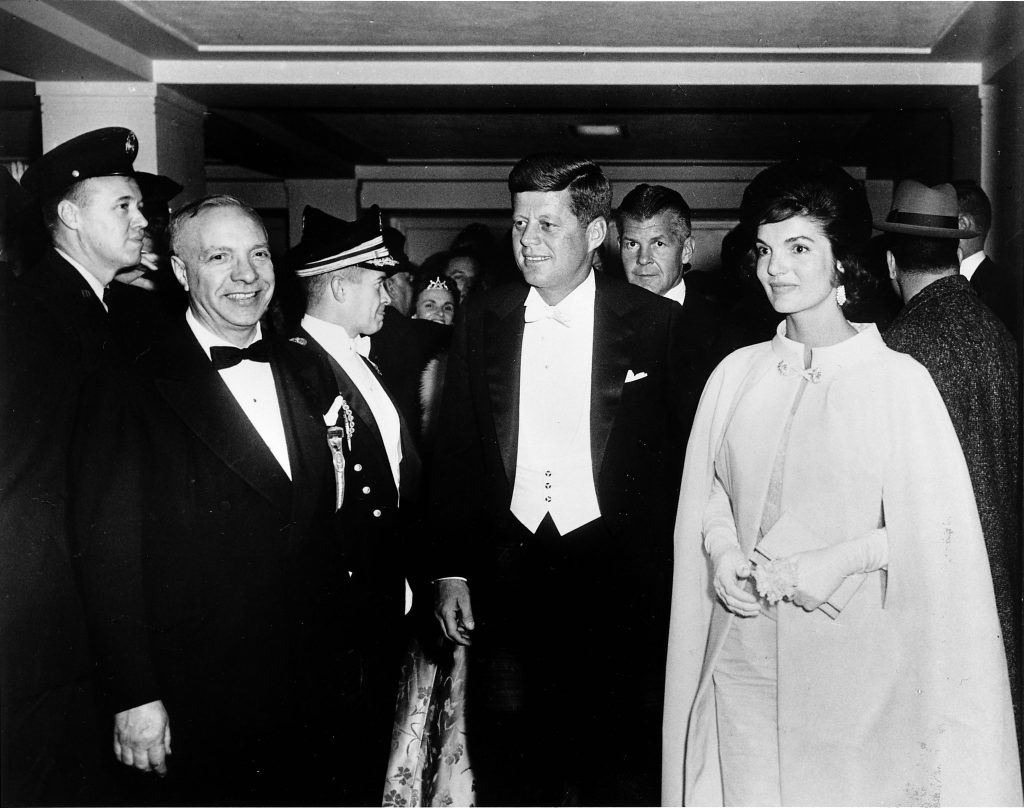 Kennedy’s wife, Jackie (right of photo), is widely believed to have been a strong influence on his work on gender inequality.

The variations in the Feminist Movement

Other groups followed quickly, including the Women’s Campaign Fund, the North American Indian Women’s Association, and the National Black Feminist Organisation. As a group, these were known as, and referred to, as the ‘Feminist Movement’. However, it was many middle-class, middle-aged women. Younger, more extreme women became known as the Women’s Liberation Movement.

These two broad groups had largely comparable goals; however, the younger ‘liberation’ group were upon occasion more aggressive / outgoing and ‘extreme’. These groups took more direct action, such as holding rallies to protest against women being expected to wear bras (it was at these events that the famous ‘bra burnings’ occurred). They also interrupted some beauty pageants – in 1968, 400 ‘Women’s Libbers’ crashed the ‘Miss Atlantic City’ pageant. 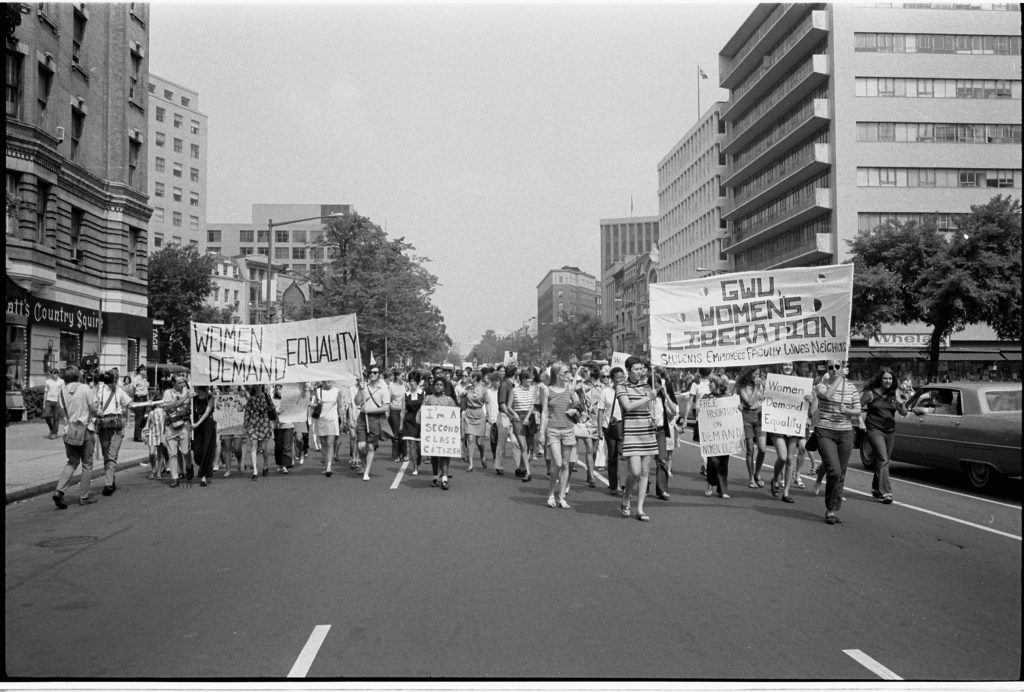 This photo shows a Women’s Liberation march, which took a stronger / more hardline stance than the NOW.

The Feminist Movement Takes Off

In 1964, the Equal Pay Act was followed by the Civil Rights Act, under Lyndon B. Johnson, which made it illegal to discriminate in employment on the grounds of gender (amongst other things).

Many women believed that whilst this was certainly a step forward, the problems facing women went much deeper than laws, and couldn’t be fixed that easily. Equal pay persisted, against the law, but more commonly it was simply that men would be promoted more, given better jobs with less qualifications, and have benefits in work that went beyond salaries.

In 1966, the National Organisation for Women (NOW) was founded in order to demand, and campaign for, equal rights for women across society. This included demands for women to have access to contraception, and abortions – to make their own decisions over reproduction. Women held protests and strikes in order to gain these rights. Within a few years NOW had 400,000 members.

After the initial successes of the Equal Pay Act, and the Civil Rights Act, women and Feminist groups maintained pressure on lawmakers.

They were able to pas the following laws:

A change to the constitution (the Equal Rights Amendment) ERA was passed by congress. It said that:

Equality of rights under the law could not be denied by the United States or by any State on account of sex.

However, there was a ‘Stop ERA’ campaign, led by Phyllis Schlafly. The campaign, through the efforts of Schlafly, managed to oppose the ERA, and stop it. This was because people feared that it would lead to higher abortion rates, unisex bathrooms, women in combat, and homosexual marriage. These were all things which society was not ready to accept, and so this stage of the ‘Feminist Revolution’ was stumped.

By 1972, women’s average pay still remained way below mens’ – partly because women simply did jobs which paid less, but also because many companies still paid women less than men for the same jobs. 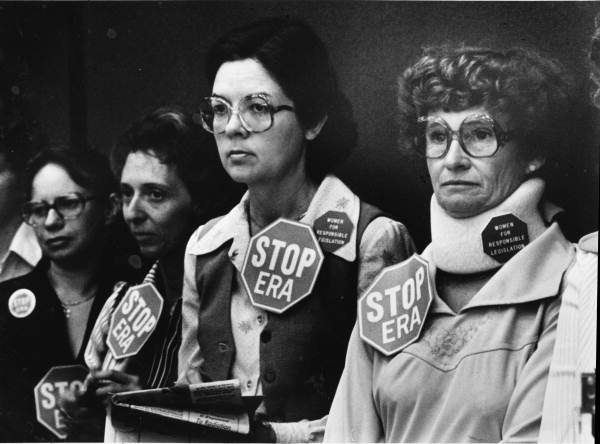 The ‘Stop ERA’ campaign was a significant setback for the Feminism movement, and represented the first time a concerted effort from other women had blocked them.

In 1973, lawyers argued successfully that 21 year-old Jane Roe (her real name was Norma McCorvey) had the right to an abortion, despite the anti-abortion laws in her State.

Following this case, the Supreme Court ruled that women had the right to safe and legal abortion, permanently overriding the anti-abortion laws of many states.

This was a fundamental shift in the American psyche, and an appropriate place to stop the course. After this, progress towards equality continued, but there has not been a breathrough of this scale since. Roe v. Wade represented a Federal, constitutional acceptance that women should be in control of their own lives, and should have fully equal rights to all men. Whilst equality has not been reached, it is certainly much closer as a result of the Feminist Movement / Women’s Liberation Movement, and the women that campaigned for them in the 1960s __and __1970s. 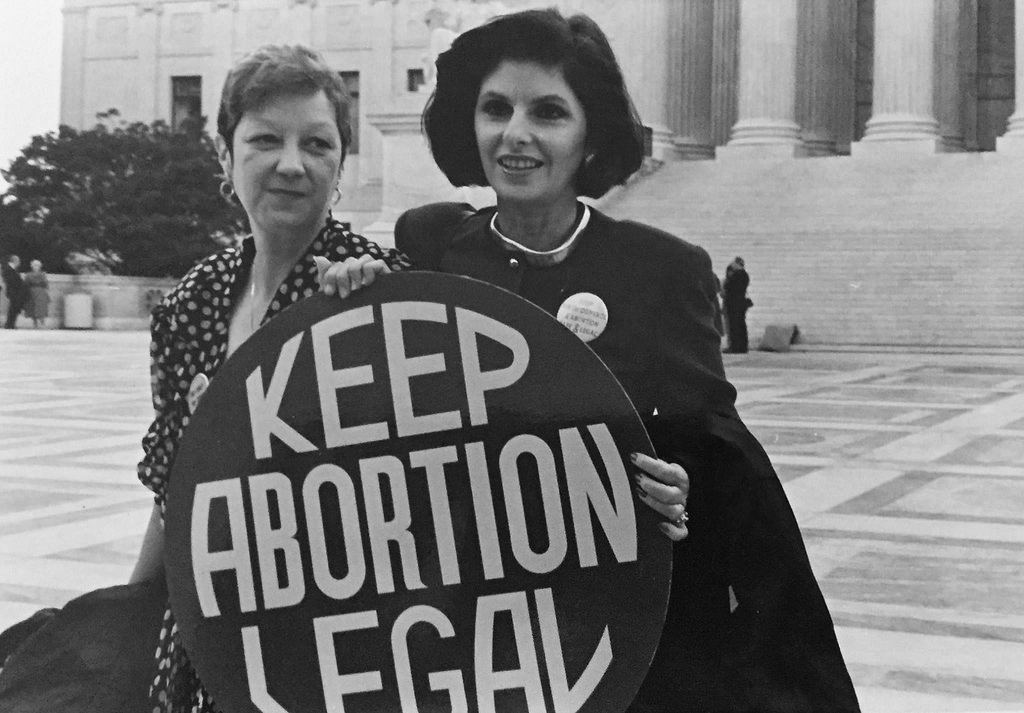