The first 100 days of a Presidency are considered particularly important for a new President, due to a surge in public support after the election and a bolstered democratic mandate. This was particularly true for Roosevelt. Roosevelt asked Congress for extra powers, and - partly as a result of his landslide election which brought more (and younger) Democratic Congressmen into power than ever before – Congress granted Roosevelt the same emergency powers a President has when the U.S. is at war. Roosevelt used this to immediately pass the New Deal legislation – his answer to the Great Depression.

Roosevelt’s approach to the New Deal was to try everything and anything. He hired experts in all fields into the government, calling this his ‘brain trust’, and launched a number of government agencies – called the ‘alphabet agencies’ because they were known by the acronyms (FCA, NRA, TVA, etc.). Whilst not all of these had huge effects, people were relieved to finally be seeing some action being taken. 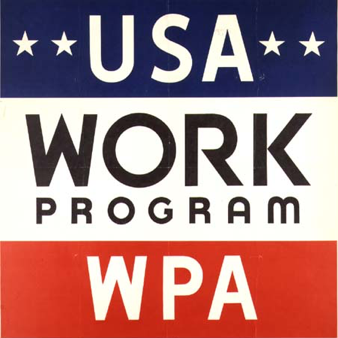 So what did the New Deal do?

The specific New Deal programmes will be looked at in following lessons.

So – the New Deal employed people, it paid for services that had stopped running during the Great Depression, and it build roads and homes to get America ‘back to normal’ again. And this all came out of the American governments’ budget… 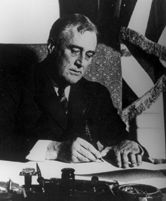 Roosevelt signed these Acts into law as soon as he was able upon taking office.

Opposition to the New Deal

The New Deal was not entirely popular. There was criticism even before the New Deal began – partly down to the divided nature of American politics (particularly over what the government should and shouldn’t do).

American politics is largely divided into two groups –Republicans and Democrats. Republicans had run the country since 1923, and had partly been blamed for the Great Depression; however, on the whole, they were still seen as the party that was more financially competent, whereas the Democrats had a legacy of overspending. Republicans were directly opposed to government intervention in both the economy and people’s everyday lives – as such, the New Deal was their worst nightmare. Furthermore, they opposed ‘federal’ (government of the whole country) intervention in the running of the individual States, they preferred to keep ‘small government’, and let local towns and cities run themselves. Again, this was directly opposed to the centralising and federal principles of the New Deal.

Source A shows these Republican criticisms:

A speech by Huey Long, an increasingly popular, though radical, left-wing Democrat. Whilst he was in the same party as Roosevelt, he constantly campaigned, arguing that the New Deal was not going far enough in supporting the everyday people of the United States. Long argued that Roosevelt came from money himself, and so did not see the need to redistribute wealth more radically.

‘The American People need a change! Too long, have we allowed the rich to get richer and do nothing to help their fellow countrymen. Well, I say the time has come for these people to give back! I demand that all those with wealth over $5 million surrender this extra wealth to the government (or we can just take it), and we can use this money to help real folks! We should use this money to build schools and have free education for all, and to subsidise food so that farmers still get a fair wage whilst the good people can afford to eat! And whilst we’re at it, why don’t we give every family a radio, a car, and a house! These are basic necessities, so why don’t we just let the people have them?!’

Source C is a reaction of an ‘ordinary’ American to these radical politics. This shows why the New Deal managed to convince most people – it was something new, but not too strange or too new. 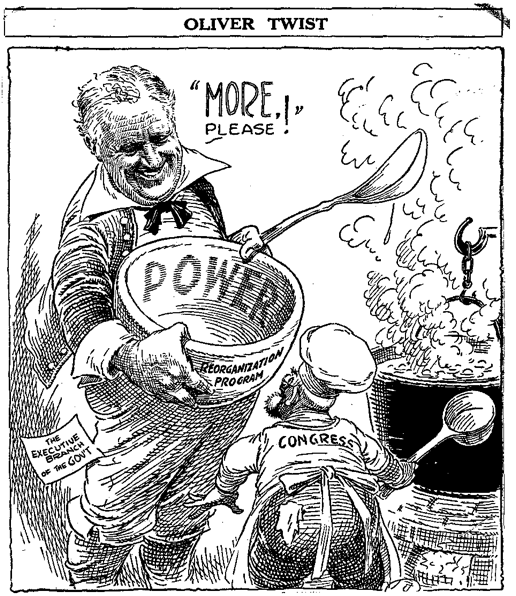 On the other hand, there was a growing feeling that neither the Republicans nor the Democrats could be trusted with the economy. Criticism didn’t only come Republicans, and new ‘radical’ ideas were starting to emerge. These ideas eschewed the established political order, and proposed huge overhauls of taxation, property, and so on – they all believed that the New Deal was not going far enough, and was just repeating the mistakes of the 1920s.

A suburban woman being interviewed on a radio programme about ‘mad new ideas’ going around. She had just attended a speech by Francis Townsend. The woman came from a moderately successful middle-income family. They had lost some money in the Great Depression; however, they had already owned their house and a shop, and so their investments were not so affected.

‘There are so many mad new ideas going around these days – I’ve heard them called ‘radical politics’. Well, they’re too far for my taste. This man Townsend, he proposes making everyone retire at the age of 60, just so young people can have jobs. Now, I’m all in favour of making jobs for the young – they need to learn the value of hard work – but we can’t just hand this to them. What’s more, my husband and I don’t have enough money to retire yet, and if we had to retire in just a few years then we wouldn’t be able to afford a comfortable life. How is that fair? It’s the same with that man, Coughlin, arguing for a higher minimum wage and shorter hours for workers – somebody has to pay for it!’