One of the main aims of the League of Nations was to promote, and aid, world disarmament. This meant encouraging countries to have less weapons and smaller armies. From the very beginning of the League, they had planned to run a conference to start countries talking about disarming.

This never materialised. The only real efforts at disarming was the Washington Naval Treaty of 1921, which took place outside of the League anyway.

Then, in 1932, the League finally got a conference together – to discuss disarmament. 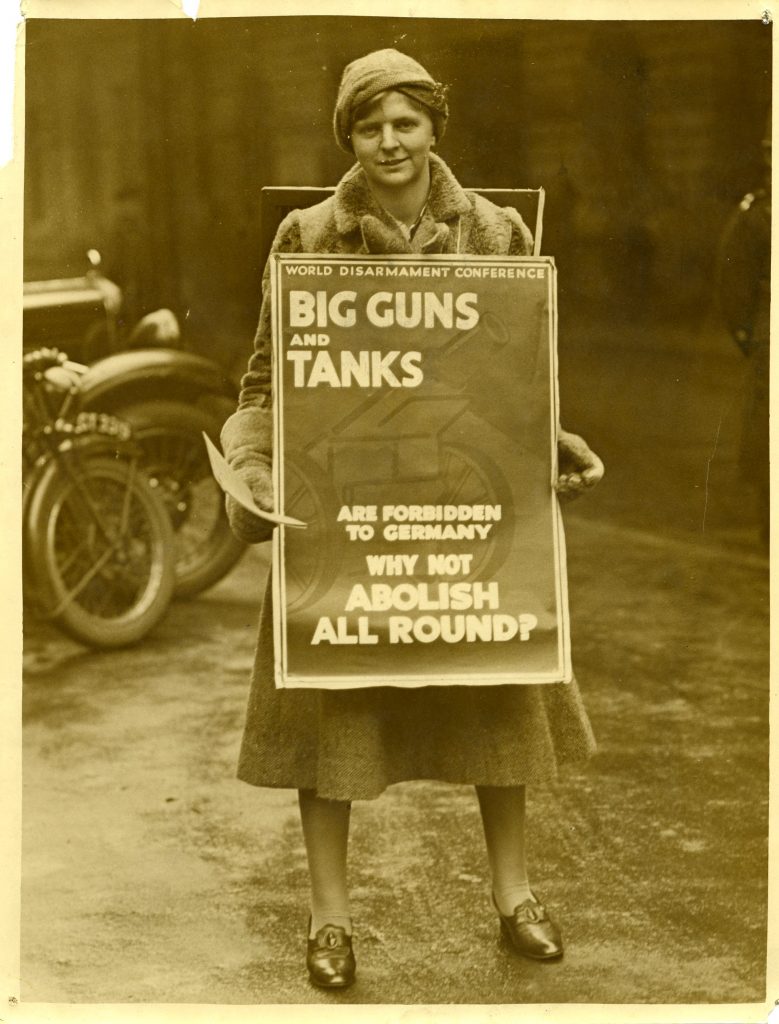 Partly thanks to the success and peace of the 1920s, by 1932 there was significant and widespread popular support for Disarmament. Many sympathised with Hitler’s request that France disarm too, especially in Britain. This popular sympathy made it even harder to react when Hitler did leave.

Hitler at the Conference

When Hitler became the Chancellor of Germany in __1933 __he attended the disarmament conference. One of Hitler’s aims, as stated clearly in Mein Kampf, was to undo the Treaty of Versailles and rearm Germany, and so he naturally went to the conference with a strong opinion.

Hitler played the conference very well. Against everyone’s expectations, he started extremely ‘reasonably’, and agreed to many of the plans for German disarmament, even lower than the numbers set at Versailles. He even suggested how things could be improved. Hitler made the point that he was clearly going beyond the efforts of many other countries, and asked why not every country was being expected to disarm to the same level. The answer he got was that full and equal disarmament was the eventual goal, but different countries might need longer.

Then Hitler turned the tables, and asked how French disarmament was going.

Britain and France were at the Disarmament Conference; however, they had not made as strong plans as many other countries, and were a little reluctant to let go of control. Hitler used this to fly into an outrage, and demanded very clearly that he expected France to disarm to exactly the same level as Germany.

Why was the failure of the Conference significant?

Firstly, German withdrawal from the conference meant that it collapsed – most countries felt there was no point disarming if Germany wasn’t going to, and others used this as an excuse to get out of a Conference they didn’t really want to follow in the first place.

Germany leaving the League was a severe blow as well. Western powers had felt good about bringing Germany into the League in 1926, and felt that this represented a new era of cooperation and peace. Without Germany in the League, other countries worried that this was one less way in which they could keep peace in Europe. It also meant that Germany had no legal obligation to follow League instructions or programmes.

Another significant issue was that Germany was claiming threat from France, and France were reacting badly which made them look aggressive. As such, Britain and other European states did not feel able to stop Germany from starting to re-arm, which was against the Treaty of Versailles. Therefore, Hitler had manipulated his way into starting to undermine the Treaty, and rearm Germany, without it looking like Germany’s fault.

What was the Disarmament Conference?
Your answer should include: 1932 / countries / less weapons / smaller armies
When did Germany leave the League of Nations?
1933

This made France panic – they were already wary of Hitler, and they saw this as a clear threat. France had still not recovered from the First World War, and so refused to disarm to anywhere near the level of Germany.

Hitler used this as an excuse to storm out of the conference. He even went so far as to claim that the French refusal to disarm was evidence of a French plot to invade Germany. He withdrew the German delegation to the conference, and left the League of Nations (1933). 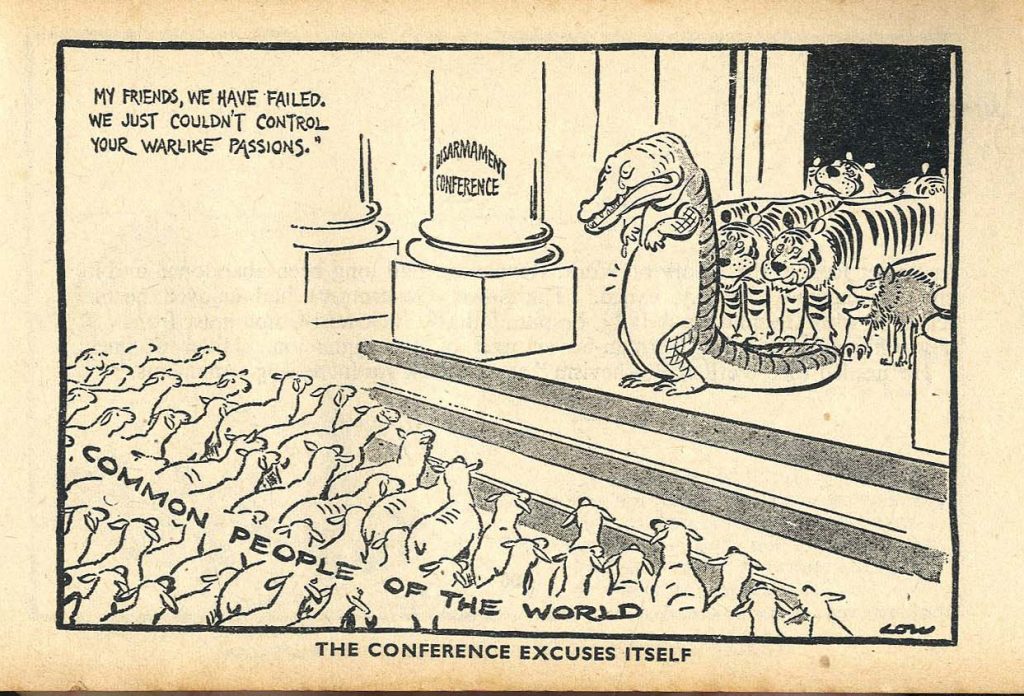 This cartoon from the time (from the ever-awesome cartoonist David Low) embodies the public reaction to the failure of the Conference. Large countries were continuing to get away with having ridiculously strong armies, which (according to advocates of disarmament) only made the world more dangerous, and made smaller countries more vulnerable.