Why did Mussolini want to invade Abyssinia?

There were several reasons why Mussolini wanted to invade Abyssinia:

This map shows just how much of Africa was controlled by European countries in the early 1900s. This map is from before the First World War, so in 1935 German colonies were also owned by Britain and France. Abyssinia is shown as Ethiopia, the yellow country to the right.

The final nail in the coffin?

To all intents and purposes, the League was now finished. It had significantly failed, several times, to keep peace. Britain and France had shown their lack of faith in the League. Member states had been failed when they asked the League for help. In 1936, Italy also left the League. This drove Mussolini to break the Stresa Front and ally with Hitler.

This showed Hitler that the League’s power as a peacekeeping force – and indeed a force to guarantee the Treaty of Versailles – was critically limited. He knew full well that the League would not be able to stop him from destroying the Treaty. In 1936, Hitler marched into the Rhineland, breaking the demilitarised term of the Treaty. Nothing happened. 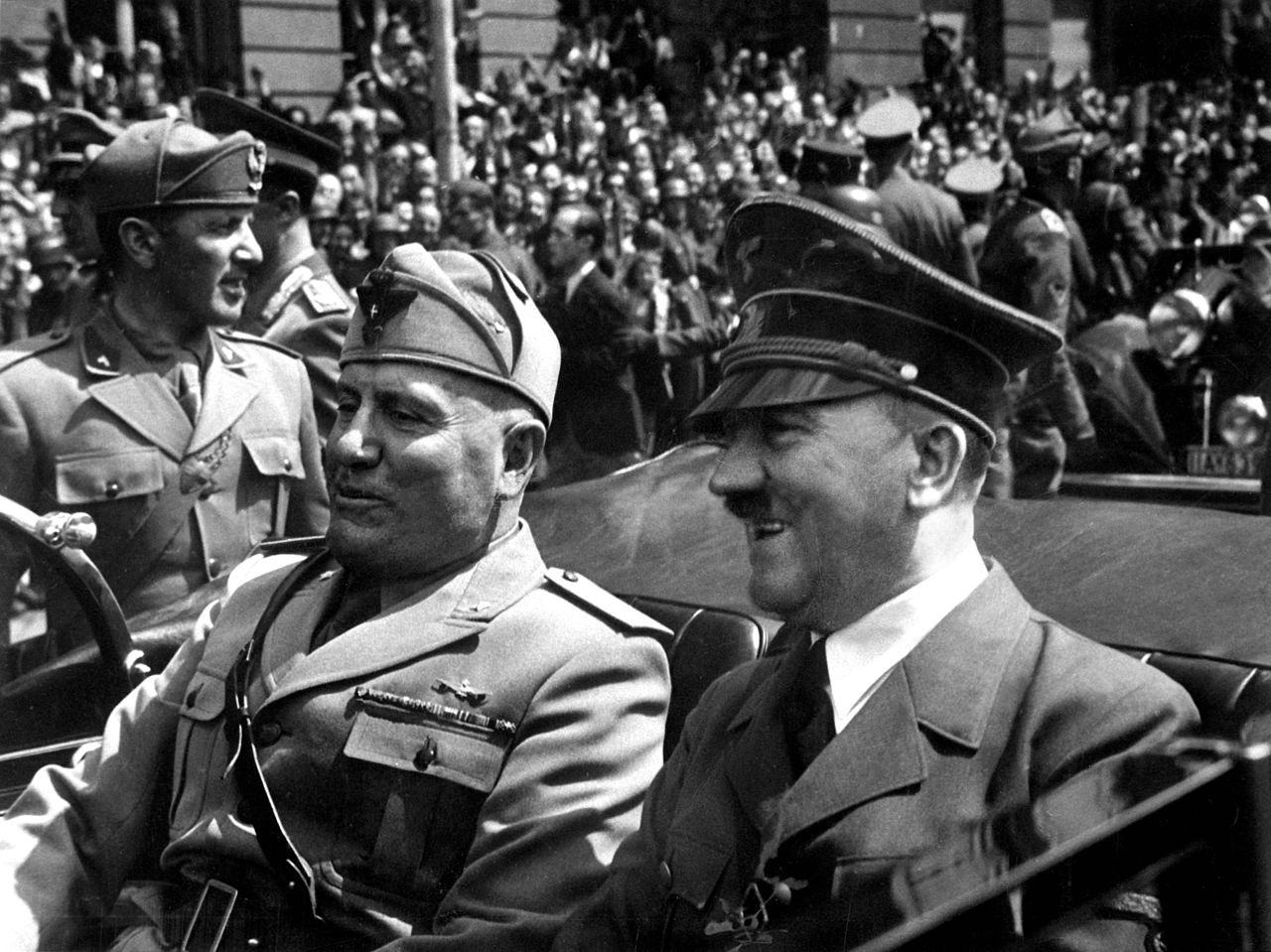 This photograph shows Hitler and Mussolini riding in a car together in 1940. The two countries had been in frequent disagreement until 1935, but the Abyssinian Crisis brought them together in opposition with the League, and Britain and France.

Why did Mussolini think he would be successful?

In December of 1934, at the oasis of Wal Wal (well inside Abyssinian territory), Abyssinian and Italian forces came into conflict. 150 Abyssinians and 2 Italians were killed. Mussolini went into uproar, and claimed that this was unprovoked and that he needed to retaliate.

The League attempted to quickly arbitrate, but Mussolini was not willing to listen. Instead, he preferred to make secret deals (outside of the League) with Britain and France. Britain and France had not quite coordinated their strategy, and so they both promised Mussolini different things. Mussolini took both, and prepared to invade Abyssinia anyway.

Haile Selassie, the Abyssinian Emperor, addressed the League in June of 1935. He warned the League that failing to deal with Mussolini would destroy all remaining confidence in the League. He appealed again and again for an armed League force to help defend Abyssinia, and real sanctions against Italy.

The League issued a moral condemnation (the second sanction). This did nothing, Mussolini continued to rally his forces to prepare for a full invasion. On the 3rd of October, 1935, Italy staged the invasion. The Italian forces bombed all over the country, and used chemical weapons to force the Abyssinians to surrender. By May of 1936, Italy had conquered the Abyssinian capital (Addis Ababa), and Abyssinia was effectively conquered. 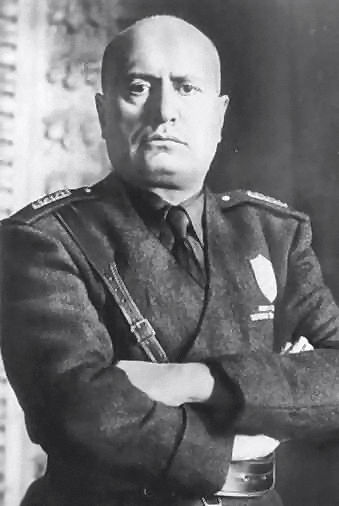 This was Mussolini’s official portrait as dictator. It shows you a lot about his style…

What limited the League in Abyssinia?

The League did eventually try to impose economic sanctions on Italy. They banned the sale of guns and other weapons, but that was it. They did not ban the import of coal, steel, or oil. This was because Italy imported most of its coal from Britain, who did not want to lose the business, and oil from the U.S., who did not need to follow League sanctions as they were not a member.

Mussolini later said that if the League had banned coal and oil, he would have had to cancel the invasion as he would not have been able to run his tanks or planes.

The League also banned the sale of weapons to Abyssinia. This meant that Abyssinia could not get anything with which to defend itself. Even though other countries wanted to help, they were not allowed to. Italy’s army was significantly more modern and powerful, and Abyssinia now had no way to catch up.

Failure to close the Suez Canal

The Suez canal runs through Egypt, and it the only way Italy could get supplies to the war in Abyssinia. If the League had shut the canal – Britain essentially controlled it – then Mussolini would have had to stop. Britain was not willing to lose the business and tax it gained by regulating and controlling the Canal. France also did not support closing the Canal, as they were desperate to keep Mussolini on their side in case of conflict with Hitler.

Britain and France tried a second time to make secret deals with Italy over the future of Abyssinia. They sent their foreign ministers, Pierre Laval and Samuel Hoare, to deal with Mussolini. Late in 1935, they made a secret deal (without Abyssinia’s consent) to give Mussolini about 2/3 of Abyssinia without a fuss, if he promised to leave. The land they wanted to give Italy was the fertile, nicer areas, to leave Abyssinia with the unproductive mountain land.

Details of this were leaked to the newspapers. This promoted a public outcry, as the public were already anti-Mussolini and thought their countries should be doing more to stop him. Both politicians were forced to resign, but this further undermined the League. It showed that the two most powerful countries in the League now didn’t have enough faith in it, and were negotiating secretly outside of the League. Mussolini then went and conquered the rest of Abyssinia anyway.

Japan was not the only country to lash out during the Great Depression. After the First World War, Italy had been overtaken by a dictator called Mussolini. One of Mussolini’s goals was to create a ‘Second Roman Empire’, and spread Italy’s power. Italy was not recovering well from the Great Depression even by 1935, so he sought a distraction.

Abyssinia was a name for what we now call Ethiopia. It was one of only two free countries left in Africa. Italy had tried to invade it in 1896, but had been humiliatingly defeated.