The Treaty of Versailles was signed in 1919, and formally ended the First World War. Germany had surrendered and signed an Armistice in November of__ 1918, but the full terms of the Peace Treaty were not finished, or announced until June of __1919. The talks for the Peace Treaty were known as the Paris Peace Conferences (PPC), and the Treat which dealt with Germany was called the Treaty of Versailles (ToV).

(An armistice is an agreement to stop fighting, to try and negotiate a peace. It is not a full peace treaty, which formally ends a war. Remember, the Armistice was in 1918 but the Peace Treaty was in 1919.)

Three countries dominated the PPC: Britain, France, and the United States. These were the victorious powers in the First World War.

These were known as the Big Three. Germany was not invited__.

Before we learn how the Treaty turned out, we need to know what the Big Three wanted out of the Treaty. 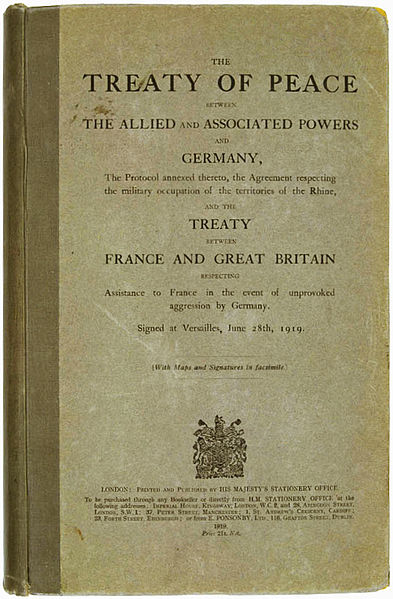 The ‘front cover’ of the Treaty of Versailles.

Clemenceau was known as The Tiger because he was (believed to be) so aggressive and out to destroy Germany and show them no mercy.

France had lost a war against Germany in 1871, and worried that they would have lost the First World War without British and American help. As such, they wanted to ensure that another war could not break out. They also wanted to make sure that they were surrounded by unbreakable alliances if there ever was another war.

As part of wanting to feel safe, France also wanted to destroy Germany. Failing that, they demanded that Germany be absolutely crippled. They wanted to make sure Germany could never again be a military threat to France.

*As such, France wanted to tie Britain and America into an alliance, or protection treaty. Furthermore, Clemenceau wanted to totally remove the German army, and even go so far as to break Germany up into many smaller countries, so that ‘Germany’ no longer even existed.

Linked to the above point, France was feeling the pain of the aftermath of the First World War. The Western Front had run all through France, and nearly all of the fighting in the West took place in France. This, combined with their humiliation in 1871, over which they were still resentful, meant that France was in the mood for revenge. This doubled Clemenceau’s determination to break Germany apart, and make them pay seriously.

*As such, Clemenceau wanted to take Germany apart, until it wasn’t a country any more, and take all of their money.

France saw the most devastation during the First World War, particularly in the North-East of the country. Mines, railways, factories, bridges, and farmland were all massively damaged. France was in huge debt, would have to pay costs to millions of soldiers and their families, and needed to rebuild.

*As such, Clemenceau pushed extremely hard for high levels of reparations. He was determined that Germany would pay for every single cent of the damage caused the France during the War.

Clemenceau was actually surprisingly willing to compromise with the other leaders. He was facing severe pressure from both French politicians and the French people; however, he thought a quick and effective peace was more important than punishing Germany for everything he could. He was up for re-election fairly soon in France, so this did push him to be harsher at times. 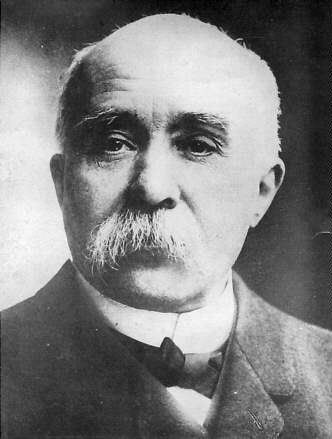 Britain had four priorities: trade, their navy, the British Empire, and avoiding blame for the War.

Lloyd-George was known as the Banker because his priorities were mainly economic, and he was looking out for British interests most of all.

Britain had spent a lot of money on the War, and before the War Germany had been a crucial trading partner. They also wanted to make sure that Germany was not punished so harshly that they could not still trade with Britain.

Lloyd-George was also particularly worried that a weakened Germany would fall to Communism (which had overthrown the government in Russia in 1917), and so didn’t want to punish Germany too harshly for this reason as well.

Britain did, however, want some reparations.

*As such, there was conflict over how Britain would best benefit economically from the Treaty – they wanted to walk a fine line between reparations and keeping Germany strong enough to trade.

(Reparations are payments after a war made between countries, normally if the victorious powers blame the losing power for the war.)

One of the causes of the First World War had been competition between Germany and Britain over the strengths of their navies, and Britain wanted to ensure that they would have the strongest navy in the world. They also wanted to extend their control over trading and shipping routes around the Empire. A strong British Navy was also essential for protecting the British Empire.

*As such, Lloyd-George was determined to decrease the size and power of the German navy at the Treaty. He also wanted guarantees that Britain could control certain trading routes.

The Empire was a significant source of British pride, and some colonies were economically very important. Lloyd-George wanted to extend this, by taking over control of German colonies in Africa. In particular, Lloyd-George dreamed of building a ‘Pan-African’ railway, which he would be able to do if he controlled some German colonies in Eastern Africa.

This also links to British naval ambitions, as the Navy and Empire were inextricably linked.

*As such, Lloyd-George wanted control over German colonies in Eastern Africa, and any others he could get.

Avoiding Blame for the War

Britain had in some ways contributed to the outbreak of the First World War, especially with their competitions with Germany over Empire and the Navy. Lloyd-George wanted to make sure that Britain bore no brunt of the blame, and make sure that Germany took blame.

He also wanted this so he could use this blame to justify making Germany pay reparations.

*As such, Lloyd-George wanted to blame Germany for the War.

Lloyd-George was also facing re-election, and had gone to the Treaty by telling the British public that he was going to ‘squeeze Germany until the pips squeaked’. Personally, however, Clemenceau was worried that treating Germany too harshly would lead to them wanting revenge. He privately predicted that ‘a bad treaty would just lead to another war in 25 years’. 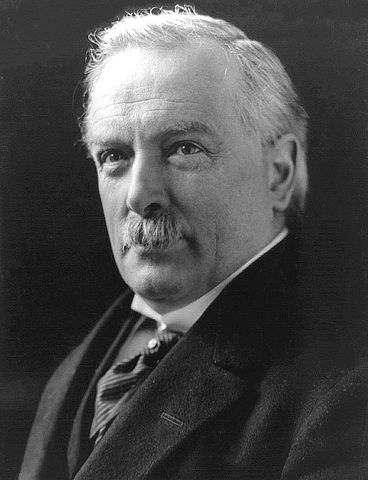 America had a much more transparent, and published, plan. Wilson attended the Treaty after publishing his ‘Fourteen Points’.

Wilson was known as the Dreamer because he was so idealistic, he came with unrealistic expectations and didn’t really do much to get them achieved.

You should make sure you learn at least three important Points (suitable ones are starred).

The Fourteen Points were:

(Self-determination was the idea that all nations / nationalities should be able to govern themselves as their own countries – and not be part of larger empires.)

Wilson believed passionately in his 14 Points, but arguably came to the PPC a little bit naively. He was unrealistic about what Britain and France would be willing to compromise, and allowed them to take advantage of him slightly. 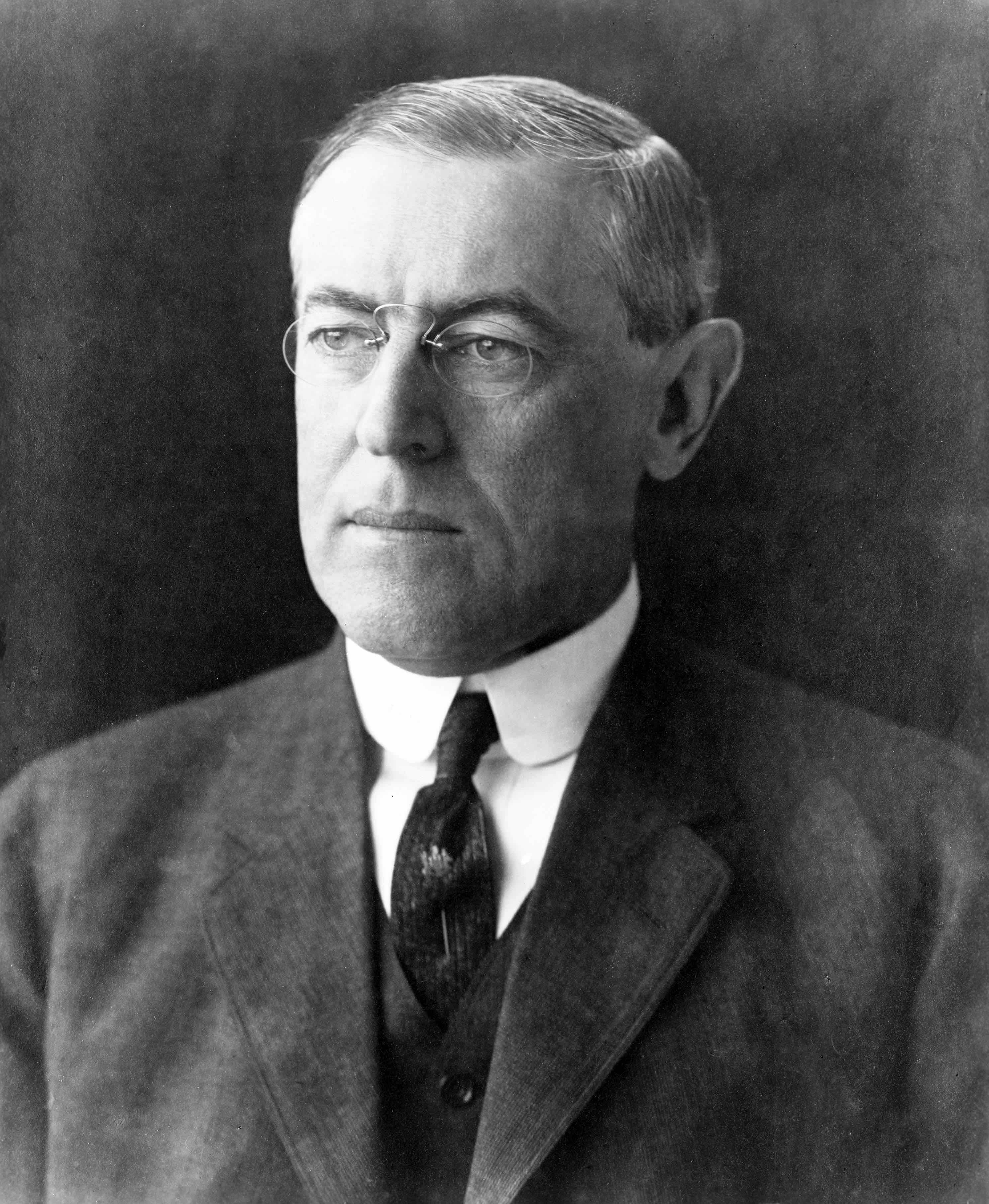 Woodrow, ‘the Dreamer’, Wilson. The President of the United States of America.

So – the Big Three did not all agree…

Lloyd-George won, and freedom of the seas was not established until 1945, after the Second World War.

Clemenceau wanted to remove Germany’s military completely, whereas Lloyd-George wanted Germany to be a strong border against Communism.

There was a compromise on a very small, but existing, military.

Where Clemenceau wanted revenge, Wilson was an idealist and wanted the best solution for everybody.

Clemenceau largely won this one, especially as Germany got full blame for the War.

Wilson wanted freedom for colonies with a fair system to guide them to independence. Lloyd-George massively objected to that, wanting Germany colonies for Britain.

Britain won, and France also got some Germany colonies.

Clemenceau wanted every single Germany penny in Reparations, to pay for the damage to France, whereas Lloyd-George wanted Germany to have enough money to keep trading with Britain.

Britain largely won, as Reparations were high (of which Britain got a lot), but Germany could still trade.