It was not just Catholics who were unhappy with Elizabeth’s religious settlement. Puritans were also dissatisfied with the compromise that Elizabeth had set up. Because the Middle Way Church was a combination of Catholicism and Protestantism, this would always anger the more extreme members of both sides – just as Catholics resented the banning of Mass, so would some Protestants resent the hints of Catholic decadence and aesthetic in the Church of England. 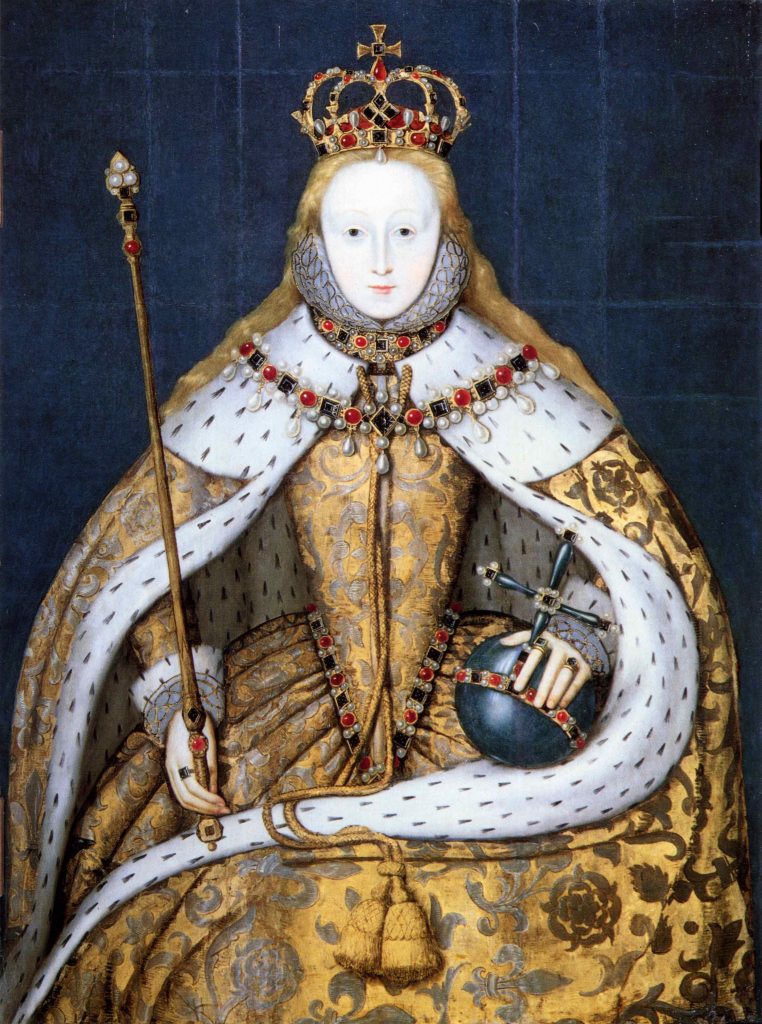 _Elizabeth always knew that religion was going to be a problem, and indeed was one of her priorities upon ascending the throne. This is clear from her coronation portrait, which contains heavy religious imagery, borrowing from both Catholicism and Protestantism. _

Prophesying: Prayer meetings in which strict Protestants / Puritans discussed the Bible. This was often where Puritans would spread their ideas.

RobertDudley: An important member of the Privy Council – Dudley was a Puritan.

SupremeGovernor: Part of the Act of Supremacy (1559) was that Elizabeth was declared Supreme Governor of the Anglican Church / Church of England. Some Puritans refused to accept this, just as they also rejected the Pope.

Why did this worry Elizabeth?

Elizabeth was worried by this as she felt that no one should be in a position to challenge her authority over the church. She was Supreme Governor of the Church and was therefore in charge of the structure of the Church. Elizabeth did not like that the Puritans wanted to dispute this as it was trying to take away her control; she saw it as a dangerous, revolutionary threat to her own authority.

Puritans had some influence, and owned one printing press in London in particular. They used this press to spread their ideas en-masse, to print pamphlets for the common people which attempted to criticise the Anglican Church and spread Puritan ideas.

Puritan printing presses were destroyed in __1572 __after two pamphlets criticising the structure and beliefs of Elizabeth’s church were published.

Puritan ideas were debated in Parliament and this made Elizabeth angry and she said that MPs were no longer allowed to discuss religious matters in Parliament without her permission.

When the Puritan Peter Wentworth challenged this, he was sent to prison.

The puritan threat also led to a serious disagreement between the Queen and the Archbishop of Canterbury, Edward Grindal. She was concerned about the process of Prophesying__. __

Prophesying__ __was when prayer meetings were held, the Bible was discussed and debated and were sermons were said. They were training sessions for the clergy.

Elizabeth was concerned that these meetings were a dangerous opportunity for Puritan ideas to spread – those who undertook prophesying tended to be the stricter branches of Protestantism and Puritanism. When Grindal refused to close the meetings down, Elizabeth put him under House Arrest where he stayed for seven years before his death. 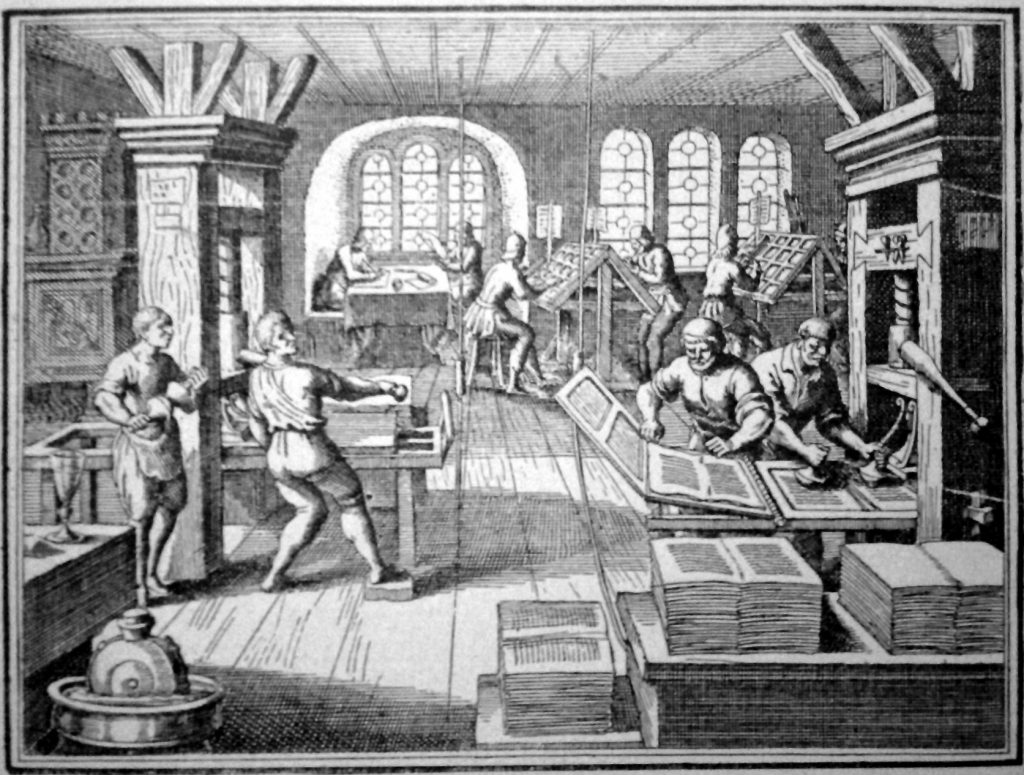 The printing press was a key invention of the Renaissance, and it allowed ideas and work to be spread. Elizabeth was well aware of the power of the printing press, and used it herself to great effect. When the Puritan printing press became an issue, she wasted no time in shutting it down.

Grindal’s replacement as the new Archbishop of Canterbury was called John Whitgift. He was a strict Anglican who ended prayer meetings to have tighter control of the clergy and the types of ideas that would be spreading. He also immediately issued the Three Articles. This forced all the members of the clergy to swear acceptance to bishops, the prayer book and the Thirty Nine Articles Act of 1563. 300 were suspended as a result of this and this caused mixed opinions within the church. In the same year as Whitgift’s appointment to Archbishop, a Puritan called William Stubbs had his hand cut off for writing a pamphlet criticising Elizabeth. Whitgift punished people who were puritan.

Archbishop Whitgift’s harsh approach pushed a few Puritans into breaking away from the Anglicans altogether to become Separatists. These were Puritan people who did not like Elizabeth’s church and the way it was run and wanted to meet separately.

Later on Puritan pamphlets were published and people were shocked by the harsh nature and language used in them. The government used this to try and turn people against the puritans. It also gave the government the excuse it needed to attack the Puritans further.

In 1593__ the government passed the __Act Against Seditious Sectaries 1593__. __This allowed the government to execute anyone who was suspected of being a separatist. 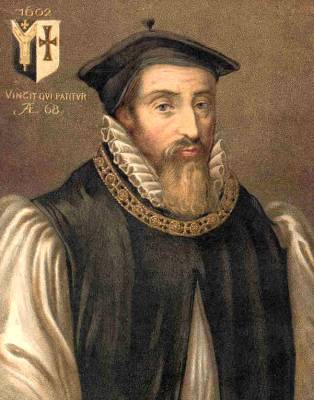 Who were the Puritans?

Puritans were very strict Protestants__ __who did not want any elements of the Catholic Church in their services. Puritans felt that a lot of the Catholic teachings were corrupt and many of the traditions were based on superstition and not the Bible. They did not like the Anglican clergy wearing vestments as they felt it was too Catholic.

The Puritans became a problem for Elizabeth from the 1570’s onwards. There were many senior people in the Court, even in the church and Parliament, who were sympathetic to the Puritans. Robert Dudley was a Puritan.

Thomas Cartwright was a Puritan who was influenced by Calvinist ideas, which were becoming popular in Scotland. These were Puritan teachings which followed the European Puritan John Calvin. Cartwright called for there to be no more bishops and also refused to acknowledge Elizabeth as supreme governor.

This is a poster from the time, created to ‘warn’ the British people of the dangers of Puritans. The majority of the population were not strict Protestants, and did not want their influence in society.