The stability of Elizabeth’s reign over time is a crucial long-term question. Her stability changed frequently, and many argue that whilst she enjoyed a peak of stability in the middle of her reign, Elizabeth started to lose some strength before her death in 1603.

We will run briefly though some events that you have already learned about, with a focus on Elizabeth’s stability. We will then focus on Essex’s Rebellion in 1601, which for some historians showcases how Elizabeth’s authority was beginning to fade.

When Elizabeth came to power, she inherited many problems. These included debt, unpopularity abroad, and religious turmoil. These were largely the legacy left by the Tudors so far (Henry VIII and Mary in particular).

To make matters worse, Elizabeth faced misogyny and sexism. As a woman in the 16th Century, people doubted her ability to rule. From everyday people who felt that a woman had no right to tell them what to do, to noblemen who saw her as a ‘prize’ to be married for power, Elizabeth was not respected.

Elizabeth deals with some of her problems early – the Act of Supremacy and Act of Uniformity (both 1559) both establish clear religious guidelines. These make her position clear, and give her something to work with. Other problems, such as money and gender would take longer to address. 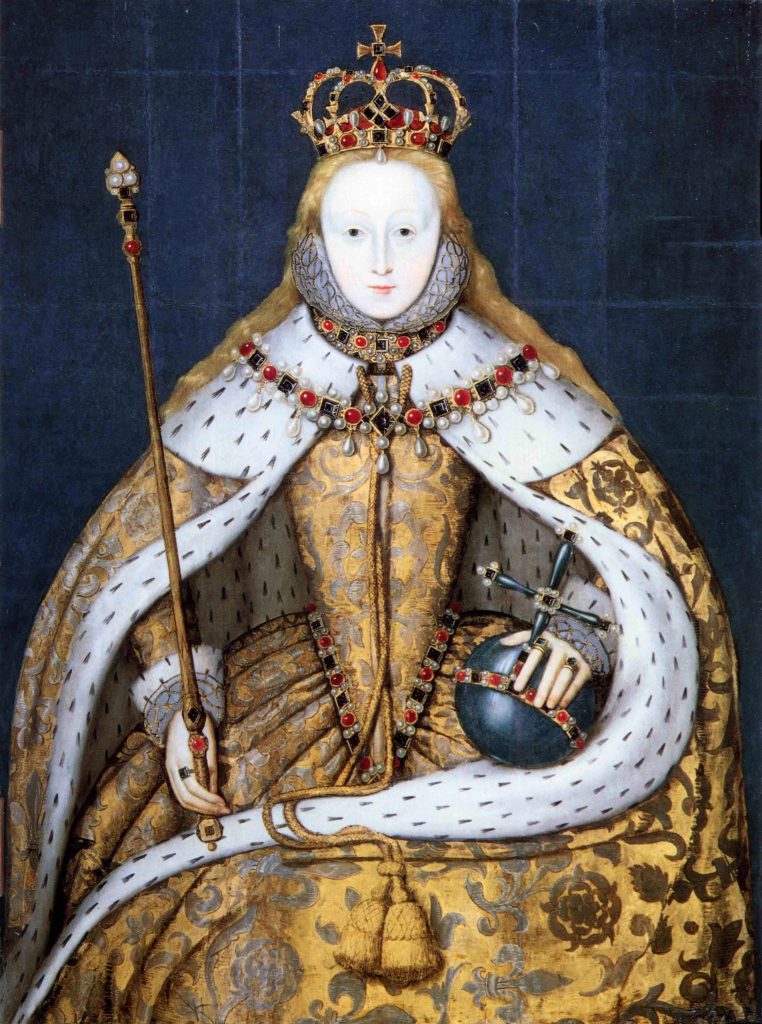 Upon her accession, Elizabeth faced several challenges. Part of her propaganda technique was to present herself as the young, beautiful virgin queen, but this also brought more challenges.

Early in Elizabeth’s reign, people decided to test her stability. The Northern Rebellion and Ridolfi Plot were Catholic attempts to take over; however, Elizabeth was able to overcome these. This made the stability of her reign much stronger.

The Plots also threatened conflict with Spain – Spain was provoking Elizabeth, and she was foiling Philip’s attempts. If this continued, it would clearly get worse. Furthermore, it was becoming increasingly clear that Elizabeth’s reign would not become fully secure until Mary had been dealt with.

Furthermore, Parliament were still bothering Elizabeth about her succession, and there were worries that Elizabeth was not married and had no heir. These threatened to undermine political support for Elizabeth, and meant that there could be an ongoing struggle for the succession.

Elizabeth was forced to deal with Mary after another set of plots – the Babington and Throckmorton Plots. These saw Mary’s role in the plots become more aggressive, and when Walsingham (Elizabeth’s spymaster) caught Mary red-handed in the Throckmorton Plot, Elizabeth was pushed to execute Mary.

This threatened to destabilise Elizabeth through a Catholic revolt or foreign invasion, and this would almost certainly have happened if Elizabeth had executed Mary earlier on in her reign. However, because Elizabeth was now more established, she was able to carry out Mary’s execution with minimal repercussions. As such, Elizabeth’s stability further increased.

In particular, by this point it seemed clear that Elizabeth’s Privy Council and government were rallied around her. Cecil was her chief political ally, and Walsingham was her spymaster – both helped her maintain increasingly stable control. 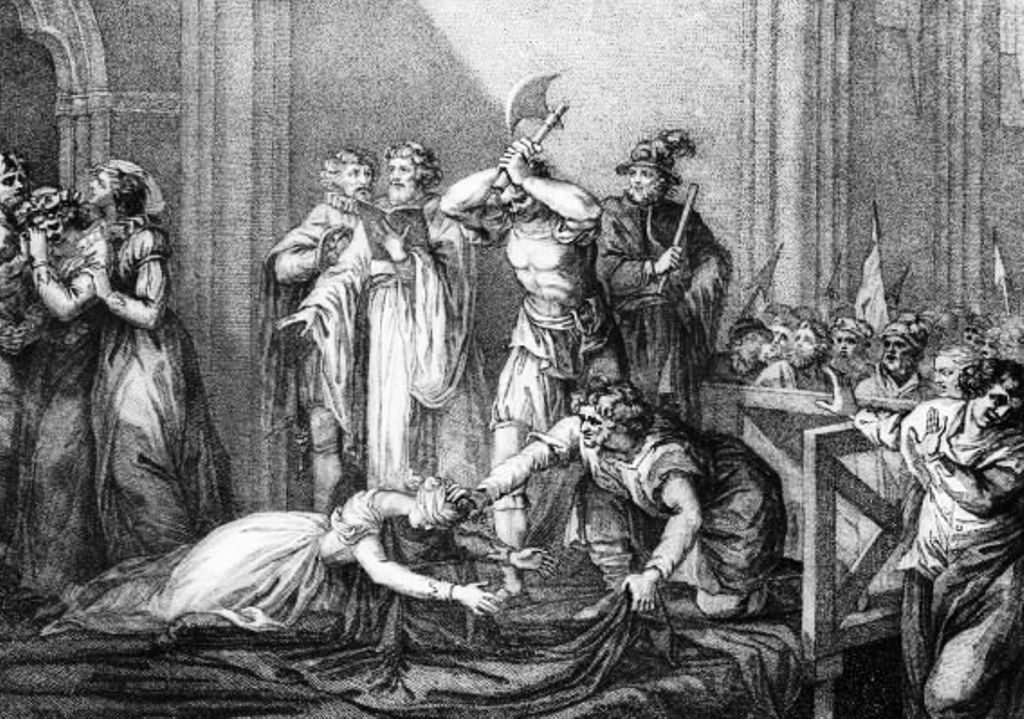 Mary’s execution was so powerful for Elizabeth because it removed the closest contender for the throne.

After the failure of Spain’s widespread involvement in the Plots, the Papal Bull of 1570, and worsening relations over Empire and the Netherlands, conflict with Spain became inevitable. This arguably brought together Elizabeth’s lingering issues of foreign dislike and religious turmoil.

Defeating the Armada brought Elizabeth a further significant boost to her authority. Spain was largely considered to be the strongest country in Europe, so to defeat the Armada was a great triumph. Furthermore, partly thanks to Elizabeth’s speeches at the time, this was widely seen as a time when Elizabeth proved that her gender would in no way compromise her rule.

Furthermore, Elizabeth’s triumph against the Armada became an opportunity to expand her ambitions for Empire. Where Spain had previously dominated the trade routes and Caribbean, British naval ascendancy offered Elizabeth the chance to challenge Spain. This led to the British Empire eventually becoming the largest Empire in the world.

Where does it go Wrong?

By the time Elizabeth has defeated Philip II of Spain, it seems that the worst of her troubles are over. Yet, in 1601 Elizabeth faces another challenge to her rule – Essex’s rebellion. How did this come about?

Elizabeth’s authority was fading towards the end of her reign for several reasons: 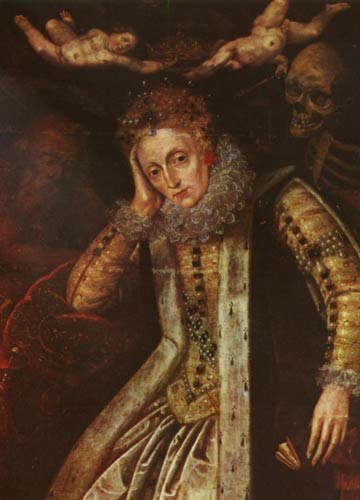 This portrait was painted late in Elizabeth’s life. It shows the effects of running a country for 40 years, and how she was increasingly seen by her subjects. This undermined her authority.

After the death of Robert Cecil, Elizabeth’s longest-serving advisor and unfailing political ally, Elizabeth’s ‘Old Guard’ were disappearing. There was also a new generation of ambitious politicians who caused unrest in the Court and the Council. The two main rivals in the Privy council were Robert Cecil (William Cecil’s son) and Robert Devereux (Robert Dudley’s stepson).

Robert Devereux was known as the Earl of Essex and is generally referred to as ‘Essex’. Devereux too had been a suitor to Elizabeth at one time.

Robert Cecil had been a sickly child but studied hard and took on the role of Elizabeth’s advisor after the death of his father. He worked hard and was promoted to Secretary of State. He had been trained by his father about the workings in Elizabeth’s Court. Robert Devereux was very jealous of Robert Cecil’s success and the division caused between the two of them caused rifts in the Council.

Cecil was a subtle and quiet politician whereas Robert Devereux and the Queen were rumoured to have had romantic involvements (Even though he was Dudley’s step son!). Devereux had fought for the country and was respected as a military hero. However, Devereux was unpredictable and he often angered the Queen.

The Queen and Essex’s Disagreements

Devereux insulted the Queen by marrying without her permission and when she later refused to promote one of his supporters, he lost his temper, insulted the Queen by shouting ”her conditions are as crooked as her carcass!” and turning his back on her in anger. The Queen then punched Devereux, who almost drew his sword, but instead he stormed out. After this he was banished from the court.

Later Essex was given another chance to redeem himself, when Elizabeth asked him to defeat a rebellion in Ireland being led by the Earl of Tyrone in 1598. Again Essex miscalculated what Elizabeth wanted and made peace with Tyrone which was against Elizabeth’s orders. While he was away fighting, Elizabeth promoted Cecil. Essex was so jealous when he returned from fighting, he stormed into the Queen’s bed chamber before she was wigged and gowned. For Elizabeth this was the ultimate level of disrespect.

Essex was ordered before the Privy Council and was made to stand for five hours while he was interrogated. He then was read out his charges and had to kneel while this happened. He was again banned from court and placed under House arrest. He lost his job and monopoly in sweet wines and his career was ruined.

Essex was furious with this turn of events and gathered 300 supporters. These were mainly made up of Courtiers who were unhappy with their treatment from Elizabeth’s Court, and unemployed soldiers. Essex began to fortify his house. News of his planned rebellion began to spread and Elizabeth ordered him to appear in front of the Privy Council. Essex refused to go and when four Privy Council members went to his house, he locked them up as hostages. He then marched to London with his supporters.

He underestimated Elizabeth and her government and also overestimated his own strength and influence over his supporters. Londoners were not on his side and many of his supporters deserted him when they were offered a pardon. Essex tried to return home but his house was blocked by Elizabeth’s soldiers. His rebellion had lasted just twelve hours. He was found guilty of treason and was executed on 25th__ February 1601__.

This rebellion was arguably sign of Elizabeth’s fading powers – it had been years since she had faced a threat like this, and from somebody previously on her own Privy Council no less.