Mary Queen of Scots can be linked to almost every part of the Elizabeth course. Her influence touches upon nearly all of the other problems that Elizabeth faces, and gearing up to execute her was arguably one of the climactic points of Elizabeth’s reign. 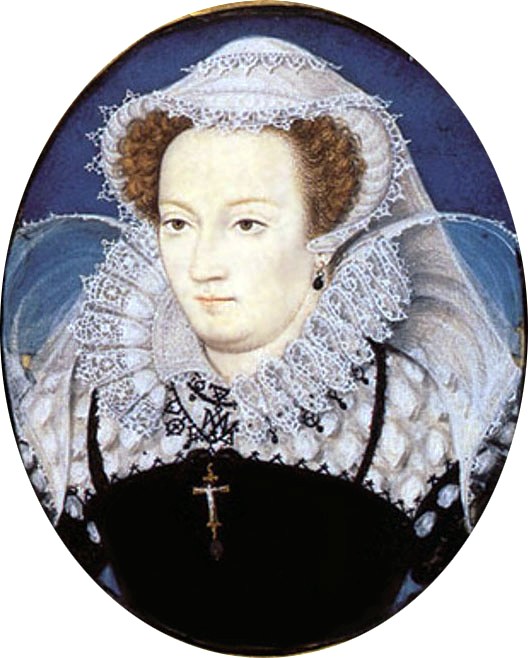 Nearly all pictures of Mary feature a Catholic Crucifix, and this shows the importance of religion to her historical standing. So much of Mary’s identity and her role within Elizabeth politics stemmed from her Catholicism.

She became Queen of Scotland when she was 6 days old but lived in France while her mother ruled on her behalf.

Mary was Catholic, and did not like the fact that Elizabeth as Protestant and had changed England back to Protestant.

Mary married Francis, heir to the French throne, but he died when he was only sixteen. Francis died in a freak horse riding accident, and her second husband, Lord Darnley was strangled and blown up.

Mary and Darnley’s marriage was not a happy one and when he was murdered two years after they were married, people began to suspect that she had a part to play in his murder. Earl Bothwell, Mary’s third husband, was accused of having a part to play in Darnley’s murder.

Mary had a son, James VI, with Lord Darnley. She then married the man, Earl Bothwell, who was suspected of killing her second husband! The Scots were suspicious of Mary’s second husband’s death, and Civil War broke out in Scotland. Mary was forced to abdicate the throne and her baby son James VI was to become King. Mary fled to England for her own safety. She was kept under house arrest for her entire stay in England, as Elizabeth rightly suspected she would be a threat. 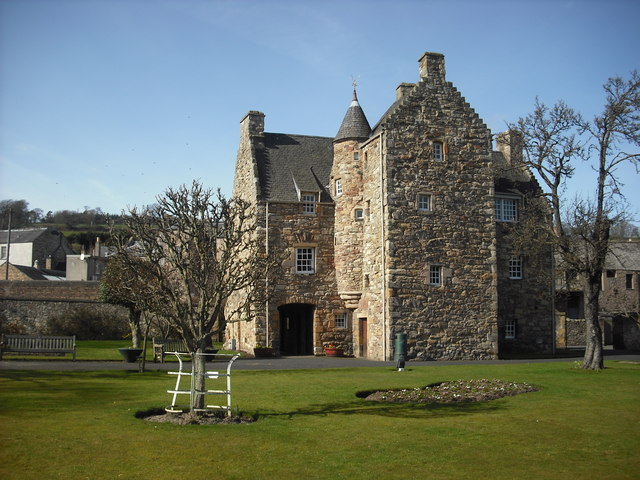 This is the house, still standing today, where Mary was held in England under house arrest for over 20 years.

A Rival for the Throne

Mary immediately caused problems from the start of Elizabeth’s rule as she was Catholic and made no secret that she thought she should be Queen of England instead of Elizabeth.

England and Scotland had a difficult relationship and this relationship became more difficult when Elizabeth refused to marry. Elizabeth not being married, and not having a child, meant that Mary Queen of Scots was a potential heir to the English Throne – indeed, she was largely considered the next in line.

Mary was very keen on become Queen of England. This made Elizabeth very suspicious of Mary and her intentions. Elizabeth even suggested that Mary marry Robert Dudley, even though Elizabeth had her own feelings for him, in an attempt to keep control over Mary. Instead Mary married her own cousin, Lord Darnley, which infuriated Elizabeth because Darnley also had links to the English throne, which would have made Mary’s links to the English throne even stronger.

Why was Mary Eventually Executed?

Whilst the Privy Council had pushed for Mary’s execution since her arrival in England, it took several Plots to convince Elizabeth. Indeed, Elizabeth only made the final call to execute Mary when Walsingham (her spymaster) provided concrete evidence that Mary had ordered Elizabeth killed during the planning of the Babington Plot.

This convinced Elizabeth that Mary remained too much of a risk. Indeed, Mary’s involvement in the Plots had been increasing over time, and so it seemed that the danger of Mary was also increasing.

Elizabeth signed the warrant for Mary’s execution under increased pressure from the Council, and worried about the news that Spain were ready to invade England to free Mary. This gave Elizabeth the final push she needed; however, still she only signed the warrant but did not seal it. Elizabeth commanded the Privy Council to wait until it was absolutely unavoidable.

The Privy Council, led by Robert Cecil, went ahead and executed Mary anyway.

Elizabeth reportedly flew into a rage worse than any that had been seen before. She banned Cecil from court so that she would not see him and execute him too. She retired to her chambers in mourning. 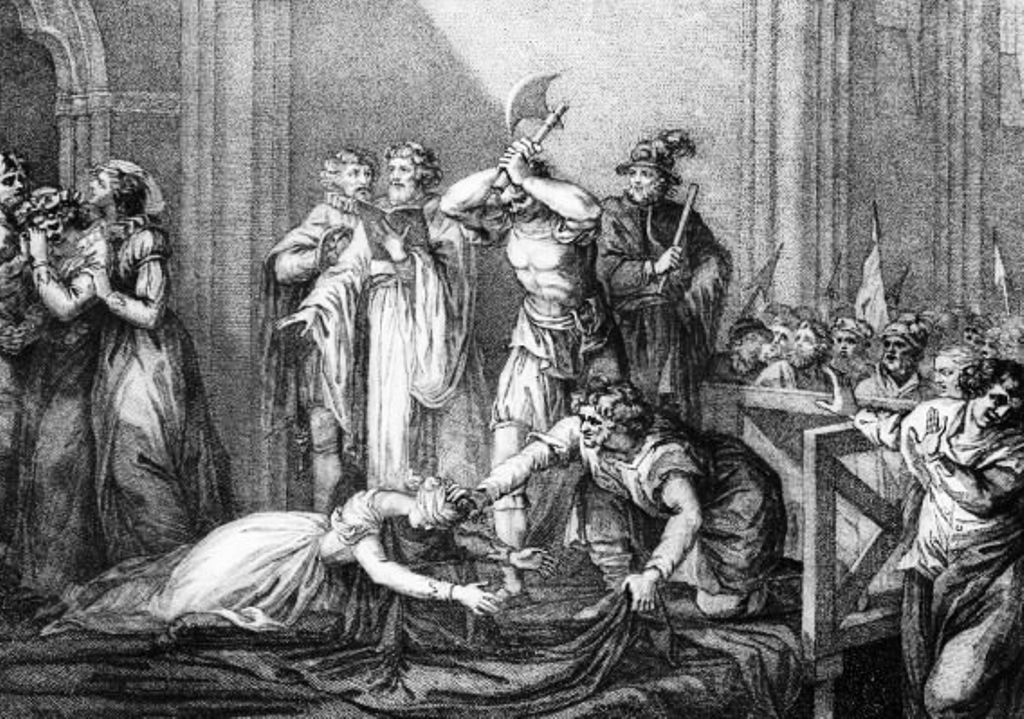 Mary’s execution is widely known to have been badly handled. It took the executioner three swings of the axe, after the first only hit the back of her head. Once the execution was done, rumour has it that the executioner picked up her head by the hair, only to reveal it was a wig. The head fell down onto the floor. Even more ridiculously, after the execution they apparently found Mary’s dog hiding under her skirts, covered in blood!

Why did it take Elizabeth so Long to Execute Mary?

Elizabeth did not execute often; however, considering the challenge and threat that Mary represented, it is striking that she was not executed sooner.

Here are some reasons why: