Whilst Elizabeth was attempting some form of compromise, with the Middle Way Church, many Catholics were not willing to accept this. Furthermore, Elizabeth’s banning of Mass and objection to Transubstantiation meant that Catholics were at times likely to oppose her. You have learned about generic Catholic resistance in Lesson 11; however, there were certain ‘Plots’ which were carried out by Catholics which we need to look at.

In particular, these Plots were prompted when Mary Queen of Scots fled Scotland to live in England, and Catholics thought they had a chance to put a Catholic Queen on the throne.

We will look at four main Plots and challenges:

Mary’s arrival in England triggered a Catholic rebellion. This plot started as a Court Conspiracy.

The Duke of Norfolk played a central role. He was the most senior English noble, the wealthiest landowner in the country, and a cousin of the Queen.

Norfolk did not like that William Cecil had so much power as Elizabeth’s chief advisor, and he felt that the work he did went unnoticed. He was also a Catholic. Norfolk planned to marry Mary and set her up as Elizabeth’s heir to the throne of England.

At this stage he did not have a plan to remove Elizabeth from the throne.

Dudley was interested in the plot to reduce Cecil’s power (he and Cecil were rivals in the Privy Council). As one of Elizabeth’s childhood friends, and closest political allies, he did not want to plot against Elizabeth and confessed everything to her. Norfolk fled Court, but was captured and begged for Elizabeth’s forgiveness.

Although Norfolk had ordered there not to be a rebellion, there were rumours that an uprising was planned. To address this, Elizabeth brought the Earl of Northumberland and the Earl of Westmorland to Court. She was suspicious that they were both Catholics who were disloyal to her.

However Elizabeth’s plan backfired and the two Earl joined forces to lead a rebellion against her. They used Church bells out call out to people to rebel. Over 5000 people joined together to rebel against the Queen. These were mostly people who had remained Catholic and were not happy with Elizabeth’s religious changes. They wanted Mary Queen of Scots to be on the throne. There is no direct evidence that Mary agreed with this plot or had any influence over it.

On 14th_ November 1569_, the rebels headed down south after hearing (Catholic) mass at Durham Cathedral. The rebels expected to have help from the Spanish. Elizabeth’s government were very worried about this rebellion. It was led by Northern rebels. 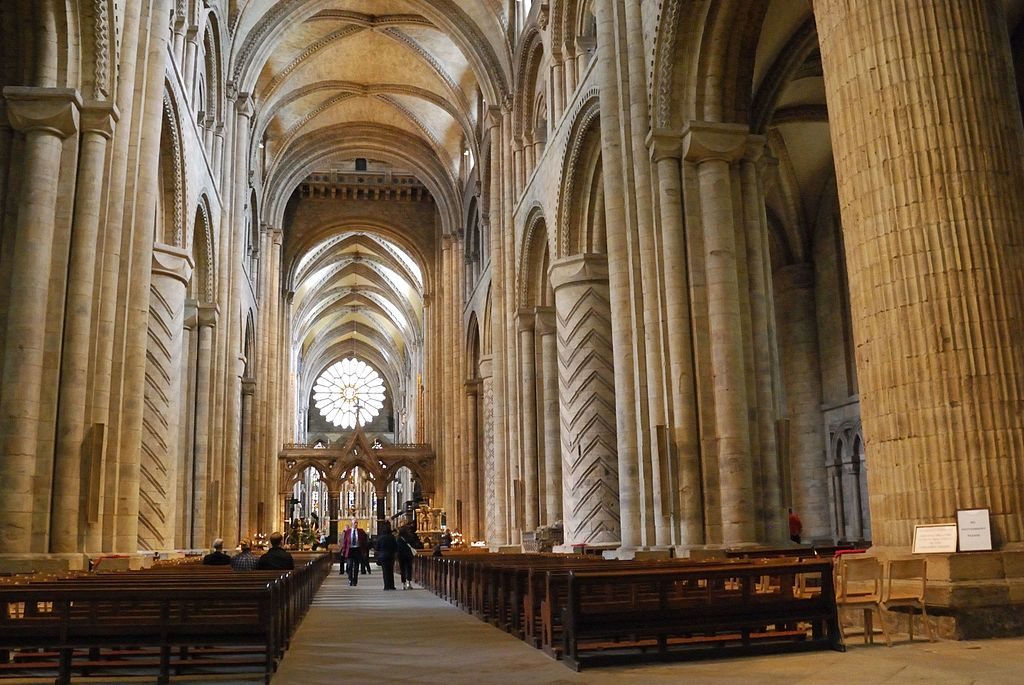 Durham is extremely far to the North of England. The Cathedral there had been able to get away with holding Catholic Mass because they were so far from the capital.

How did it go wrong?

However the Spanish did not turn up to help. They did not like Mary Queen of Scots as the Spanish did not have a good relationship with the French. (and Mary had been married to the French King). The Earls and their rebels had not properly mobilised their forces and the rebels were not organised. As the Queen’s army moved north, rebels started to retreat.

How did the rebellion affect England?

After the rebellion Elizabeth wanted strict control. She executed 450 rebels and confiscated land off nobles who had been part of the rebellion. Westmoreland escaped but Northumberland was betrayed and beheaded.

The Privy Council wanted Norfolk to be executed as well but the Queen locked him in the tower of London, possibly out of family loyalty as he was her cousin. It was seen as a Catholic rebellion and therefore from Elizabeth’s point of view she needed to have stricter control over the Catholics.

The rebellion arguably strengthened Elizabeth’s position as such a huge rebellion was stopped by her army.

In 1583 the plan was made for a Catholic French force, backed by the Spanish and Papal money to invade England. Mary was to be freed from House Arrest and the uprising would involve the Jesuits, Seminary Priests, and English Catholic Population. Elizabeth would be captured and killed. Mary would then become Queen. The plan would be led by Francis Thockmorton__ and the __Spanish Ambassador__. __

Again, Elizabeth’s spies prevailed. Walsingham (One of Elizabeth’s trusted advisors) found out about the plot before plans could be put in place. Thockmorton was watched for six months and then arrested for treason, and tortured on the rack – where he admitted to a plot. He was then executed for treason.

How Did the Plot Affect England?

The Spanish Ambassador was sent back to Spain and there were to be no more ambassadors from Spain during Elizabeth’s rule.

There was a lack of evidence against Mary having any involvement so she was not tried or executed. 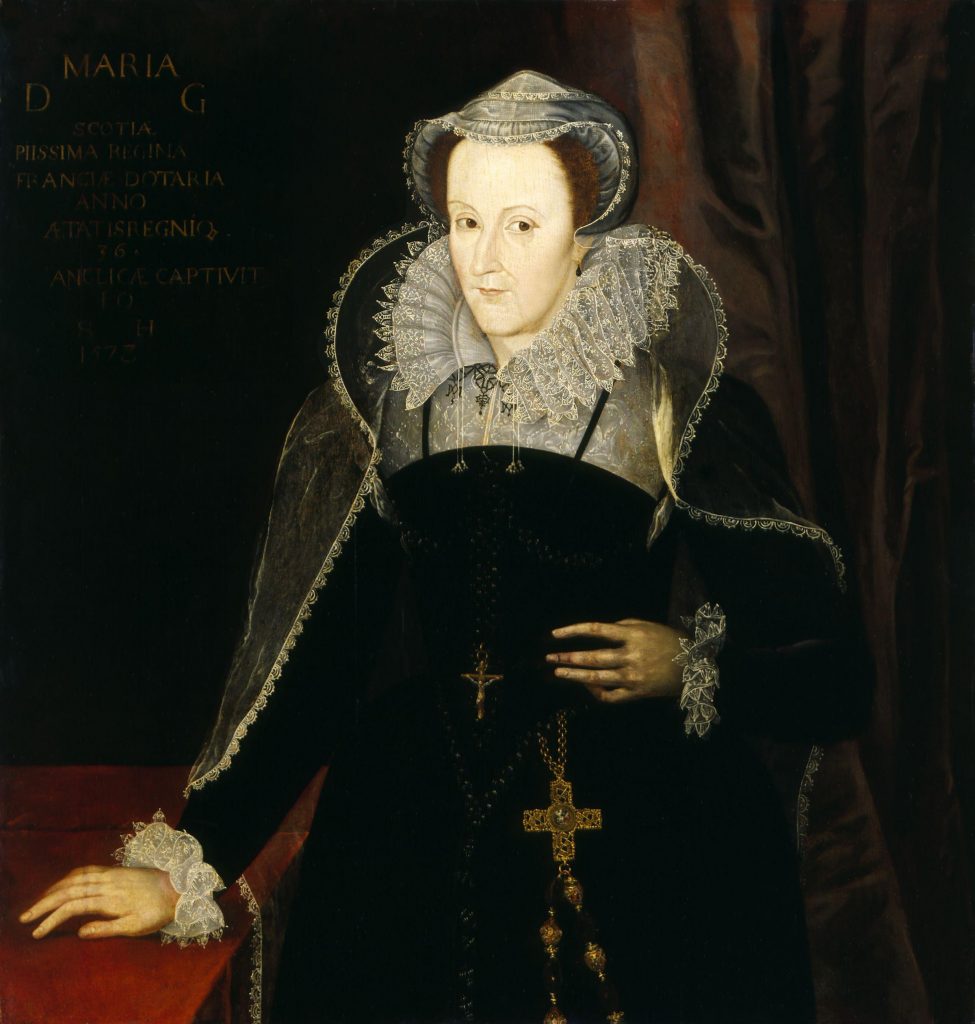 You could almost say that Catholics were obsessed with the idea of replacing Elizabeth with Mary, so that they could have a Catholic Queen. It was becoming increasingly clear that Elizabeth would be under threat from Mary as long as she was alive.

Roberto di Ridolofi was a Catholic Italian banker who lived in London. This plot was an attempt to restore Catholicism in England. It involved Mary Queen of Scots, the Pope, Philip II of Spain, and the Duke of Norfolk. This time, the plan was far more dangerous as it did have foreign suppport.

Elizabeth had been excommunicated by the Pope in 1570 so the Catholics were encouraged to rebel against her, as they were told not to see her as a religious leader.

The plan was to assassinate Elizabeth and for Mary Queen of Scots to be put on the throne. The idea was that 6000 Spanish troops would arrive to help.

Ridolfi optimistically thought that over half of the nobles were Catholic and would support him with this rebellion.

The plan was that after Elizabeth was killed, Mary would marry the Duke of Norfolk and they would rule together. Mary is said to have agreed with this plot as she was losing hope of Elizabeth releasing her from prison. 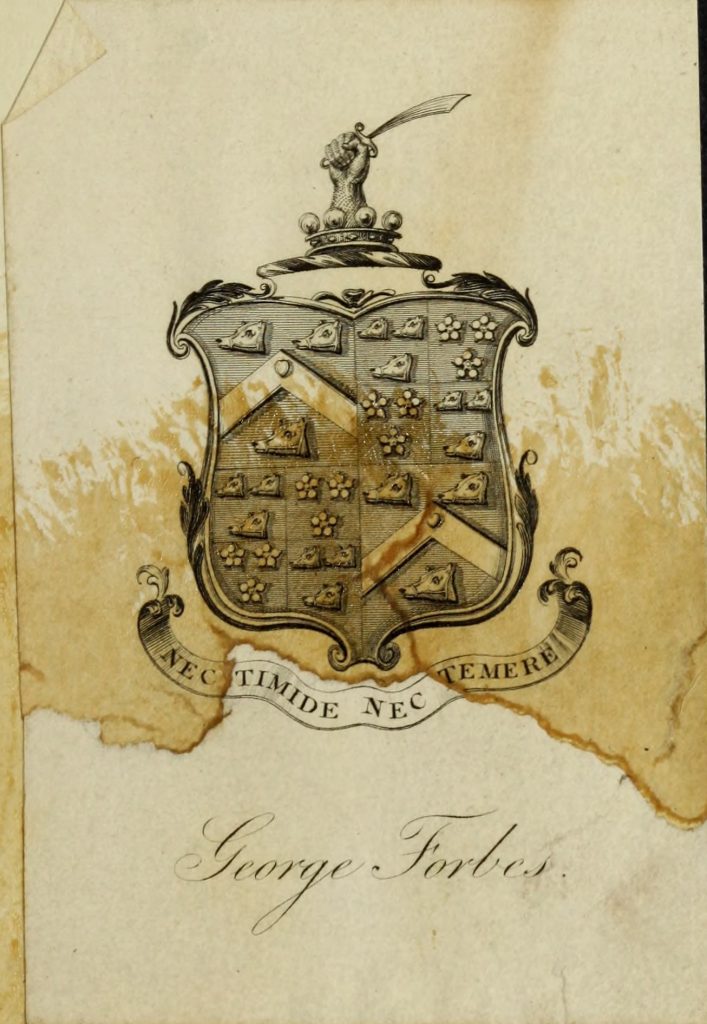 The Papal Bull - the document that the Pope signed the excommuncicate Elizabeth. This led Catholics to fear for their own souls whilst living under Elizabeth’s England.

Elizabeth’s intelligence network (spies) soon discovered the plot. Ridolfi was abroad when the plot was discovered so he escaped arrest.

How did the Plot Affect England?

Norfolk was arrested and found guilty of treason. Elizabeth was reluctant to sign his death warrant as he was her cousin and England’s only Duke. But she eventually did and he was beheaded at the Tower of London in 1572.

Parliament passed a law directed against Mary, that declared anyone making a claim to the throne, or anyone knowing of a plan to assassinate the monarch should be removed from succession. (They would not be allowed to be an heir to the English throne).

Elizabeth refused to execute Mary and she remained locked up. Amongst other reasons, this was because she was her cousin and also had come to England for protection.

Inside her House Arrest by 1586, Mary was not allowed any visitors and all of her letters were read. Her jailor was a strict Puritan who Elizabeth had picked, so he would be anti-Catholic. Mary was growing very resentful and depressed at having being locked up for twenty years.

Mary began a secret correspondence with Sir Anthony Babington. He was a Catholic recusant. Letters between Babington and his Catholic co-plotters and Mary were sent back and forth in code. By mid-1586 a plan to free Mary had been devised. They would put kill Elizabeth and put Mary on the throne with the help of a Spanish invasion force.

Walsingham knew all about the letters and had been monitoring the situation. He had cracked the code very quickly. Walsingham, as Elizabeth’s spymaster, placed an agent inside Mary’s castle and intercepted the letters. He allowed it to continue as he wanted to trap Mary and have hard evidence against her, which he had not managed to gain from any of the other plots so far. On__ 17th July 1586__, Mary wrote a coded letter agreeing to the plot. Babington and his men were arrested and hung, drawn and quartered.

How Did this Affect England?

The Privy Council finally had proof against Mary Queen of Scots plotting to overthrow Elizabeth, and Parliament pushed for her to be executed. Elizabeth was not sure at first as Mary was her cousin and she refused to sign the death warrant. This was a recurring theme, as Elizabeth was always hesitant to execute unless there was no other option.

Elizabeth only signed eventually when there were rumours of the Spanish helping Mary escape.

Elizabeth gave specific instructions that although she had signed the warrant, it was as a precaution and not to take any action. Her advisors ignored this and executed Mary anyway. When Elizabeth heard this she was extremely angry. She banished Cecil, who had finalised the execution, from court.

Elizabeth had been worried about a Catholic revolt after Mary’s death, but there was not one which showed that most people in the country were loyal to her, and many did not like the thought of a plot to kill the Queen; Catholic, Protestant or not.

Historians have questioned if Elizabeth’s grief after Mary’s death was genuine, did she feel relieved as Mary had been the centre of all of these plots? Or did she not want to be publically seen to be happy with the death of her cousin? Or did she genuinely feel remorse?