Elizabeth was a master of propaganda, and there was no greater subject of her propaganda than herself! Elizabeth used her image, her presence, and her reputation to create authority. This helped her position within the country, and reinforced her popularity with the public – this in turn reinforced her authority with troublesome nobles.

__For the exam: __You would not be expected to know the individual portraits, nor will you get a question specifically about portraits. They are, however, an invaluable and in-depth account of Elizabeth’s propaganda, and would serve as excellent evidence for this.

Propaganda: When the government persuades people of a message. Elizabeth did this through her portraits.

Gloriana: A term used in the time to refer to Elizabeth, it essentially translates to ‘Glorious Ruler.

Elizabeth had portraits painted of her and these would be manipulated to show a certain image. The portraits would have symbolic images, colours or items included. Elizabeth did not like sitting for portraits so a standard facial image would be used that artists would work from. Elizabeth’s portraits were not just for personal vanity, it was a sophisticated operation with a political purpose. The cult of ‘Gloriana’ was developed and Elizabeth became like an object of worship for her people of Britain. This helped to strengthen her position as ruler and people would idolise and look up to her. The portraits made her appear strong and dominant whilst still looking feminine and glamorous, promoting the styles of the era.

Elizabeth would always look pale in her portraits, as was the style, as this symbolised wealth. The poor would work outside and develop a tan, the rich did not.

At a time when the poor were illiterate and they did not have colourful images in their everyday lives, these portraits of the Queen further served her status as a goddess like ruler. 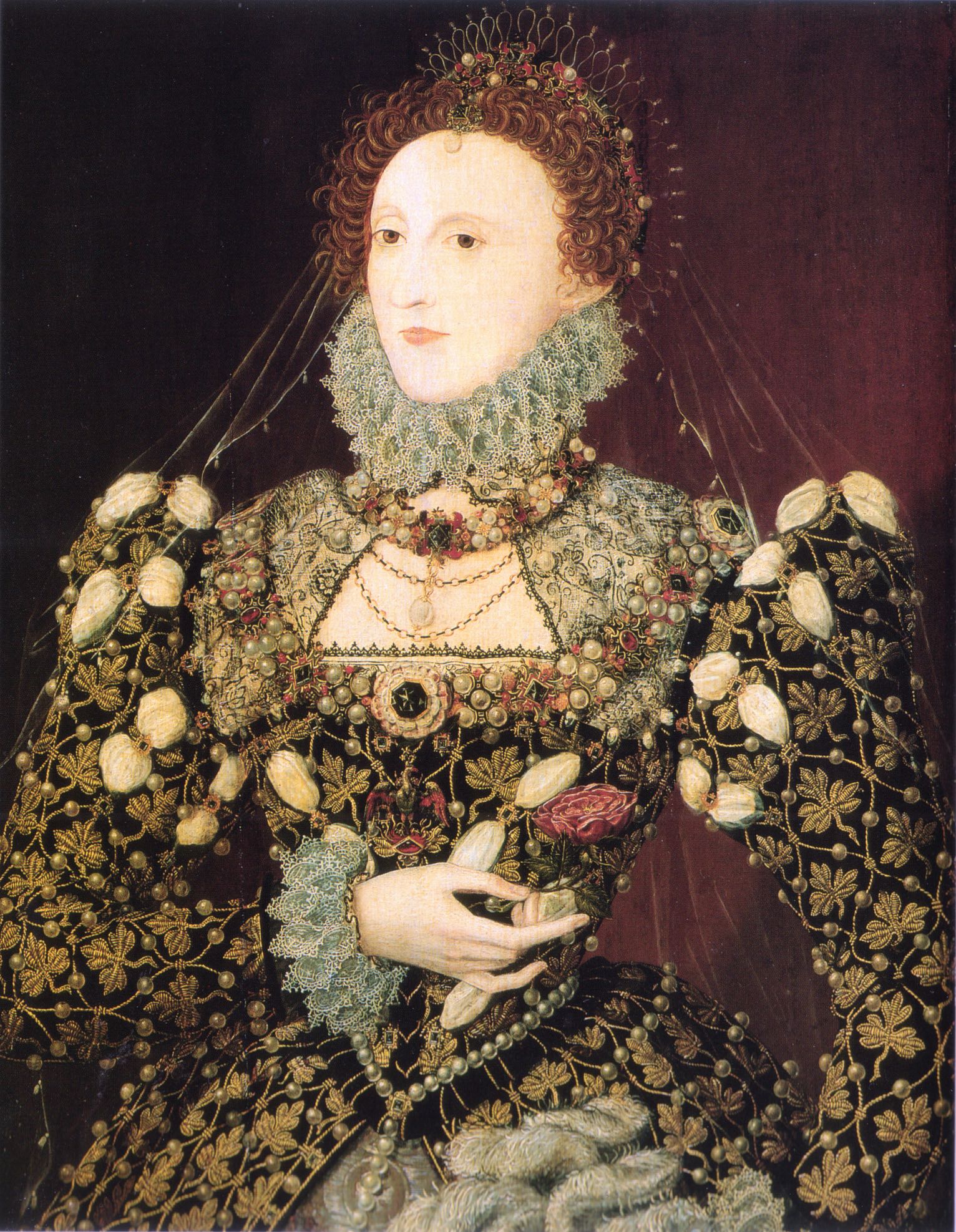 The Phoenix portrait is named after the jewels Elizabeth wears in the picture. A Phoenix is a mystical bird that rises from the ashes. This portrait represented Elizabeth’s tenacity and how she will continue to overcome the challenges she faces. 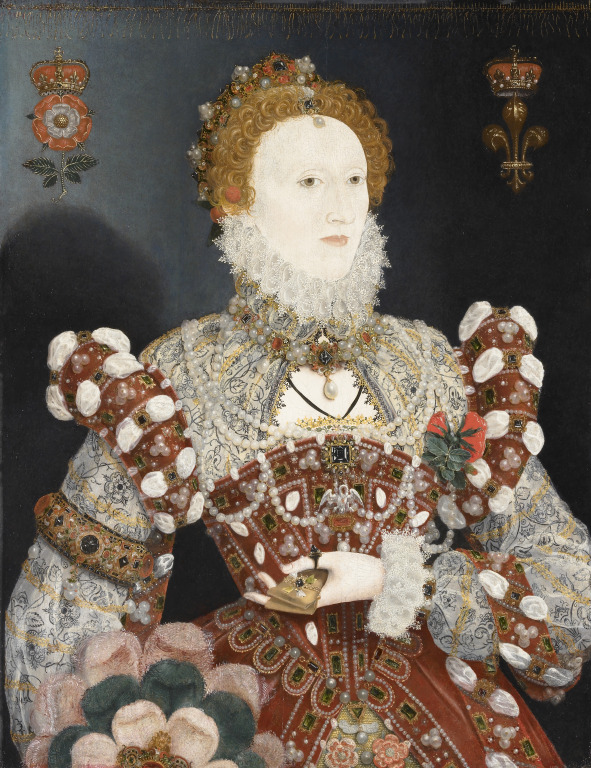 The Pelican portrait is named after the jewels Elizabeth wears in the picture. In legends, the Pelican supposedly pecks at her own breast to feed her young to help them survive. This represents how Elizabeth would give everything to protect her country and help her people. 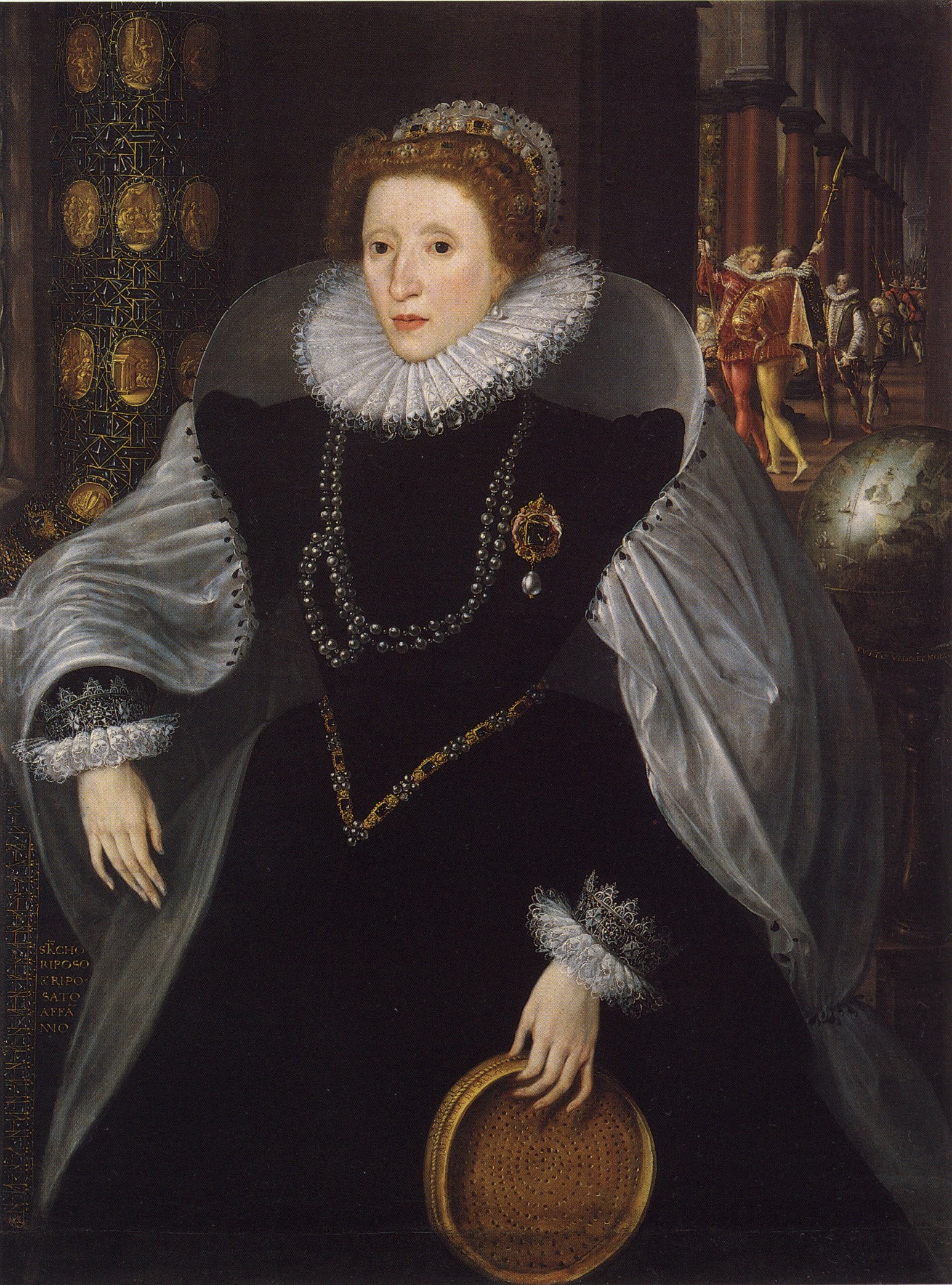 The Sieve portrait by Metsys was painted in 1583 when Elizabeth was 50 years old. In Ancient Roman times, Tuccia, a vestal virgin, was accused of impurity and proved her innocence by carrying water to a temple in a sieve without spilling a drop.

The message is that Elizabeth’s virginity and purity makes her a strong, powerful monarch. 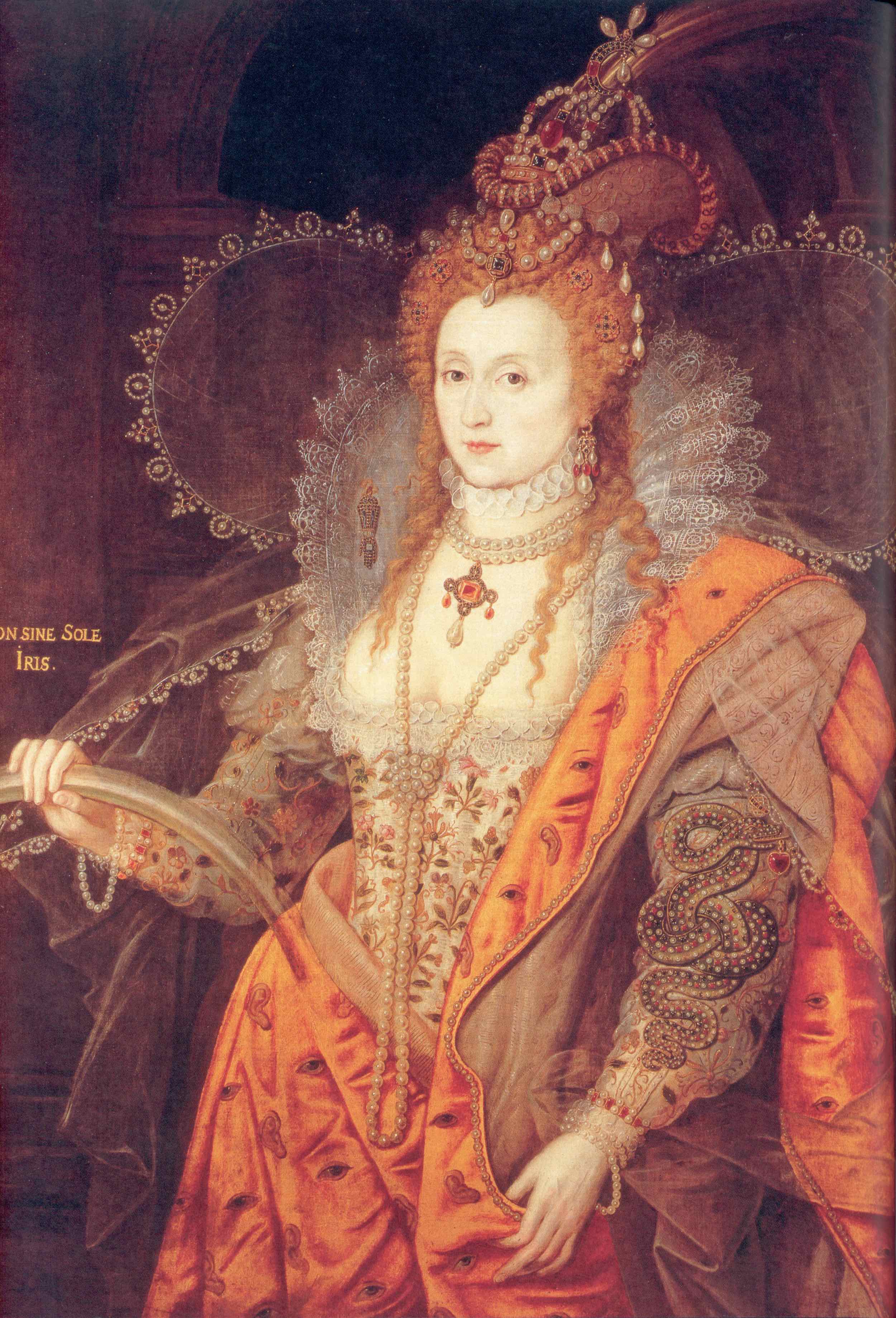 The Rainbow portrait was produced near the end of Elizabeth’s life. She is wearing her famous pearls and she is holding a rainbow in her hand. Her cloak is covered with eyes and ears, her dress is covered in flowers, there are angel wings in the background, an iron gauntlet is suspended mid air and there is a serpent on her sleeve.

The Rainbow Portrait (c.1600) shows that Elizabeth is a wealthy, wise and pure monarch who loves her people and has brought peace to her kingdom… and she will know if you’re planning to cross her. 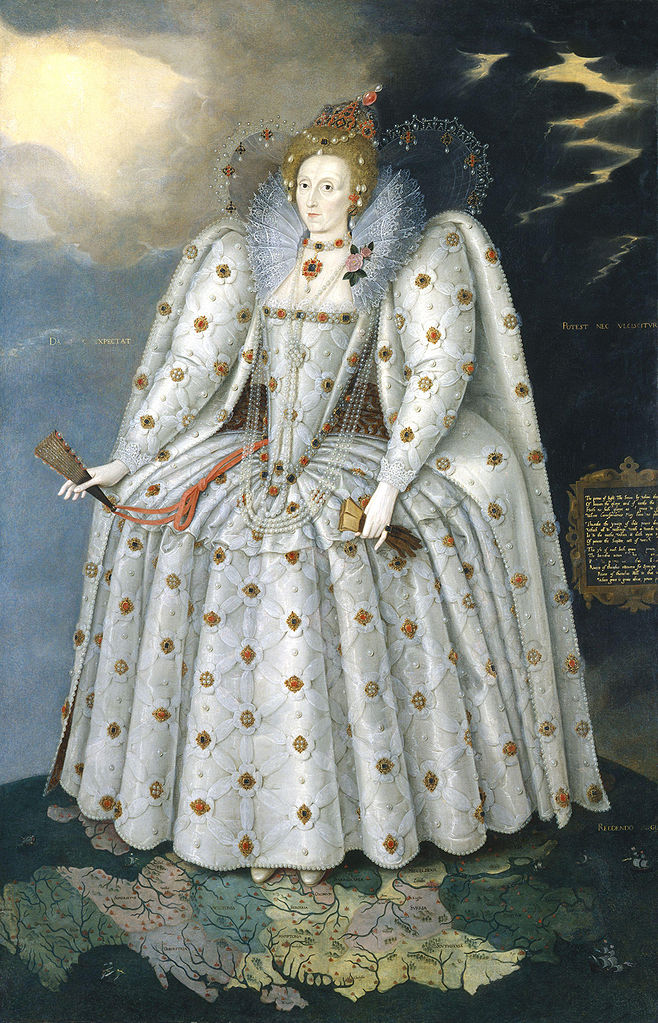 Known as the ‘Ditchley Portrait’, this painting was produced for Sir Henry Lee who had been the Queen’s Champion from 1559-90. It probably commemorates an elaborate symbolic entertainment which Lee organised for the Queen in September 1592. The portrait shows Elizabeth standing on the globe of the world, with her feet on Oxfordshire. The stormy sky, the clouds parting to reveal sunshine, and the inscriptions on the painting, make it plain that the portrait’s symbolic theme is forgiveness.

The message is that Elizabeth might be a woman but she is still strong and powerful, and she will reach across the world. 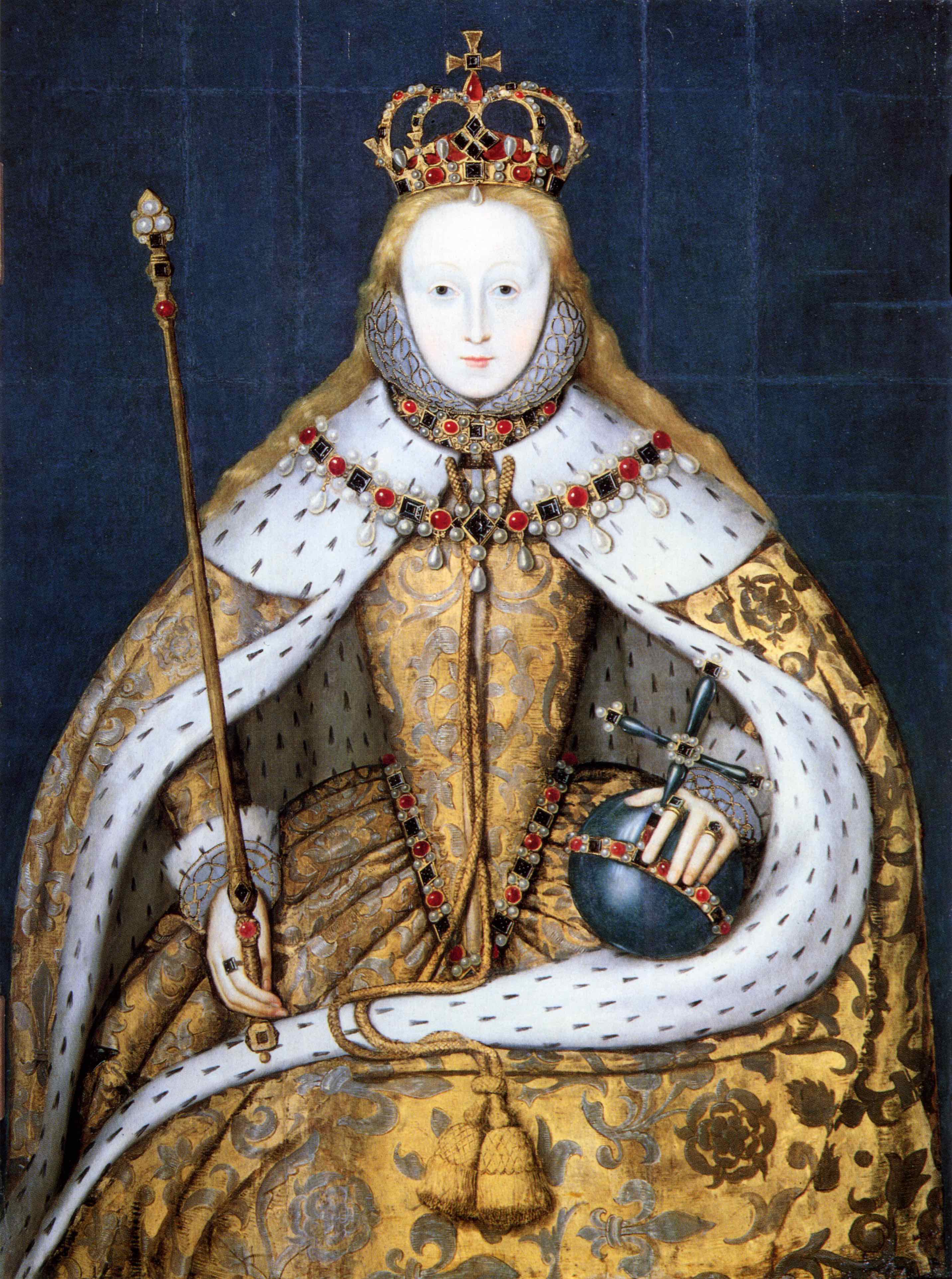 This painting is known as ‘The Coronation Portrait’, and shows the Queen crowned, wearing the cloth of gold that she wore at her coronation on 15 January 1559, previously worn by Mary I. She holds the orb and scepter, symbols of her authority. Elizabeth was 25 years old when she was crowned Queen.

The message is that Elizabeth is a true monarch. Perhaps that she is a new beginning for England? 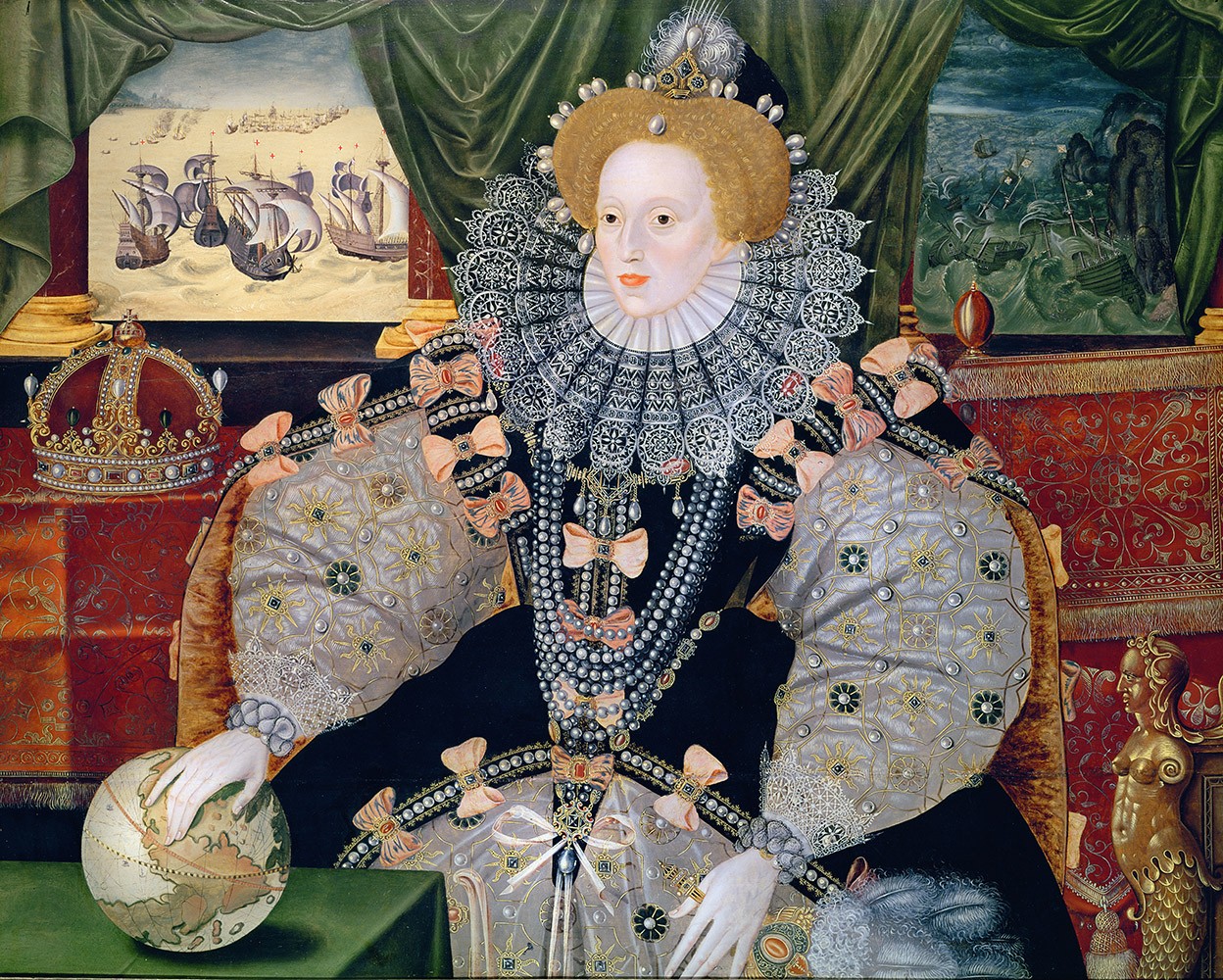 This portrait was painted to commemorate the most famous conflict of Elizabeth’s reign, the defeat of the Spanish Armada in 1588. It was originally of the same horizontal format as two other known versions of this painting. Here we can see the scenes behind the Queen showing, on the left, the English fire ships setting out in clear, calm weather and on the right the Spanish fleet being wrecked off the dark, rocky coast of Scotland or Ireland. Elizabeth’s hand rests on a globe, her fingers over the Americas, indicating England’s dominion of the seas and expansion into the New World.

The message is that Elizabeth is able to protect her country from attack and extend her borders. 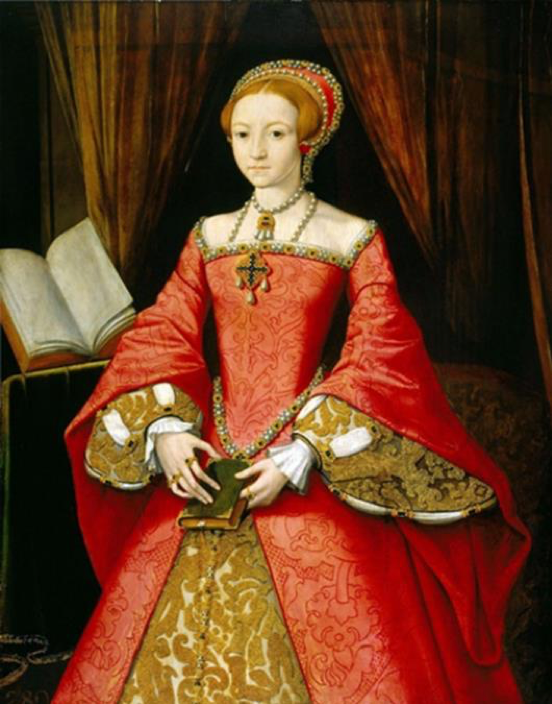 This painting shows young Elizabeth as a teenager. It conveys her beauty, dignity, gentleness and learning. Although it was probably painted for her father, Henry VIII. The smaller book is possibly the New Testament, and the larger book to the Old Testament. The princess’s costume is meticulously painted, drawing attention to the richness of the fabric of her dress and jewellery. Elizabeth wished to be seen and judged for her intelligence not her gender.

The Cult of Elizabeth

Elizabeth’s government used visual propaganda as well as literary propaganda, to create a ‘Cult of personality’ around Elizabeth. This meant that what was shown to the public was carefully selected to make Elizabeth look like a strong and powerful Queen who cared for her country and subjects.

The poet Edmund Spenser wrote a poem dedicated to Elizabeth called The Faerie Queen and the main character represented Elizabeth. Elizabeth was very flattered and gave the poet a £50 a year pension for life!