The Renaissance and Great Rebuilding

So much of Hardwick Hall stems from the wider technical and architectural developments that were going on, in England and in Europe more widely.

In Europe, the Renaissance was bringing thriving art and architecture to life. Starting from around 1453 in Italy, and spreading through Europe, by the Elizabethan Era of the mid 1500s, the Renaissance had spread to Britain. The Renaissance was largely characterised by a spread, and ‘rebirth’ of Ancient and Classical ideas, such as Roman and Ancient Greek work. This was paralleled with a great resurgence of interest in Ancient Greek and Roman stories, myths, and legends.

In Britain, the Renaissance was reflected in a period called the Great Rebuilding. This was a period when architectural advances from the Renaissance came to Britain. Furthermore, due to an increased period of peace through Europe, with Britain engaging in very few conflicts in the 1500s, wealth was increasing and security was becoming less important. As a result, the nobility no longer felt the need to live in fortified homes and castles lost favour in exchange for lavish manor houses.

Hardwick was far from the only house built during the Great Rebuilding - above is Longleat house, another house built by Smythson. Can you see the similiarities with Hardwick?

The house was influenced by Italian Architecture, was built of stone and its symmetrical frame is dominated by huge mullioned windows (Mullioned windows are windows made up of large panes of glass) and a ground floor Loggia (A Loggia is a gallery with one side opening out onto a garden) A common saying is that Hardwick is ‘More glass than wall’. There are six rooftop banqueting house pavilions with Bess’ initials in openwork. There were turrets at the top of the house which were an unusual feature Hardwick displayed.

The house was also filled with statues of Greek figures, Gods and Goddesses, and there was a frieze of the Virgin Huntress Goddess Diana. This was an allusion to the Cult of Personality around Elizabeth, and also showed respect for her reputation. 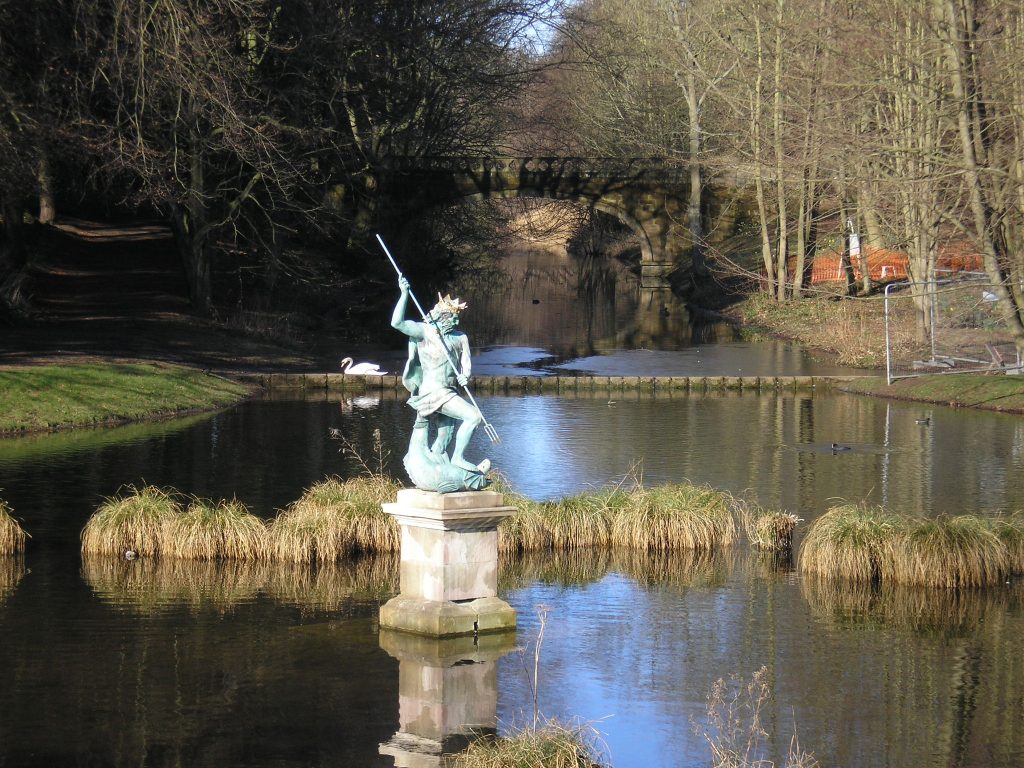 There was also a statue of Neptune in the lake, a Roman god.

Elizabeth’s servants did not live ‘below the stairs’ but within calling distance of their master or mistress. They slept in straw mattresses on landings in the kitchen. The servants would prepare great banquets for Bess’ guests.

In Hardwick, height = status. The floors got higher as they went up, this reflected the different classes of the time period. The highest floor was reserved for only the nobility, with a room set aside especially for the Queen. The gentry would be allowed on the first floor, and the working classes would be consigned to the ground floor.

The Design of Hardwick Hall

The renowned architect Robert Smythson designed Hardwick, in the latest Renaissance style. The building has changed very little since Elizabethan times. Bess made a statement throughout her house by having her initials ‘E.S’, Elizabeth Shrewsbury, inscribed with her family crest, throughout the house. Bess and Smythson build the house with local stone and hundreds of men (and some women) worked on the construction of the building, with it taking around seven years to build.

Proportion was important in the new style of architecture. Each of the three main floors featured a higher ceiling than the floor below, reflecting the importance of the occupants and functions of the rooms. The servants lived and worked on the ground floor. There is a wide, winding stone staircase that leads up to the state rooms on the second floor. There are grand alabaster fireplaces throughout and lots of oak panelling. The stone floor was a break in tradition, but it could have been for Bess to contrast the plain stone with the grand main rooms. There is also a grand room for receiving guests and holding banquets called the High Great Chamber. It features tapestries and hunting scenes. The Royal Coat of Arms is also in the room, to show Bess’ loyalty to Queen Elizabeth. 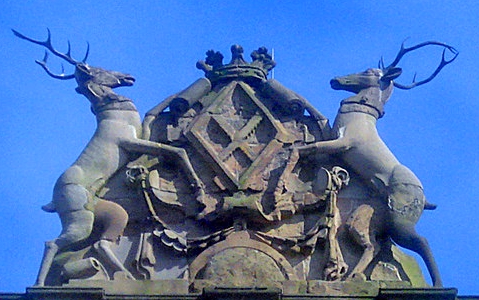 As part of the design along the top of the Hall, Bess ‘crowned the parapet’ with her personal coat of arms, and initials.

Construction on Hardwick Hall started in 1590 and the house took seven years to build. Bess lived there until she died in 1608. Her granddaughter was Arabella Stuart, a potential heir to the throne. She lived at Hardwick too.

The Estate was designed to be self-sufficient and is in extensive grounds, which were used for farming. There were deer for hunting and food, as well as an orchard. Bess kept Bees for honey and beeswax for candles.

Bess entirely paid for Hardwick Hall, using the money from her marriages. This definitely proved the status that she had gained, and the increasing power as a result of her marrying up through the gentry and nobility. 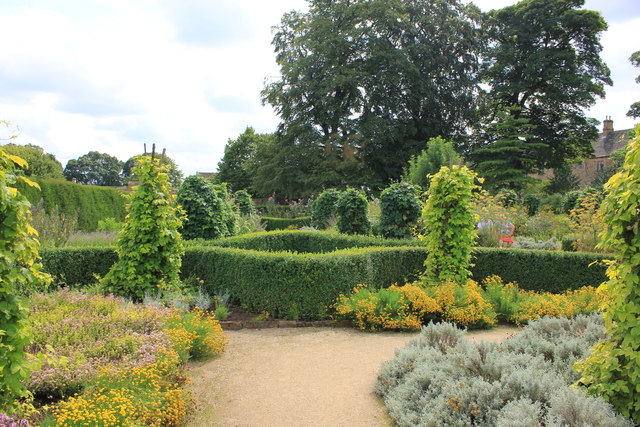 Hardwick’s garden was full of herbs, vegetables, and allowed the house to largely run self-sustainably. This was, again, a statement from Bess about her independence.