A common perception of the Elizabethan age is that it is known as the ‘Golden Age’.

The Elizabethan era saw an explosion of cultural achievement, influenced by humanism in Europe. The Queen and her court set fashions for people and Elizabeth was seen as a style icon and looked up to her. London’s population grew and the gentry became more important. They had disposable income and wanted to spend a lot of money to show off their wealth. Because of this, artists, writers and musicians started to become successful, as people would pay to see their work and their work was in demand.

The invention of the printing press in the fifteenth century meant that new ideas can spread at a greater speed. As new grammar schools and university colleges were set up the curriculum broadened and the English became better educated. The printing presses also added to the homogenisation of ideas – whilst many new ones were spreading, Elizabeth remained an influential setter of taste. She would control what could get published, and censored tastes, books, or thoughts that she disagreed with. 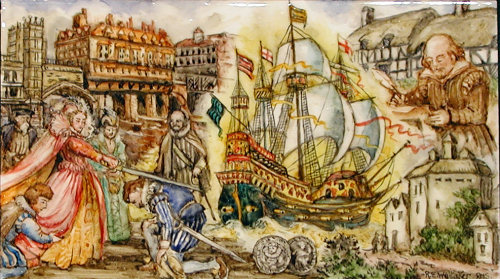 Humanism was the school of thought which held that arts, sciences, and a focus on society would help progress mankind. As such, in the Renaissance all of these things began to progress.

In academics, the mathematician and astrologer John Dee was an influential figure and John Napier discovered logarithms. Historians such as William Camden and Richard Hakluyt started to base their writings about the past on historical sources, as modern historians do.

Science also started to develop, with an interest in planets and the workings of the human body. Francis Bacon argued that experiments were needed to test scientific theories and the Elizabethan William Harvey later made the discovery that blood circulated around the body. The Queen’s doctor, William Gilbert, experimented with electricity. 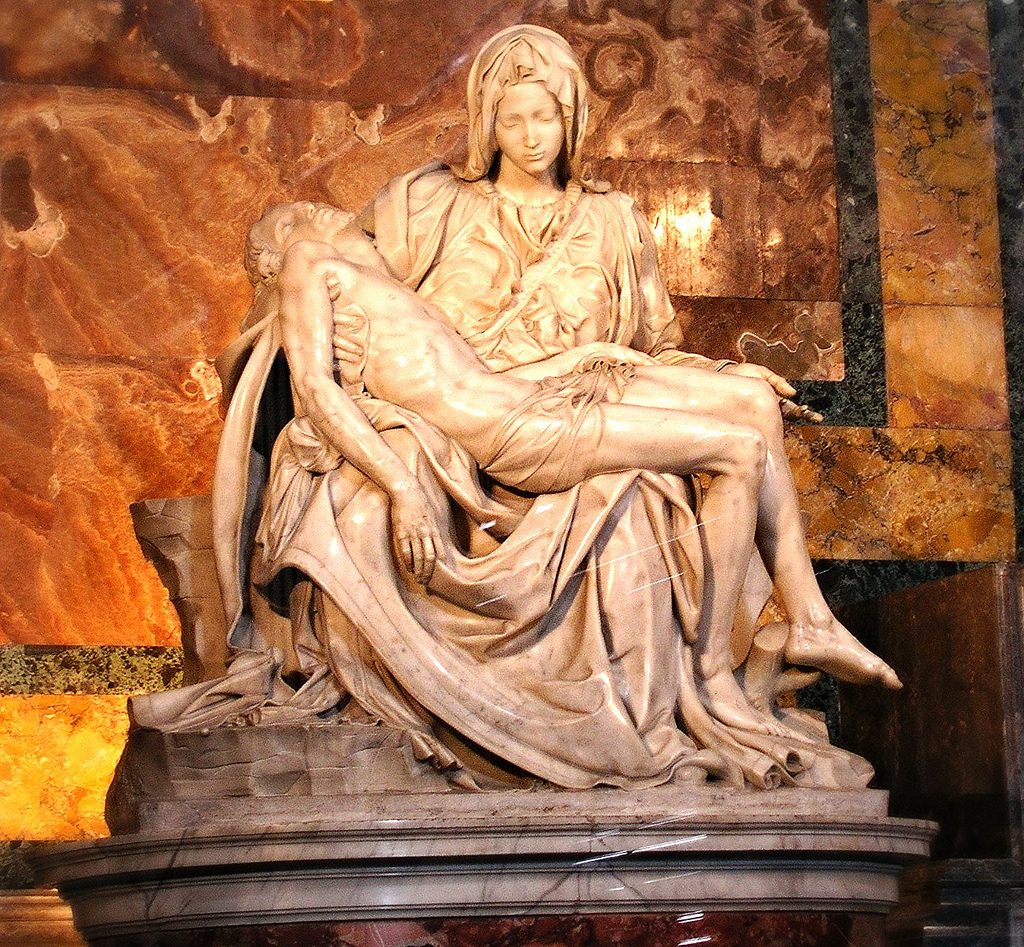 Humanism involved a greater focus upon people (moving away from God in some ways), and this is reflected in the art from the time. This statue by Michelangelo is common of statues of the time.

The wealth of the gentry also helped to start the new fashions. The wealthy used their money to buy expensive clothes in the latest styles.

Fashion was important as a status symbol. Clothes were considered so important in Elizabeth’s reign that some new laws, The Sumptuary Laws, called the Statutes of Apparel __were passed in __1574. These strictly controlled the clothes people were allowed to wear based on their social rank.

This was another way in which Elizabeth kept control – by insisting that people wore the clothes she decreed, this allowed her to control taste and influence the classes. This made the nobility unhappy, as they were annoyed that ‘commoners’ (the gentry) were getting wealthier and more powerful. 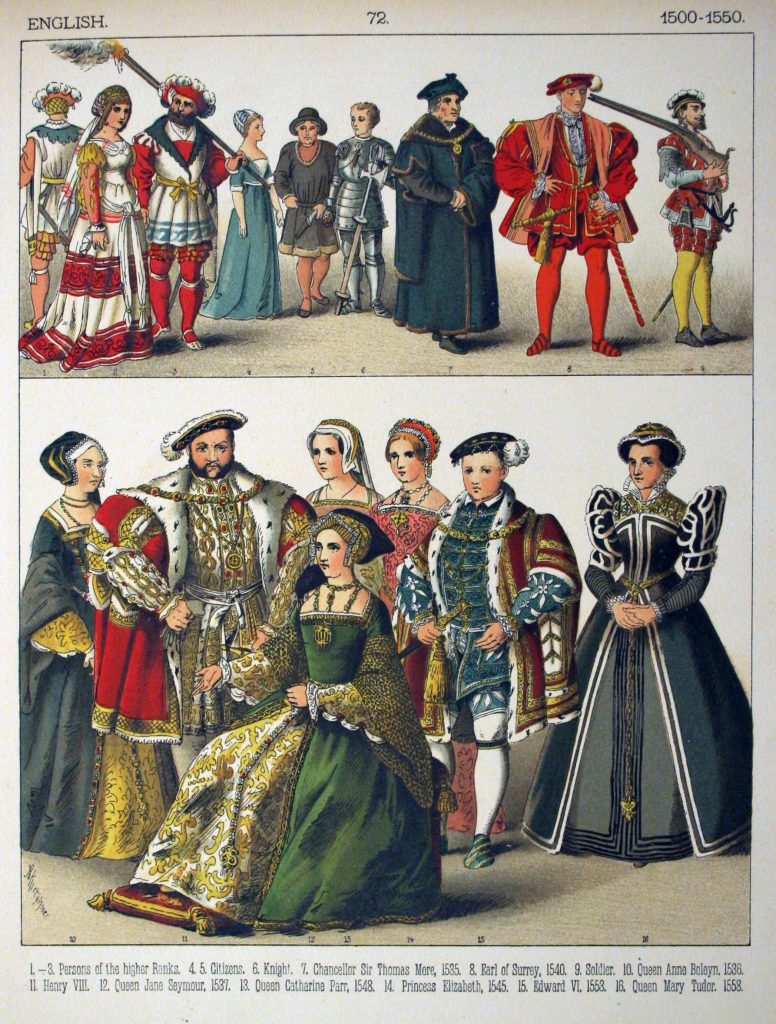 This picture shows important members of Tudor royalty, and the fashions of the time. Whilst this shows Henry VIII and his family, the fashions remained largely the same with Elizabeth, except for the addition of a ruff (frilly white collar, see below).

This picture shows the male and female fashions in Elizabethan times. Can you compare it to the above picture? Note the accentuated shapes, the patterned fabrics, and the large collars (ruffs).