Lord Darnley became restless with his position as king consort and demanded to be made full King. Mary refused. Mary became pregnant but Lord Darnley became jealous of her relationship with her private secretary David Rizzio. Darnley and a group of Protestant rebel accomplices burst into a party hosted by Mary and stabbed Rizzio to death in front of Mary. After the murder Darnley swapped sides to support Mary and they both fled from the rebels. Prince James was born to Mary but Lord Darnley was taken ill. Mary frequently visited him in the house he was staying in. Then it, and he, were destroyed in a mysterious explosion. Mary and her new favourite the Earl of Bothwell are prime suspects in the murder. Mary and Earl of Bothwell later marry. Rebels rise up because of this and capture Mary, forcing her to abdicate in favour of her infant son. Despite escaping and raising an army, Mary is defeated and forced to flee to England to live under the protection of her cousin, Queen Elizabeth I.

Mary’s claim to the throne 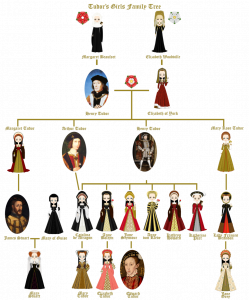 Mary’s mother was Mary de Guise. She came from a very powerful and influential catholic French family. They had a lot of influence in France. The French and English were longstanding enemies.