In order for a person to be found guilty of committing a criminal offence, it usually has to be proved that the defendant has both committed a ‘guilty act’ with a ‘guilty mind’. Let’s explore those two ideas here.

Actus Reus - The guilty act, or actus reus as it is known, is the physical part of the offence. For example, if the case concerned a Theft, the guilty act would occur as soon as the defendant begins to treat someone else’s property as their own, often by taking it away from the owner. In a Battery case, the actus reus would normally be the infliction of force upon the victim.

In order for the actus reus to be established, it must be proved that the act was performed voluntarily. If it was an involuntary act, then this is usually not enough to secure a conviction, except in rare circumstances such as offences of strict liability. A famous dangerous driving case regarding this was Hill v Baxter. Here, Lord Goddard explained that an ‘unknown illness’ (as the defendant pleaded) was not evidence of an involuntary act. Only something like a swarm of bees entering the car could render the defendant’s actions as involuntary.

Secondly, the actus reus might actually be an omission, or the absence of an act. There are several examples where an omission could form the actus reus of an offence. For example in R v Pitwood, the defendant failed to operate a level crossing, causing a fatal collision. In R v Stone and Dobinson, the defendants failed to take care of a sick relative. In R v Miller, the defendant failed to address a dangerous fire that they had accidentally caused. And in R v Dytham, an off-duty police officer failed to intervene when a person was kicked to death by a bouncer whilst in their presence.

Finally, there are some offences, which only require an act. It need not be voluntary and in some cases, the defendant may even claim they were unaware of it. These offences are known as strict liability cases. The act is simply being in a state of affairs. One key case to know for strict liability is the case of R v Larsonneur. In this case, the defendant had moved to Ireland as her right to remain in England had expired. However, she was deported back to England, from Ireland, where she was promptly arrested, essentially for being in England without permission. Did she intend to commit this offence? One could hardly argue it, yet she was found guilty, as no mens rea was required for her criminal liability.

Mens rea means the ‘guilty mind’ and refers to the metal element of a criminal offence. This could, for example, be seen as an intention to steal, or taking a risk as to whether harm could be caused to somebody. There are various ways of categorising different levels of mens rea. Intention clearly more culpability than mere recklessness. However, recklessness still demonstrates that a risk was known and was taken anyway, showing a disregard for the wellbeing of others.

Oblique intention is a lesser form of intention, where the defendant still aimed to cause harm, but not the harm that actually occurred. The case of R v Woollin illustrates this principle. In this case, the defendant threw his baby in a fit of rage, knowing that serious harm was a virtual certainty. The baby died. Whilst death was allegedly not the defendant’s aim, harm was still intended on some level. A key idea to consider here is whether foresight of consequences is proof of intention. In the case of Nedrick it was decided that if the defendant was virtually certain that harm would occur, then this is evidence from which the jury might infer intention, however, the jury may arrive at the opposite conclusion. 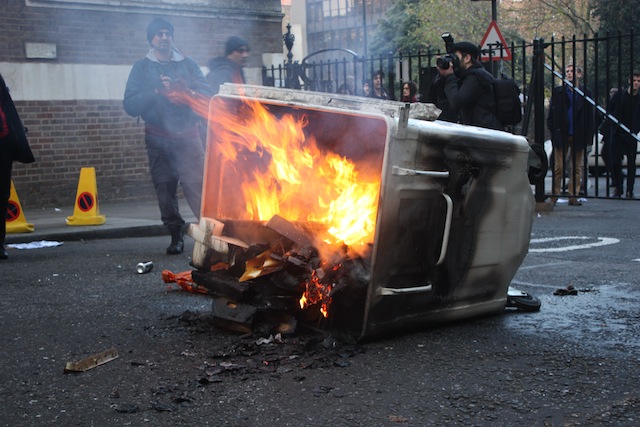 Subjective recklessness is the next level down from intention regarding mens rea for criminal liability. R v Cunningham that the defendant must have an appreciation of a risk to another, from his actions. If he then takes that risk and causes harm as a result, then that will satisfy the mens rea requirements for most crimes (those which do not require intention for criminal liability). This decision was approved and upheld in the case of R v Gemmell and Richards, where two boys set fire to a bin, which then spread to a building, causing extensive damage. The boys knew their actions could have caused harm and they took that risk, therefore they were found to be liable.

Finally, mens rea can be established via gross negligence. This is where there is a duty of care, which was breached, causing death. A jury must also decide that this breach was so serious or “gross” that it should amount to criminal conduct. The case of R v Adomako illustrates this idea clearly. Here, an anaesthetist failed to spot that an oxygen tube had become disconnected during a routine operation. The patient died after being starved of oxygen for over two minutes. At the trial it was discovered that most anaesthetists would have spotted the disconnected oxygen tube within twenty seconds, thereby eliminating any risk to the patient. Due to this, the jury found that not only was Adomako negligent, but that he was grossly negligent, amounting to criminal liability.