Laboratory: Conducted in a highly controlled environment. The IV is manipulated to see the impact on the DV, whilst the effects of other variables are minimised as far as possible. For example, giving researchers lists of words to remember, giving them another task to prevent rehearsal, then testing their recall of the information.

Field: The experimenter manipulates an IV in a more natural setting. For example, Piliavin (1969) got a confederate to collapse on a train when smelling of alcohol or carrying a walking stick, and seeing how many people helped in each condition.

Natural: The experimenter studies the effects of a naturally occurring IV. Participants may still be studied in a lab-type setting to see the effects, but the IV is not manipulated by the researcher. For example, Williams (1986) looked at the effects on gender attitudes after the introduction of TV to a small town in Canada.

Quasi: The IV is based on an existing difference between people. For example, gender differences in attitudes towards food.

Observations involve watching and recording people’s behaviour in a natural setting. Observations by themselves are non-experimental, but observational techniques can be used as part of an experiment. Types include:

These are sets of questions which participants complete independently, for example on their attitudes towards something or beliefs about something. Questionnaires can be used as part of an experiment (e.g. measuring locus of control through a questionnaire, and then testing the participants in some way). Questions can be open, in which the participant can answer in any way they wish- for example, ‘why do you think people follow orders?’. This produces qualitative data, which is rich in detail. Alternatively, questions can be closed, in which there are a set of answers participants must choose from- for example ‘do you think that people follow orders because of (a) the situation they are in, or (b) their personality?’. This produces quantitative (numerical) data which can be easily counted.

A correlation measures the relationship between two variables, and the strength of that relationship. They are plotted on a graph known as a scattergram/scattergraph. Correlations can be positive, meaning that as one variable increases, so does the other one, for example as the number of people present increases, so does the rate of obedience. Negative means that one variable increases whilst the other decreases, for example as the level of anxiety increases, the accuracy of eyewitness testimony decreases. No correlation means there is no link between the two variables. 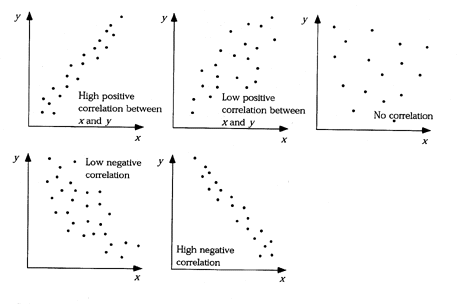 This is a type of observational research in which something that has been produced (such as newspaper articles and television adverts) is studied. The aim is to analyse the communication in order to detect trends and make conclusions.

A case study is an in-depth investigation, usually of one person or a small group of people. Individuals studied may have particular conditions or unusual characteristics. Case studies often produce qualitative data, as unstructured interviews and observations may be used. The participant may be asked to complete laboratory experiments, which would be more likely to produce quantitative data. Often case studies are longitudinal, as the participant is studied over many years. Examples of case studies include HM, whose memory was damaged following an operation.