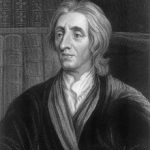 Locke was a British political philosopher. In _Two Treatieses of Government _(1690) he argued that the people and their rulers should be subject to restrictions in law. Otherwise, there is no guarantee that the rulers would not abuse the ruled. He supported the concepts of ‘natural’ rights, that everyone is entitled to by virtue of being human, and natural laws, and suggested that governments derive legitimacy from the people, so should respect the people’s natural rights. The social contract is the expression of this idea; that people accept the rule of the government as they know this is the best protection of their rights and interests. The government’s role is to govern in accordance with the people’s wishes, by giving people freedoms as far as possible and promoting toleration. This upholds the key right of freedom. If the government does not do this, the people have the right to disobey or overthrow it. This is the idea of authority based on consent. The government therefore has fiduciary power, meaning there is a measure of trust between the government and the people. 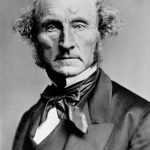 Mill argued in On Liberty (1859) that the ‘harm principle’ should guide the actions of government. He argued that ‘self-regarding’ rules (freedoms people should have to do things to themselves) should never be limited. This is because self-regarding actions do not harm other people. ‘Other regarding’ rules (the freedom to do things to others) are actions which can be restricted, but only if they cause harm to others or limit their freedom. Later in life he supported limited state intervention to prevent the poorest from experiencing injustice, for example taxation (which should be the same rate for all- a ‘flat tax’). Therefore, he is seen as a ‘bridge’ between classical and modern liberal thought. He also strongly supported toleration and the right to hold minority views- he suggested that just because a belief was widely supported, that did not make it ‘right’. Some of his views were unconventional for the time, for instance his belief in the complete equality of men and women. He also distinguished between ‘higher’ and ‘lower’ pleasures, higher pleasures being ones which enhance a person’s intellectual development. These were to be preferred over lower pleasures, which Mill criticised as ‘hedonism’- the pursuit of basic sensual self-indulgence. 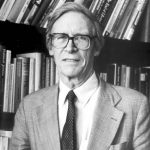 Rawls was an American academic. In A Theory of Justice (1971) he argued that the individual rights, freedoms and beliefs of each person must be respected. Therefore, approaches such as utilitarianism (the greatest happiness for the greatest number) are flawed. Excessive inequality should therefore be avoided, as it harms the poorest in society. A just society is one in which each person has an acceptable minimum standard of living. This is based on the ‘veil of ignorance’ scenario, whereby individuals would devise a society in which certain living standards and rights existed for all. They would do this without knowing their own position in that society, so they would naturally want certain basic living conditions in case they found themselves at the bottom. Inequality can only be allowed therefore if it does not make people at the bottom worse and worse off. Rawls rejected the extremes of communism and unregulated capitalism. Later, he suggested that an ‘overlapping consensus’ on the principles of a just society would be sufficient for society to function. 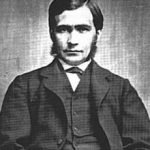 TH Green was an English academic. He emphasised the difference between negative and positive freedom, negative freedom being the absence of constraints on a person (so, being left alone by the state) and positive being personal development and the fulfilment of potential. The latter definition also includes each person developing moral sensibilities, through the exercising of duties and responsibilities. Green believed that the state should enable and protect the social, political and economic environments in which individuals will have the best chance of acting according to their consciences. However, the state must be careful when deciding which liberties to curtail and in which ways to curtail them. He believed that over-enthusiastic state intervention could prevent opportunities for conscientious action thereby stifling the moral development of the individual. The state should intervene only where there is a clear, proven and strong tendency of a liberty to curb the liberties of another, for example through slavery. 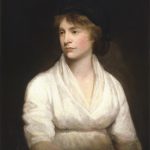 Woolstonecraft was an early feminist writer. In A Vindication of the Rights of Women (1792) she argued that women were just as rational as men, so were entitled to the same rights. At the time of her writing, women did not enjoy legal independence from men, as their husbands controlled every aspect of their lives. Woolstonecraft argued that women needed formal equality in order to be free and not dependent on men. They should have the same opportunities as men to pursue careers, for example. She wanted women to have a choice, although she did suggest that women were more likely to choose the domestic role, perhaps being influenced by the beliefs of the time she was writing in that women were biologically predisposed to the mothering, nurturing role. Wollstonecraft was a defender of the French Revolution, against the criticisms of Burke and others, in the ‘revolution controversy’ debate, criticising the institution of aristocracy and arguing for republicanism (removal of the monarchy) as the best way of ensuring the rights of individuals were protected. 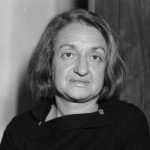 Friedan was an American feminist, influential in the feminist and Civil Rights movements in the USA. In The Feminine Mystique (1963) she argued that women were encouraged to take domestic roles in society due to conditioning, rather than innate biological tendencies. Confinement to this domestic role led to unhappiness and unfulfillment for large numbers of women. She wished to reform society so that women were able to easily choose either a career or a domestic role, depending on what they wanted. This would result in true equal rights. Any laws which prevented this should be repealed. Friedan argued for a level playing field for women with men, similar to the views of Mary Wollstonecraft. Women should be seen as just as capable as men of having successful careers in a number of different fields.

A tradition within liberalism that seeks to establish a minimal state and a reliance on market economics.
Classical
An intellectual movement which challenged beliefs in religion, politics and learning.
Enlightenment
The absence of external constraints on an individual.
Your answer should include: Negative / Freedom
A tradition within liberalism that advocates some social and economic intervention by the state.
Your answer should include: Modern / Liberalism
A society where reward is determined by effort and ability.
Meritocracy
A willingness to accept views you disagree with.
Toleration
Philosopher who wrote ‘On Liberty’.
Mill
Philosopher who wrote ‘Two Treatises of Government’.
Locke
Type of freedom measured by the ability of individuals to develop and achieve their potential.
Your answer should include: Positive / Freedom
British economist who advocated government involvement in the economy at times of economic hardship.
Keynes