“There is no world without Verona walls.” Verona is the backdrop of this most famous of tales. One previous Shakespeare play, ‘The Two Gentleman of Verona,’ had been set here, but it was this play which left its mark. Though it is not known for certain whether Romeo and Juliet existed, the Montagues and Capulets (Montecchi and Capuleti) undoubtedly did; both family houses still exist.

﻿The city is now almost synonymous with the idea of love and the tale of two “star-cross’d lovers”, so much so that, every year, thousands of letters are sent to Verona, addressed to Juliet, detailing stories of unrequited love. 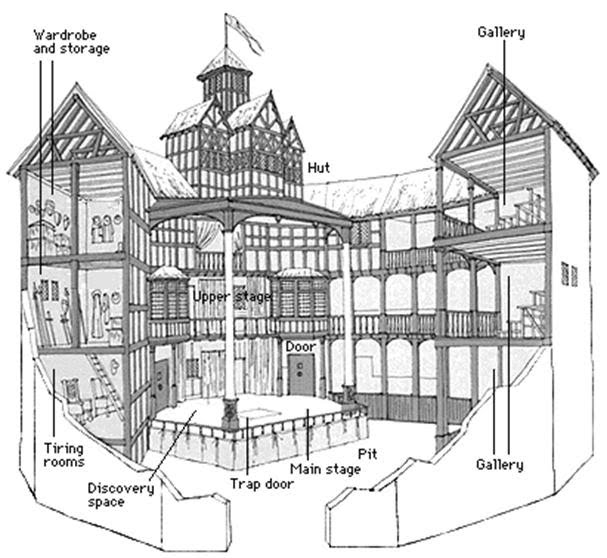 Though Shakespearean Comedies did include humour, a Comedy in those days meant a play which ends with a wedding. Their wedding in the middle of the play and union at the end, certainly hints at this fact (although let’s be honest - it’s definitely a Tragedy!).

But it did have other features of a Comedy:

Let’s be clear: ROMEO AND JULIET IS A TRAGEDY. But Shakespeare is playing around with elements of Comedy and it is interesting to spot when and why.

As one of his early Tragedies (only preceded by Titus Andronicus), Shakespeare is undoubtedly playing around with __form: __

It is quite different to the Tragedies of Hamlet, Macbeth and King Lear, which would come later:

However, fate is present in Romeo and Juliet. Shakespeare never properly returns to this kind of tragic love story: the plays of Troilus and Cressida and Antony and Cleopatra centre on loveless or one-sided relationships, rather than this truer form of love.

As well as a Comedy (with a capital C) it is also important to be aware of the humorous side of the play. Shakespeare uses humour to heighten the drama and tension of the piece:

For someone so famous, there is a large amount of mystery surrounding William Shakespeare. This is hardly surprising, given that he was around over four hundred years ago and the man didn’t even spell his name consistently! But we do know some details about him. He married his wife, Anne Hathaway, when he was only 18 (and she was 26). She was already pregnant and they had their first child six months after being married. Though not entirely unusual for the time, it demonstrates that Shakespeare had a fairly early introduction to love and marriage. This might account for his perspective on the play. However, his stance on love might have changed as he got older; after all, in his will, he appears to have only given his wife a bed…

It is easy to think that Shakespeare concocted all these stories from his imagination, but this couldn’t be further from the truth. Most plays at that time were inspired by sources, and Shakespeare had a number for Romeo and Juliet. Dante’s_ Divine Comedy_ references the Montecchi and Capuleti families, and clearly Shakespeare was aware of the tragic story of Pyramus and Thisbe, as he uses it in A Midsummer Night’s Dream.

But the main source was a poem entitled The Tragicall History of Romeus and Juliet by Arthur Brooke. There are a lot of similarities between the two, essentially retelling the same tale, but more interesting to consider are the differences:

What you should see, in every decision by Shakespeare, is that the characters are put under more pressure and forced to make decisions. Should Juliet defy her parents? Should Romeo avenge his friend? The stakes are much higher as a result.