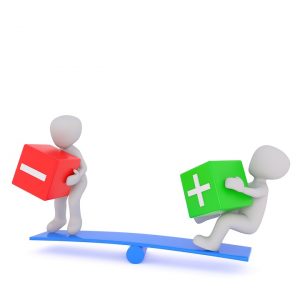 How the constitution has changed since 1997

House of Lords reform, 1999: All but 92 hereditary peers (Lords members who inherited their seat through inheriting a title) were removed from the Lords. This made the Lords more assertive (as they are now mostly appointed, so making them slightly more legitimate), although it remains undemocratic as it is entirely unelected. Several proposals for ‘stage two’ of Lords reform were put forward, ranging from a wholly to partially elected chamber, but none have been agreed upon.

Devolution: Regional assemblies were established, following referendums on their introduction- the Scottish Parliament and Welsh Assembly (1999), and the Northern Ireland Assembly (1998). This transferred some powers away from the UK Parliament, although Parliament retains overall sovereignty.

Human Rights Act, 1998: This established fundamental rights in law for the first time. This gave judges more power to protect human rights and challenge government actions, although the Act could be amended or set aside by government.

Constitutional Reform Act, 2005: This created the Supreme Court, which replaced the law lords as the highest court of appeal in the UK. This made the judiciary more independent from government.

Fixed Term Parliaments Act, 2011: This set the date of the general election as five years from the previous one. Prior to this Prime Ministers could call election at any time within five years, so a key power of the PM was removed. However, this can be overridden with 2/3 of the Commons’ approval (as happened in 2017), or of the government is defeated on a vote of no confidence.

Further devolution: The Welsh Assembly was given more law-making powers following a referendum in March 2011, similar to some of the powers of the Scottish Parliament. More powers were promised to the Scottish Parliament following the 2014 __independence referendum, and granted in the Scotland Act __2016. This in turn triggered proposals by some for ‘English votes for English laws’ whereby only England’s constituency MPs could vote in Westminster on issues that only affected England, elements of which were established in 2016.

Proposed changes that didn’t happen: Reform of the Westminster electoral system (from FPTP to AV) was put to a referendum in 2011, but this was rejected by the public. House of Lords reform was discussed and legislation was proposed, but was withdrawn when it became clear that it would be defeated in the Commons. The Conservatives proposed amending the Human Rights Act to a ‘British Bill of Rights’, which would have been easier to set aside, however no legislation was forthcoming.

Constitutional implications of the coalition: As a result of the formation of the coalition, it is likely that if such an arrangement were made in the future then the ‘blueprint’ of__ 2010-15 _would be followed. Therefore, the coalition created new conventions in the constitution. For example, the formation of the government took place following negotiations between the Conservatives and Lib Dems, during which time Gordon Brown remained as PM. Collective responsibility was also weakened, as there was less expectation that ministers would publically support _all government policy due to ideological differences between the parties. The executive was organised in a different way, for example the creation of the ‘quad’- Cameron, Nick Clegg, George Osborne and Danny Alexander, and the coalition committee. These allowed for cross-party discussion and policy formulation. The PM’s powers were more shared with Clegg (the deputy PM), with the two men almost functioning as equals in government. The House of Lords was more willing to challenge bills, as the manifestos of the two parties were amended following the formation of the coalition, so had not been fully approved by the electorate.