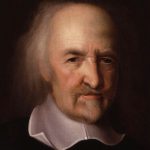 Hobbes was an English political philosopher who argued for complete obedience to an absolute government in his work Leviathan (1651). He argued that in the (hypothetical) time before any government, which he termed the ‘state of nature’, there was chaos due to unrestrained human freedom. Life in the state of nature was ‘nasty, brutish and short’. Therefore, to avoid this, humans need to submit to an authority, even an authoritarian one, as the alternative of no state would always be worse. His view on human nature was very negative- he thought humans are needy and vulnerable, and their attempts to understand the world would be doomed to failure due to their tendency to self-interest. Therefore, an ordered society is necessary to prevent chaos, and this can only be ensured through submission to a strong government. 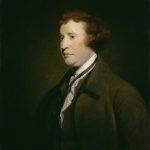 Burke was an Irish-born politician and writer. In his work Reflections on the Revolution in France (1790) he criticised the French revolutionaries for basing their actions on abstract ideas such as liberty and equality. As these ideas were not well-established, the result would be that society would be plunged into chaos. Instead, he suggested that change, where it needs to happen, must happen with great caution, respecting the fact that society is organic. He also suggested that tradition should be respected, as it represents the accumulated wisdom of the past. Traditions have been ‘tested by time’ and have value due to the fact they have persisted, so they should not be tampered with by humans. 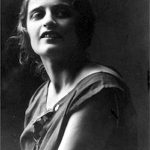 Rand was a Russian-born American philosopher. She was a supporter of libertarianism, particularly a laissez-faire market economy. This was based on her belief that humans should pursue their own happiness as the highest moral aim (objectivism), rather than consider the happiness of others, which creates an artificial sense of obligation. Humans can be guided by reason, so should be permitted to do so. Therefore, any attempt to interfere with or hinder human living should not be permitted. State intervention, for example in the form of wealth redistribution/welfarism, was strongly criticised by Rand. She instead argued for a ‘full, pure, uncontrolled, unregulated laissez-faire’ economy, suggesting that this represented and respected the individual’s pursuit of self-interest. 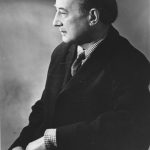 Oakeshott was a British political philosopher. He argued that actions should always be guided by pragmatism- a practical consideration of what best works in any given situation. He rejected ideology (systems of thought such as liberalism and socialism), arguing that ideologies try to make sense of the world and guide political action, but these are doomed to failure due to the limited intellectual capacity of humans. Such theories therefore oversimplify the complex nature of the world, which humans can never fully understand. He pointed to the problems associated with Soviet-style communism as an example of how attempting to put an ideology into practice does not work. British-style parliamentary democracy on the other hand, which evolved gradually over time, was seen by Oakeshott as a success. 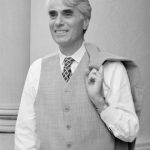 Nozick was an American philosopher. In his work Anarchy, State and Utopia (1974) he argued for a rights-based libertarian political system, and a very minimal state. He based his view on the philosopher Kant’s ideas. As humans are individuals with free will, they should not be used as resources (for example, being compelled to work for another). What follows is a critique of taxation, as this is in effect ‘forced labour’- the state forcibly taking a proportion of the individual’s wage therefore treating the individual as a resource to achieve an aim (such as reducing inequality). Nozick therefore argued for a minimal ‘night-watchman’ state which only exists to protect people’s basic freedoms. This is also based on the idea first outlined by John Locke that individuals ‘own’ their bodies, talents, abilities and labour. Therefore, the state should completely leave them alone, without taking some of their money through taxation, or telling them what to do (for example, laws regulating eating, drinking, smoking and so on).

Irish-born philosopher who regretted the French Revolution.
Burke
Values, practices, institutions that have endured through time.
Traditions
Conservative belief that humans are limited, security-seeking creatures.
Human imperfection
The belief that society operates like a living entity; more than the sum of its parts.
Organic society
A gradiation of social positions or status.
Hierarchy
The right to exert power and influence over others.
Authority
The transfer of state assets and industries from the public to the private sector.
Privatisation
The idea that governing is best done by those in positions of power or privilege, in a ‘fatherly’ fashion.
Paternalism
A type of conservatism associated with Disraeli.
Your answer should include: One / 1 / Nation
An updated version of classical economic liberalism, dedicated to the free market.
Neoliberalism