Development, nature and sources of the UK constitution 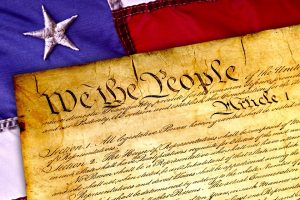 Codified: the constitution is written down in one place, as one document. Constitutional laws are ‘entrenched’- they have higher status than other laws- for example the USA

Uncodified: the constitution is made up of several sources- some written, some not. Constitutional laws have the same status as any other law- for example the UK

Entrenched: the constitution is protected by a ‘higher court’, needing special procedures to amend it

Non-entrenched: laws relating to the constitution have the same status as any other laws, and can be amended just as easily

Unitary: power is concentrated within a single body/institution- for example the UK (UK Parliament)

Federal: power is shared between institutions- for example the USA (state power and national power)

Flexible: the constitution is quite easily amended/changed- for example the UK, where a large amount of constitutional reform has taken place since __1997 __(however, some long-established, possibly outdated, constitutional principles remain)

Magna Carta, 1215: signed by King John, the ‘Great Charter’ was a series of written promises between the king and his subjects. The king agrees to govern England and deal with its people according to the customs of feudal law. It was an attempt by the land-owning barons to stop the king from abusing his people. Certain basic rights were established, for example the right to a jury trial.

Bill of Rights, 1689: guaranteed further basic rights, for example free elections, and laid out both rights of Parliament and limitations on the power of the Monarch. The Bill firmly established the principles of frequent parliaments and freedom of speech within Parliament – known today as Parliamentary Privilege. It also includes no right of taxation without Parliament’s agreement, freedom from government interference, the right of petition and just treatment of people by courts. The main principles of the Bill of Rights are still in force today.

Act of Settlement, 1701: this confirmed the power of Parliament to determine the succession to the throne- it was an attempt to prevent a Catholic from taking the throne.

Acts of Union, 1707: united Scotland to England and Wales, creating the United Kingdom of Great Britain. Scotland continued to have a separate legal system.

Parliament Acts, 1911, 1949: Until the early years of the 20th century, the House of Lords had the power to veto (stop) legislation. However, this arrangement was put under pressure when the House of Lords refused to pass David Lloyd-George’s ‘people’s budget’ of 1909. Eventually, the budget was passed after a general election in 1910; a second general election was then fought on the issue of reform of the House of Lords. The result was the Parliament Act 1911, which removed from the House of Lords the power to veto a Bill, except one to extend the lifetime of a Parliament. Instead, the Lords could delay a Bill by up to two years. The Act also reduced the maximum lifespan of a Parliament from seven years to five years. The Parliament Act __1949 __further reduced the Lords’ delaying powers to one year. The Parliament Acts define the powers of the Lords in relation to Public Bills. Money Bills (Bills designed to raise money through taxes or spend public money) start in the Commons and must receive Royal Assent no later than a month after being introduced in the Lords, even if the Lords has not passed them. The Lords cannot amend Money Bills. Most other Commons Bills can be held up by the Lords if they disagree with them for about a year but ultimately the elected House of Commons can reintroduce them in the following session and pass them without the consent of the Lords.

Patterns of reform: the UK constitution has gone through a gradual process of change- there has been no wide-scale upheaval of the system, as in the French Revolution, for example. Instead, there has been a slow transfer of power from the monarch to Parliament (more specifically the House of Commons, which has become increasingly representative through the extension of the franchise). Similarly, there has been a gradual increase in the protection of rights and liberties.