There are lots of different ways computer networks can be joined together. The way in which connections are made between devices is known as a topology. You need to know about two topologies and when you would use them both.

When we describe topologies, we do so using a network diagram. On these, we represent nodes as squares and the connection between the devices as a straight line. You should be careful when answering questions about topologies in exams that you have done what you are asked to do - for example, if you are asked to draw a topology showing four computers, make sure you have only four computers on it.

A bus topology consists of one long cable with terminators at either end. All the nodes on the network are then connected to this cable by their own separate cable. They are often used when there are only a few computers, or if cost and expertise are limiting factors. 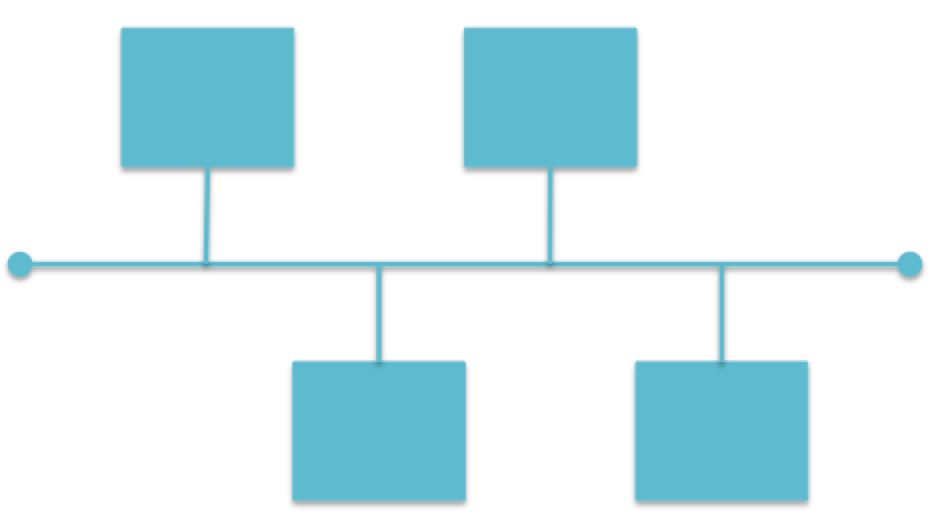 In a star topology, there is a central hub/switch, and all other devices are connected to this one device using its own cable. They are usually used if there are lots of devices or if speed or security is an important factor to consider.

A hub or switch is a device that is used to connect parts of a network together. Switches are intelligent devices that are able to send data packets to just the node that requires it, whereas a hub is passive, and just copies data packets to all ports it is connected to. 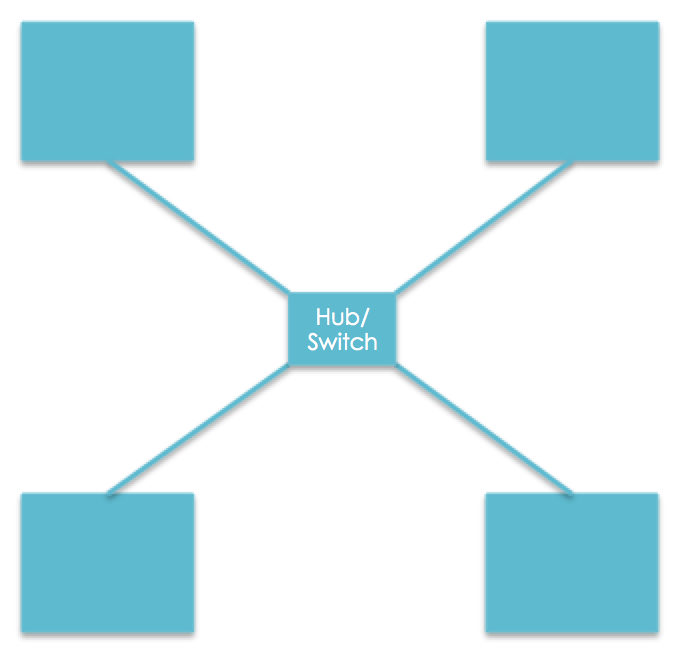