A force can change the__ shape__ or the __velocity __of an object. Forces are measured in Newtons (N).

There are two different types of forces: Contact and non-contact forces.

As mentioned previously, all forces are __vector __quantities.

Since this is the case, we use arrows to show how large the force is and which direction it is acting in.

There are cases in which forces are acting in different directions. 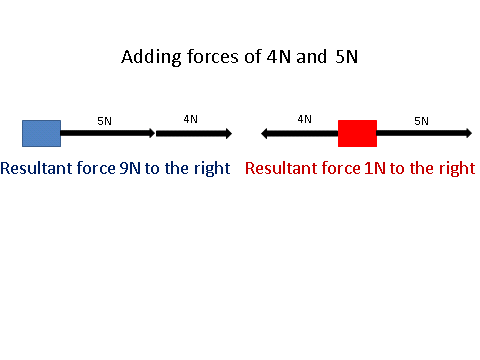 Since forces are vectors, you can add them up or subtract them from each other. You can only do this for forces that are acting on the same plane, so vertically or horizontally.