The frequency of a wave is the number of waves that passes a given point in__ one second.__ It is measured in Hertz (Hz).

The equation for frequency is

You are provided with the following: 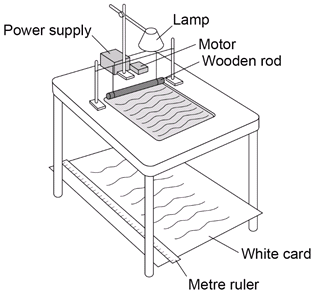 Although sound travels quite fast, it is still possible to measure its speed in air. To do this, you need to measure the time it takes a sound to travel a measured distance. To reduce errors, particularly timing errors, you should either:

This method involves measuring the time taken for you to hear an echo from a sharp clap. You stand a long distance from a wall, clap, and listen for the echo. The distance travelled is twice the distance from you to the wall (because the sound has to travel to the wall and back).

A data logger can measure and record the time taken for sound to reach two microphones. Unlike the clap-echo method, these can be quite close together.