Angelou is discussing discrimination and the idea of being suppressed. She is declaring her determination to succeed in a world that puts her down. She is expressing her strength as a woman and her desires to succeed. She believes that the world is against her.

Growing up in 1930s America, Angelou experienced the segregation that occurred between the white and black population. Laws and rules aimed to limit the movement of the black community. The black community were controlled by the white laws: separate schools; separate buses and even separate restaurants. Black people also had no vote in America, despite their contribution to World War 2. The Civil Rights Movement aimed to gain equality. One of their most famous leaders was Martin Luther King, whose speech ‘I have a Dream’ is still one of the most well known speeches known today.

Even today, America continues to experience racism, despite the equality that is presented in the law. 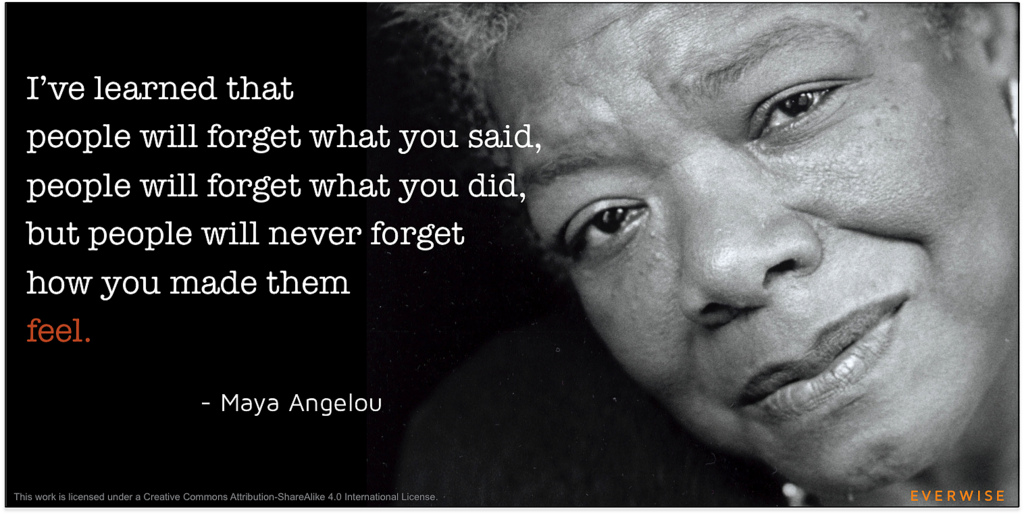 Maya Angelou (1928-2014) was an American poet. She was also a civil rights activist. She published many poems, autobiographies and essays.

At 8 years old, Angelou was raped by her mother’s boyfriend and he was jailed for only one day. At this point, she felt responsible and she became mute for some time.

At 17, she had her first child. She had only recently graduated from high school.

Angelou did not have an easy life and ‘Still I Rise’ represents her determination to succeed and her hopeful spirit. She aims to present the feelings instilled by segregation in the poem and her determination to fight the injustice in the world. The poem resonates with all communities and people who are desiring to overcome an issue.

Throughout the poem, there is a continual use of similes. This compares one item with another by using words such as ‘as’ or ‘like’. One of the most prominent is: ‘like moons and like suns’. Angelou discusses the natural order of the world. It seems as though she is suggesting that is is instinct and human nature to recover from feeling low and suppressed.

Whilst most of the imagery throughout the poem is simile based, there is one clear metaphor:

She is suggesting that she is full of life and her positive spirit is never-ending; she cannot be contained.

‘Leaving behind nights of terror and fear.’

Angelou is clear about her emotions within this line. She is aiming to escape the unhappiness that has been evident. The ‘nights’ are reflective of the darker times and the ‘daybreak’ represents the hope.

‘Did you want to see me broken?’

Within this particular rhetorical question, she is addressing her suppressors directly. For those who want to contain her, this is a powerful message: she is not scared to speak her mind to those considered ‘superior’.

The most obvious phrase repeated in the poem is ‘I’ll rise’; however, by the end, it becomes ‘I rise’. It is almost as though she is transitioning from considering changing and fighting for her cause to actually completing it.

Throughout the poem, there is regular rhyme. It almost sounds as though the poem is a song. Her aim is to inspire others to ‘sing her song with her’ and to inspire other people to stand up for themselves.

In the final lines, Angelou considers her heritage:

‘Bringing the gifts that my ancestors gave,

I am the dream and the hope of the slave.’

She is suggesting that she has the freedom that her past were unable to achieve and she follows this with repetition of ‘I rise’. The present tense of ‘rise’ suggests that she is now overcoming any issues and she has the determination to ensure that she succeeds.

Compare the sense of determination in ‘Still I Rise’ to another text of your choice.

Compare the sense of hope in ‘Still I Rise’ to another text of your choice.

How is inequality presented in ‘Still I Rise’? Compare it to a text of your choice.