The Bosnian war occurred between 1992 and 1995, after the declaration of independence from Yugoslavia (1992). However, there was conflict over the way the country should be run and Bosnian Serbs began to fight with Serbs.

Sarajevo was under siege between 1992 and 1996. It was the capital of Bosnia-Herzegovina. As a modern city, it had all of the conveniences expected, including schools, shops, universities and hotels.

With Sarajevo being such an important city, it played a central role to the Bosnian war. With the citizens relying on electricity and water for everyday life, these basic needs became central to the fight. Serbs cut off these amenities and took control of all food, water, medicines and roads. Life was controlled by the Serbs. Not only did the civilians face these issues but they also faced fierce fighting on a daily basis. Hundreds of shells were blown up daily and life was a challenge for all. 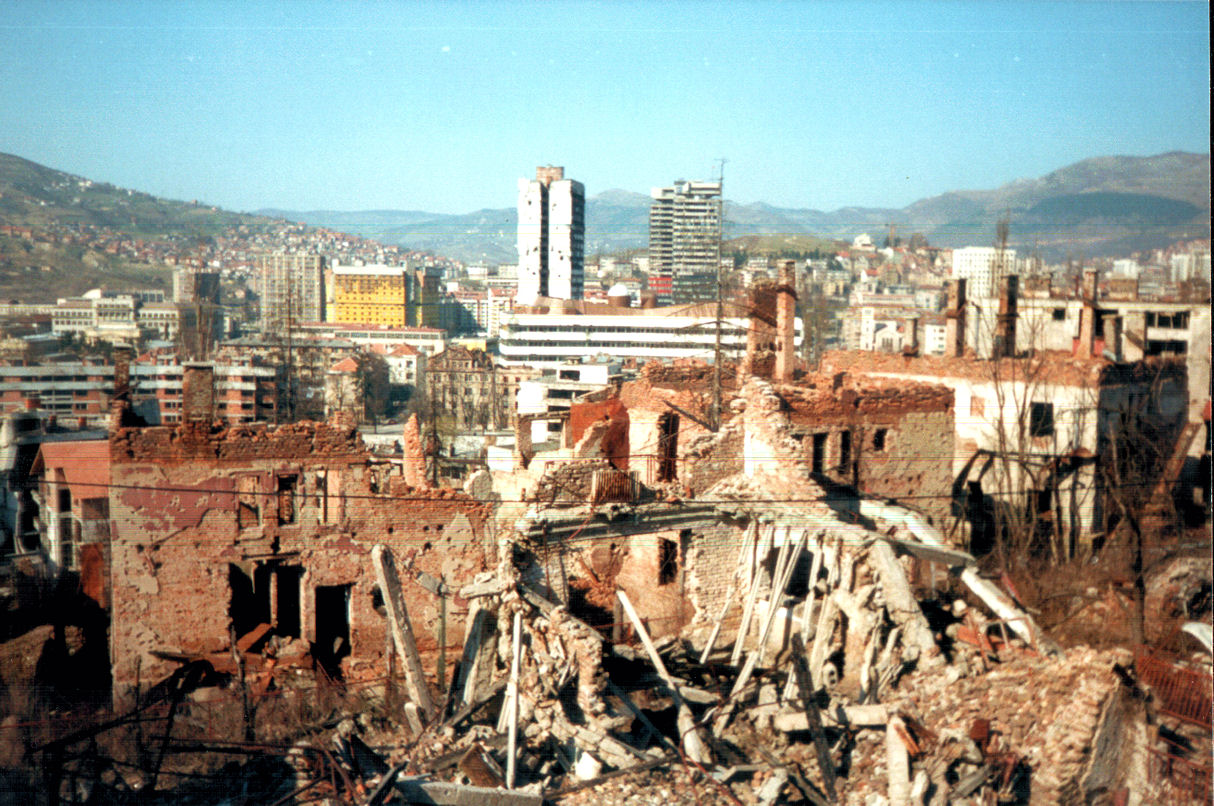 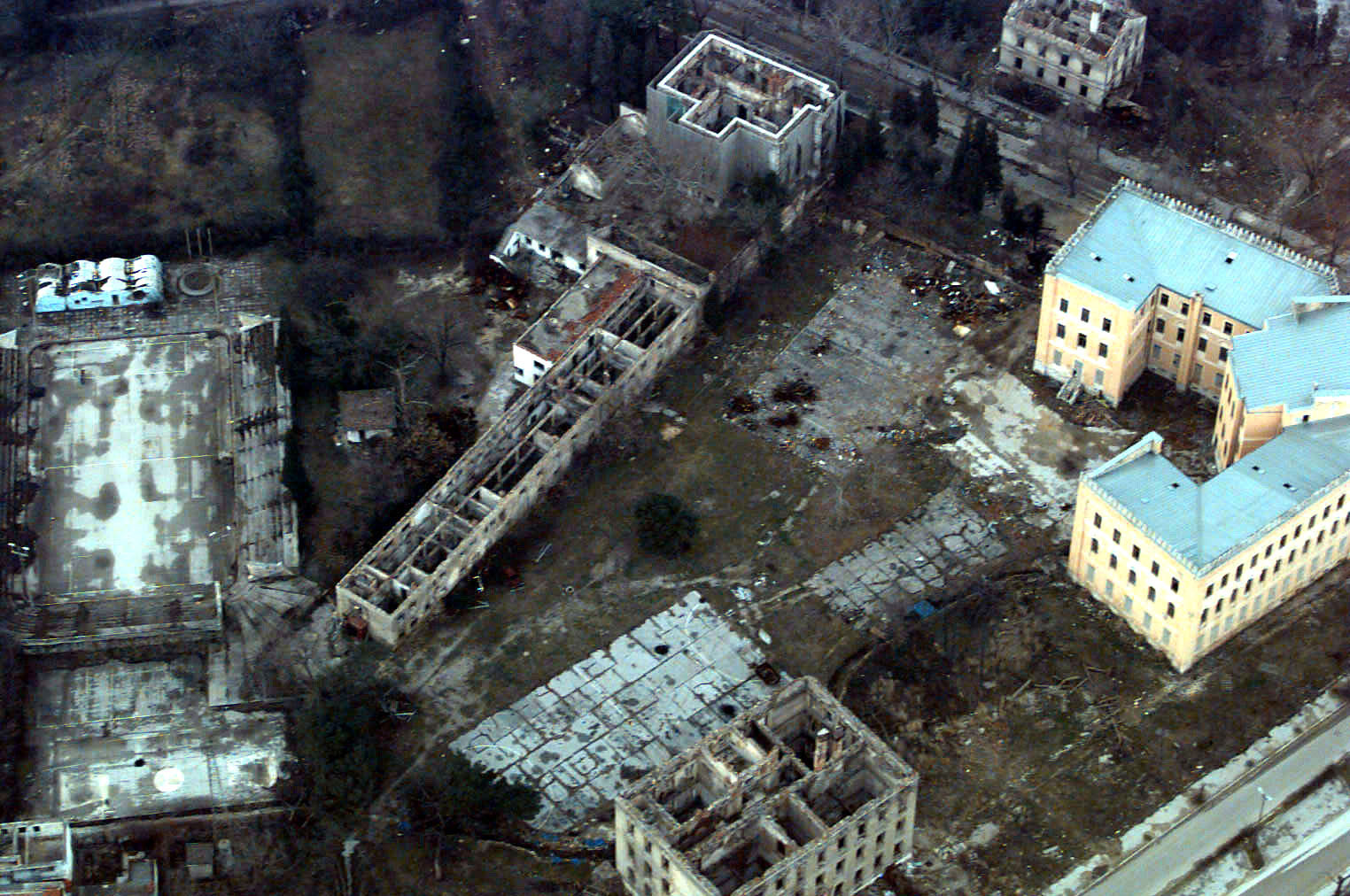 Tony Harrison was born in the UK and he continues to write for theatre. He is famous for his collections of work based on political and world events, including the documentary ‘The Shadow of Hiroshima. He always seems to confront and tackle the difficult issues head fearlessly head on. Harrison was a war poet during the siege and witnessed the horror firsthand.

Throughout the poem, vocabulary is used to create a clear picture in the reader’s heads of the view that Harrison can see.

There appears to be a desperate lack of food in the area and malnutrition is a severe threat.

Juxtaposition is the contrasting of two opposing ideas that cannot be true.

The romantic nature of the poem (‘holds her hand’) is continually contrasted with the violent imagery (‘broken dead’), representing the normality of life that can be taken for granted.

Darkness (‘black shapes’) is continually contrasted with light (‘bright skies’), representing the hope in a hopeless situation. The dark shapes also represent the different communities evident in the fight.

The poem opens with descriptions of the helplessness of the people in Sarajevo. There is a desperate state of the people, who ‘queue with empty canisters’, who are ‘struggling up… flights of stairs.’

However, the tone changes with a discussion of the romantic nature of the city: ‘strollers stride’ and a ‘girl’s dark shape is fancied by a boy’. There is a hope described that is not evident in the first part of the poem.

After the romantic tone, we are reminded of the surroundings and the horror ensuing: ‘massacred the breadshop queue,’ yet, even despite this, they manage to pursue each other. The poem ends with the light and hope of sharing a coffee being broken by the ‘curfew’ and their forced separation. It is a reminder that they cannot be free to be together, due to their desperate situation.

Enjambment is the running over of a sentence from one line to another, usually across paragraphs. The lack of full stops suggests a hopelessness to the situation and a lack of finality to the situation.

The poem is divided into rhyming couplets:

‘After the hours that Sarajevans pass

Queuing with empty canisters of gas’.

It appears as though this horror has become a regular way of life. The civilians appear used to having to queue for their basic needs and there is a regularity that has been accepted. It is almost a hopeless existence that they live.

Compare the sense of darkness in ‘The Bright Lights of Sarajevo’ to another text of your choice.

Compare the sense of hope in ‘The Bright Lights of Sarajevo’ to another text of your choice.

How is uncertainty presented in ‘The Bright Lights of Sarajevo’? Compare it to a text of your choice.