Madame Mathilde Loisel was born into a lower-middle-class family but she aspires for a better a life. After marrying a low-paid clerk, he aims to please his wife and manages to receive an invitation for the Ministry of Education party. Embarrassed that she has nothing to wear, her husband sacrifices the hunting rifle that he was going to buy and gives his wife 400 francs. Matilde buys a dress but this is not enough for her and her greed makes her desire more. She wants some jewellery and she borrows a necklace from a friend (Madame Jeanne Forestier); however, at the party, it goes missing from her neck. Mathilde shops for a extremely expensive replacement that she cannot afford. The couple sell all their belongings to pay for it.

10 years later, she sees Madame Forestier and she is embarrassed by her poor attire. As they talk, Forestier informs her that it was a fake and she paid no more than 500 francs.

Maupassant lived in a time when women had few rights, including the vote. The role of women was to be subservient to men and to obey them. Women were unable to have their independence and they were expected to marry and produce children. Many women felt trapped at the time and they were not free to have career paths. Women controlled the social status of their family, which was as important a role as the men earning the money. Mathilde would have been trying to impress her friends with the expensive necklace. 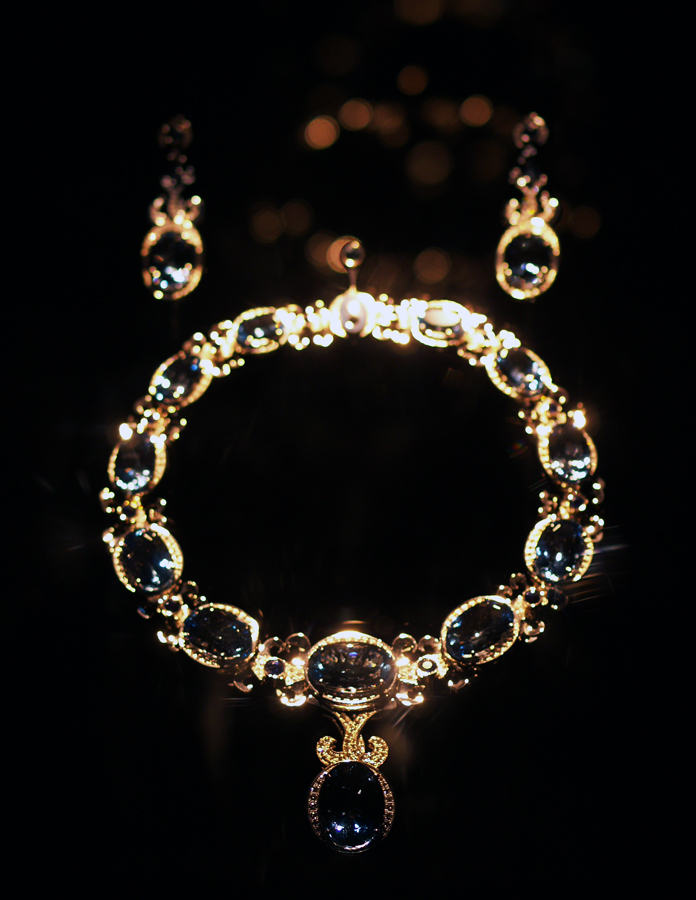 Guy de Maupassant published the story on 17th February 1884 in a newspaper. It was an immediate success and it was a fine example of the ‘Realist’ genre (when fiction reflects reality). Maupassant wrote the story at the height of his career. He never married and died in 1893.

Symbolism is a linguistic device that is used when one object represents another. Within the story, the necklace represents a desire to for Mathilde to become a higher class and she sees it as a way of presenting her social status. The loss of the necklace shows that she will never become a higher class and achieve her dream. She spends all her money replacing the necklace, showing the energy, time and money required to achieve this high status that is desired. Mathilde has a desire to be rich, as she feels as though she will be happier because of it. However, it does not suggest that she will be noble or respected any more. The ending itself suggests that she would be respected more if she was honest and told the truth.

In the middle of the story, Mathilde is described as:

‘She danced madly, ecstatically, drunk with pleasure, with no thought for anything, in the triumph of her beauty, in the pride of her success, in a cloud of happiness made up of this universal homage and admiration, of the desires she had aroused, of the completeness of a victory so dear to her feminine heart.’

It appears as though Mathilde is at her most happiest and free at this point: she feels as though she is now successful because she is amongst people who she desires to be like. Note the lengthy and emotive description that is involved in this quote.

‘The Necklace’ stems from ‘La Parure’, which actually translates to ‘the finery’ or ‘jewels’.

The most obvious structural point is the twist at the end of the story:

‘Oh, my poor Mathilde! But it was only an imitation necklace. It couldn’t have been worth much more than five hundred francs! …’

It emphasises the desire of Mathilde to please earlier in the story, rather than being honest about her status at the time.

The writer uses short paragraphs to move the story quickly. The story covers over 10 years, despite the fact it is only 4 pages:

‘A week later they had lost all hope.’

He successfully manages to move the story forward by a week in one simple sentence, which is also a one line paragraph.

Yet, he also intertwines this with longer paragraphs to emphasise Mathilde’s character:

“When she sat down to dinner at the round table spread with a three-day-old cloth, facing her husband who always lifted the lid of the soup-tureen and declared delightedly: ‘Ah! Stew! Splendid! There’s nothing I like better than a nice stew…’, she dreamed of elegant dinners, gleaming silverware, and tapestries which peopled the walls with mythical characters and strange birds in enchanted forests; she dreamed of exquisite dishes served on fabulous china plates, of pretty compliments whispered into willing ears and received with Sphinx-like smiles over the pink flesh of a trout or the wings of a hazel hen.”

It is interesting how he uses the short paragaphs for time and the long paragraphs for description of character.

Compare the sense of greed in ‘The Necklace’ to another text of your choice.

Compare the sense of hope in ‘The Necklace’ to another text of your choice.

How are women presented in ‘The Necklace’? Compare it to a text of your choice.