People can be immunised__ against a pathogen through the use of __vaccinations. Different vaccines are needed for different types of pathogens. Sometimes booster vaccinations are required.

Vaccination involves putting a small amount of an__ inactive__ or weakened form of a__ __pathogen__ __into the body. Vaccines can contain dead pathogens, or live pathogens treated to make them harmless, or harmless fragments of the pathogen, or toxins produced by pathogens.

These all act as antigens. When injected into the body, they stimulate white blood cells to produce antibodies so that it can fight and destroy the pathogen.

Because the vaccine contains only a weakened or harmless version of a pathogen, the vaccinated person will have a much lower chance of being affected by the pathogen. Lymphocytes are ready to destroy the pathogen if it returns. 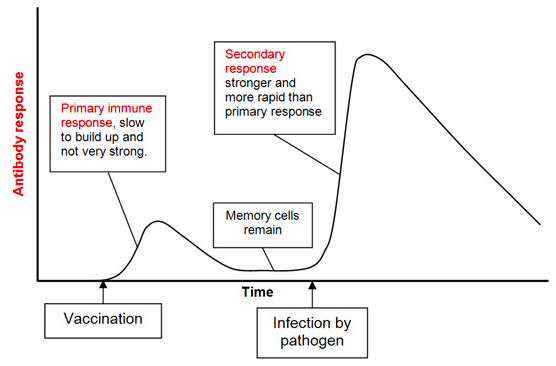 Herd Immunity:__ __When a high percentage of the population is vaccinated, it is difficult for infectious diseases that are also contagious to spread. 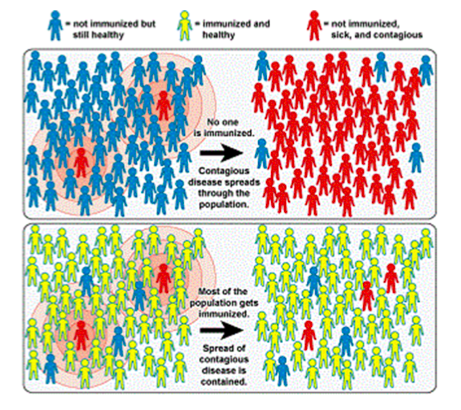 Antibiotics are commonly prescribed in order to slow down the growth of bacteria.

It only cures bacterial diseases; It cannot cure viral ones.

Specific antibiotics will only work on specific types of bacteria. Antibiotics can damage the bacterial cells, but it doesn’t damage the host cells.

Viral diseases cannot be cured by antibiotics as they reproduce inside the host cells, and it is extremely difficult to use antiviral drugs, as they can damage the host cell when killing off the virus.

Aseptic techniques must be used in the lab when culturing microorganisms in the laboratory so that there isn’t any bacteria that is trying to compete for nutrients in the petri dish.

Harmful pathogens can also damage the results that are being collected.

An autoclave must be used to prepare sterile growth medium and petri dishes.

Sterile__ inoculating loops__ must be used to transfer microorganisms. The inoculating loop is sterilised when it is heated to red hot under a bunsen burner flame before and after use.

Petri dishes and culture vials must also be covered.

__Scientists study __bodies and diseases to see how they work. They try to find __‘targets’ __for medicines to aim at. Targets are things that cause diseases such as tiny protein molecules.

Double blind randomised trials involve large numbers of patients. Some are given the new medicine and some a placebo that does nothing at all. Neither the patients nor the people giving them the medicine know which group is which.

If a medicine passes all the clinical trials it can get a licence from the government which means doctors can use it.

Doctors prescribe licensed medicines, but they continue to monitor the effects on patients. This is sometimes called the__ ‘phase 4’ clinical trial__.