Charles Darwin and Alfred Wallace independently proposed a theory of evolution whilst collecting a range of evidence towards it (they separately came up with the same idea at a similar time).

20 years after their independent work, they collaborated and published their scientific ideas in 1858.

They proposed the idea that all species of living things have evolved from simple life forms over a long period of time. There is a lot of scientific research to suggest that living things existed, billions of years ago.

The theory of evolution __suggests that it happens through __natural selection:

The theory of natural selection is demonstrated through bacteria.

Bacteria reproduces rapidly, therefore allowing them to evolve rapidly too. When there are mutations of bacteria, new strains are created.

This means that the person that is taking the antibiotics will become even more poorly as they have more bacteria that is stronger and does not respond to the first round of antibiotics.

Fossils are the remains of organisms that were alive millions of years ago. This supports the theory of evolution as we can see how organisms have developed through the years.

Tools that were used by the humans in the past also supports the idea of evolution.

It is helpful to look at the__ development of stone tools over time__, as it shows that humans have evolved to create better tools using their skills.

Dating of these objects can be done by looking at the layers of sediment around the tool. Archaeologists can also use radiocarbon dating or other specialised techniques to look at elements such as iron and potassium. They assume that the found tools are approximately as old as the rock which surrounds it. 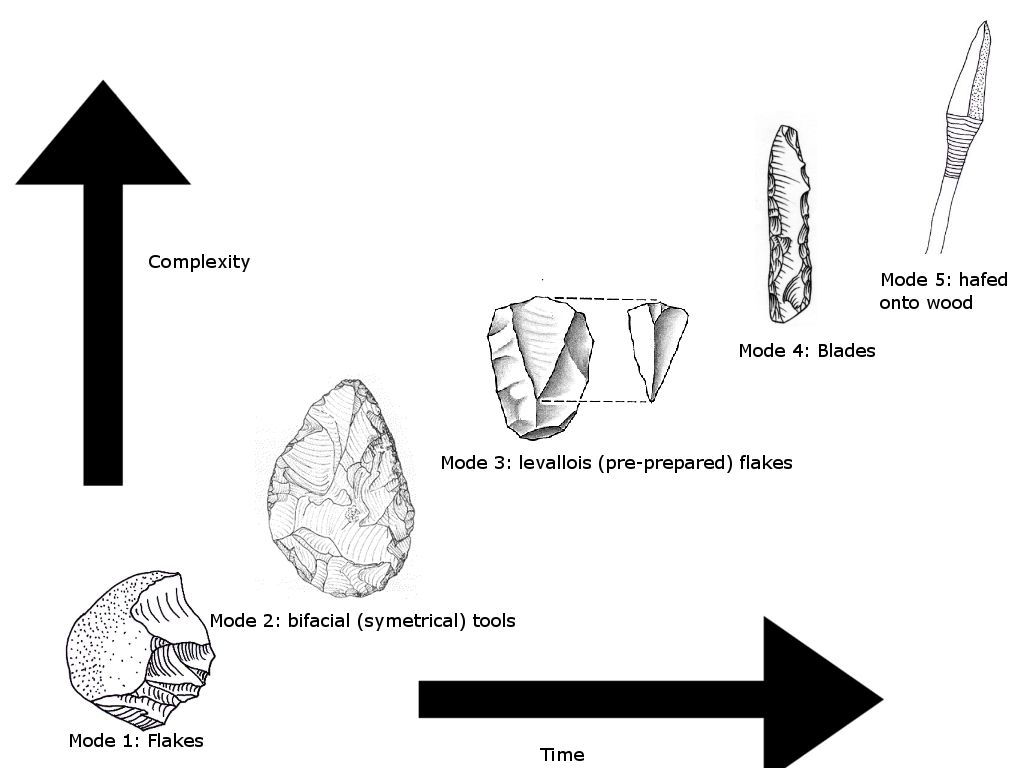 Although different species of vertebrates look different, their bone structure is actually quite similar.

Vertebrates have a pentadactyl limb - this means that they are five fingered.

This suggests that many vertebrates may have descended from the same common ancestor. This is evidence towards the theory of evolution.

Back in the day, horses with smaller feet were usually faster in marshy grounds. They would be the ones to escape from predators. This allowed them to evolve, therefore creating offspring that had small feet. Nowadays, horses have evolved to be much smaller as they no longer need to run from predators, as they have now become taller and stronger.