Substances can move across cell membranes. This is how substances are transported into and out of cells.

It is considered going __down __the concentration gradient if the substance is going from high to low concentration.

It is considered going __against __the concentration gradient if the substance is going from low to high concentration.

The molecules would move randomly, and they would eventually become evenly distributed. The particles move down the “concentration gradient” and this process takes no energy (it’s a “passive process”).

Diffusion can be accelerated by increasing the temperature of the particles, which makes them move faster. 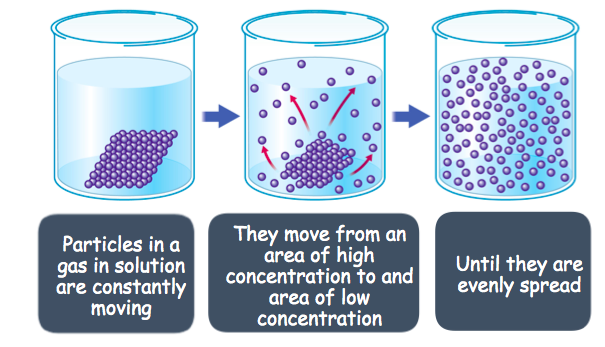 Osmosis__ is a specific type of __diffusion.

If a red blood cell is placed in water, water __enters __the cell by osmosis. Because the membrane is quite weak the cell will __burst __as the volume and therefore the pressure in the cell. 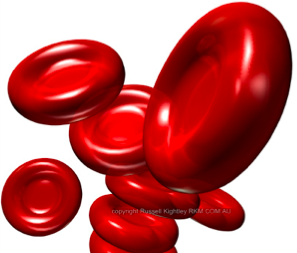 Plants __absorb __water from the soil by osmosis.

Root hair cells are adapted for this by having a large surface area to speed up osmosis.

In order to transport the dissolved molecules from a region of low to high concentration, it requires energy which is released during cell respiration.

Some cell membranes will have carrier proteins embedded, as it is needed to absorb the high concentration molecules from the outside of the cell, into the inside of the cell.

This works against the concentration gradient.