Some energy is transferred to less useful forms at each trophic level. This affects the number of organisms at each trophic level, limits the length of a food chain and determines the shape of a pyramid of biomass in an ecosystem. Feeding relationships within a community can be represented by food chains. All food chains begin with a producer which synthesises molecules. This is usually a green plant or alga which makes glucose by photosynthesis.

Producers are eaten by primary consumers, which in turn may be eaten by secondary consumers and then tertiary consumers. Consumers that kill and eat other animals are predators, and those eaten are prey. In a stable community the numbers of predators and prey rise and fall in cycles. 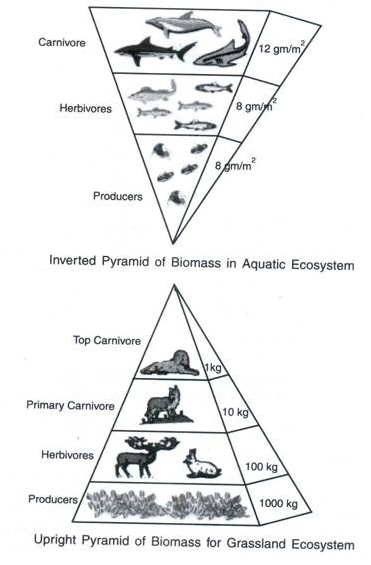 As you move up the trophic levels and up the pyramid, the biomass decreases as energy is wasted. This means that less biomass and energy can be passed to the next organisms in the food chain above them. Energy is not completely transferred from one trophic level to another because

Trophic levels can be represented by numbers, starting at level 1 with plants and algae. Further trophic levels are numbered subsequently according to how far the organism is along the food chain.

Pyramids of biomass can be constructed to represent the relative amount of biomass in each level of a food chain. Trophic level 1 is at the bottom of the pyramid. 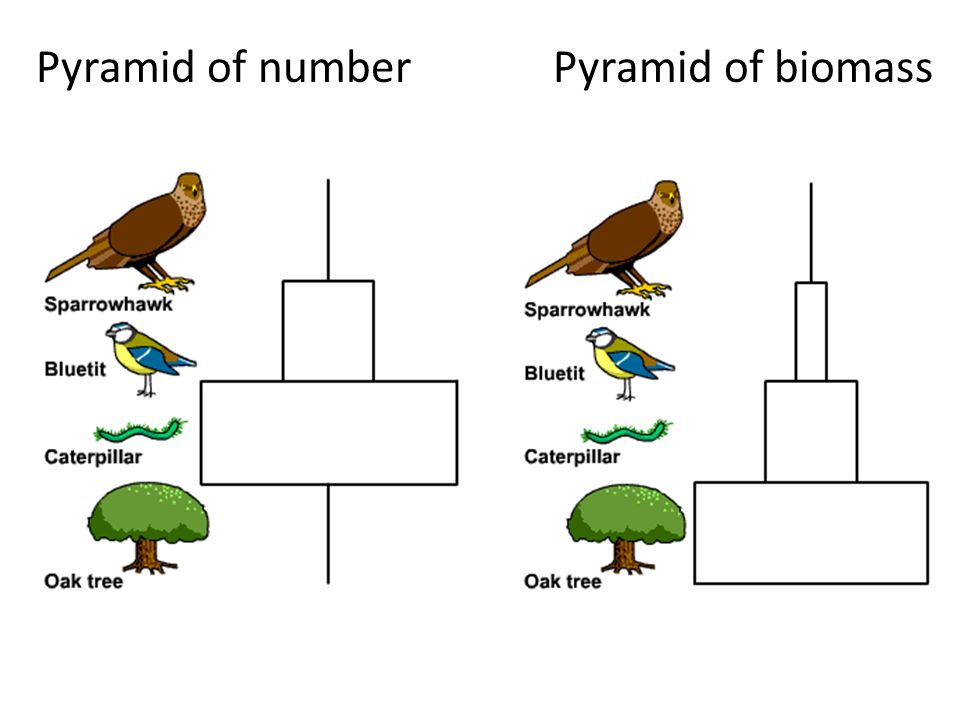 Pyramids of biomass represent the mass of the organism from each trophic level.

Biomass is lost between the different trophic levels. Producers are mostly plants and algae which transfer about 1 % of the incident energy from light for photosynthesis.

Only approximately 10 % of the biomass from each trophic level is transferred to the level above it. This is why the pyramid of biomass gets smaller, as there are less organisms as we go higher up the trophic levels.

Losses of biomass are due to:

The percentage efficiency of energy transfer between trophic levels can be calculated using the following equation:

energy transferred to next level ÷ total energy in × 100

E.g. Using the data given, calculate the percentage of biomass passed on from the producer to the primary consumer.

What do all food chains begin with?
Producer
What are primary consumers eaten by?
Secondary