However, plants and animals that have been created through selective breeding share similar genes. This means that if a disease strikes, all of these organisms may be whipped out. It can also lead to ‘inbreeding’ where some breeds are particularly prone to disease or inherited defects.

Genetic engineering is the process where scientists modify the genome of an organism in order to introduce desirable characteristics. This diagram explains the main stages of genetic engineering:

Crops that have had their genes modified in this way are called genetically modified (GM) crops. GM crops include ones that are resistant to insect attack or to herbicides. GM crops generally show increased yields.

Concerns about GM crops include the effect on populations of wild flowers and insects. Some people feel the effects of eating GM crops on human health have not been fully explored.

Modern medical research is exploring the possibility of genetic modification to overcome some inherited disorders.

Tissue culture is a way to clone plants. Scientists would take small pieces of plants, and are grown in vitro using sterile agar jelly. The jelly would contain plant hormones and nutrients that would allow the plant to grow. 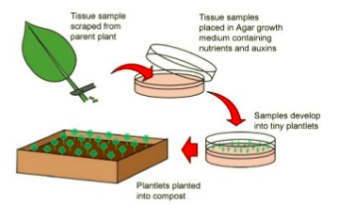 Cuttings is an older, but simple, method used by gardeners to produce many identical new plants from a parent plant. 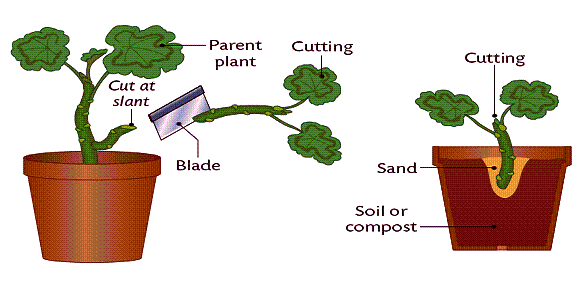 Embryo transplants: splitting apart cells from a developing animal embryo before they become specialised, then transplanting the identical embryos into host mothers.

Stages of creating a clone (identical) 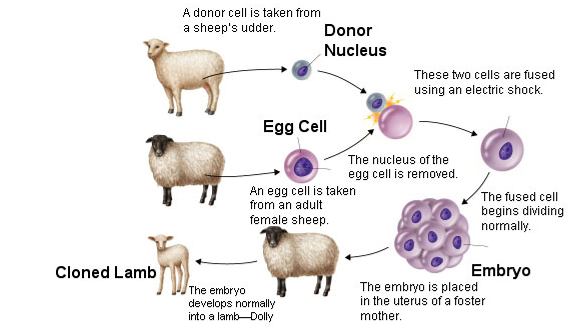