The nervous system enables humans to react to their surroundings and to coordinate their behaviour. 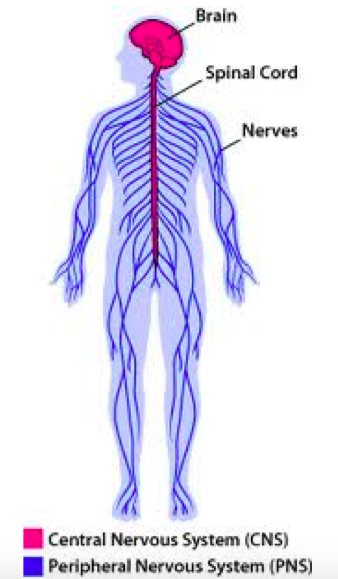 The nervous system uses electrical impulses to bring about fast, but short-lived, responses. These responses enables organisms to react to their surroundings and co-ordinate their behaviour. 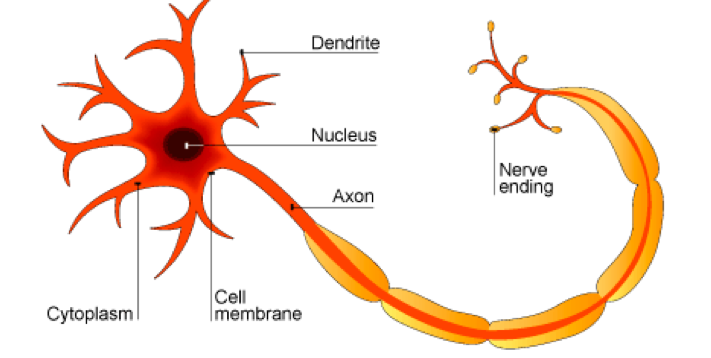 Axons are insulated by a fatty myelin sheath. Axons are normally long and thin, and they are used to carry messages all round the body. Dendrites receiving incoming impulses from other neurones.

There are three types of neurones that transfer electrical signals to different areas: 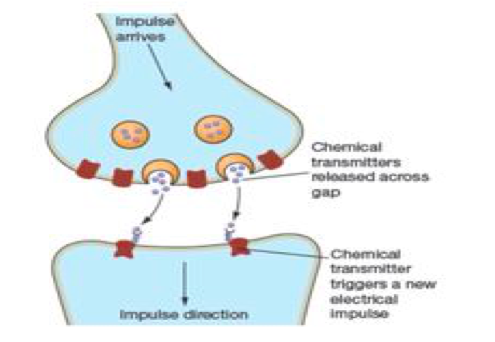 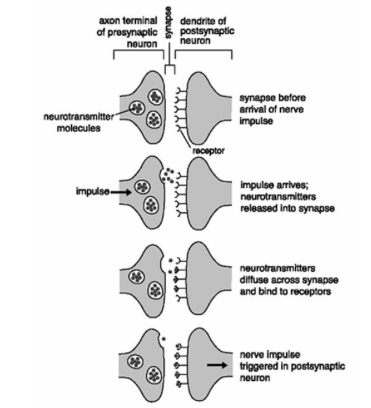 Reflex actions are rapid, automatic responses of the nervous system which do not involve the involvement of the brain (i.e. without conscious thought). Instead the signals pass directly from a sensory neurone, via a relay neurone, to a motor neurone for an instant, unthinking action.

This nervous pathway is known as a reflex arc. It is extremely important because it allows us to avoid danger or harm. It also allows us to coordinate everyday bodily functions. 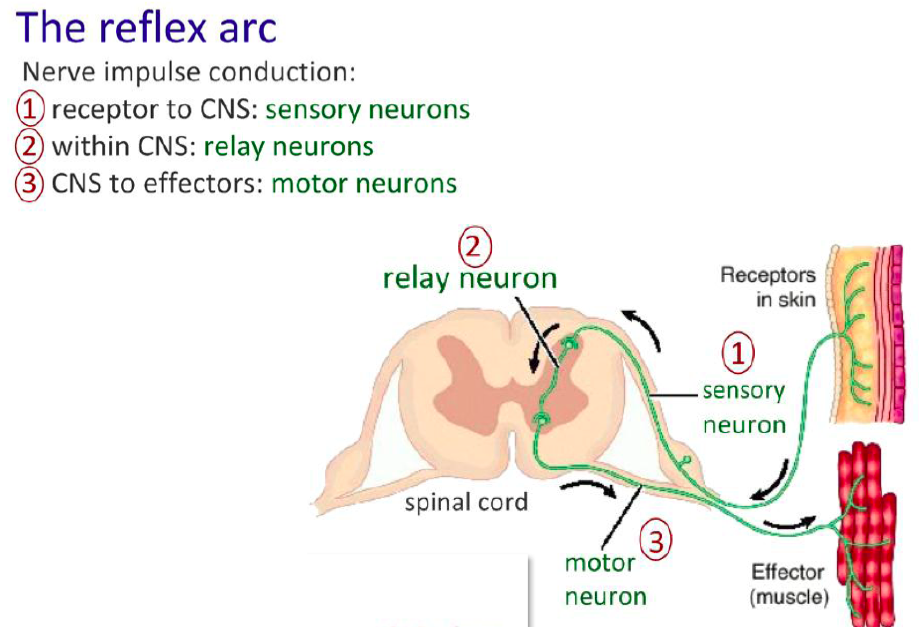 The brain controls complex behaviour. It is made of billions of interconnected neurones and has different regions that carry out different functions.

The brain is a highly complex organ, and it controls how the body works. The following are the important parts of the brain that you will need to remember:

Here is a diagram of the brain: 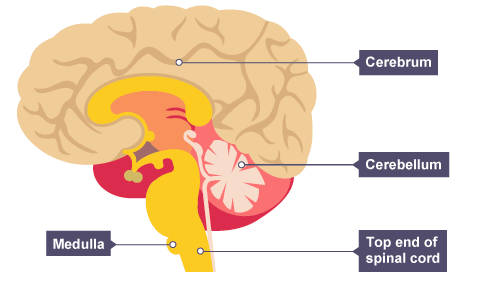 The more the scientists understand how the brain works, the more likely they will be able to cure different types of brain damage and diseases.

Neuroscientists have been able to map the regions of the brain to particular functions by studying patients with brain damage, electrically stimulating different parts of the brain and using MRI scanning techniques. The complexity and delicacy of the brain makes investigating and treating brain disorders very dif cult.

Doctors need to be extremely careful when deciding whether they want to operate on the brain and other parts of the nervous system. These surgeries carry an extremely high level of risk due to the complexity and delicacy of the brain. If any damage is done to the nerve cells, the conditions that follow are permanent as those cells simply cannot regrow.

It is also vital that patients can provide consent for scientists to study their damaged brains. Patients should be capable of making clear decisions about their participation of the research.