The endocrine system is composed of glands which secrete chemicals called hormones directly into the bloodstream. The blood carries the hormone to a target organ where it produces an effect. Compared to the nervous system the effects are slower but act for longer.

The pituitary gland in the brain is a ‘master gland’ which secretes several hormones into the blood in response to body conditions. These hormones in turn act on other glands to stimulate other hormones to be released to bring about effects. 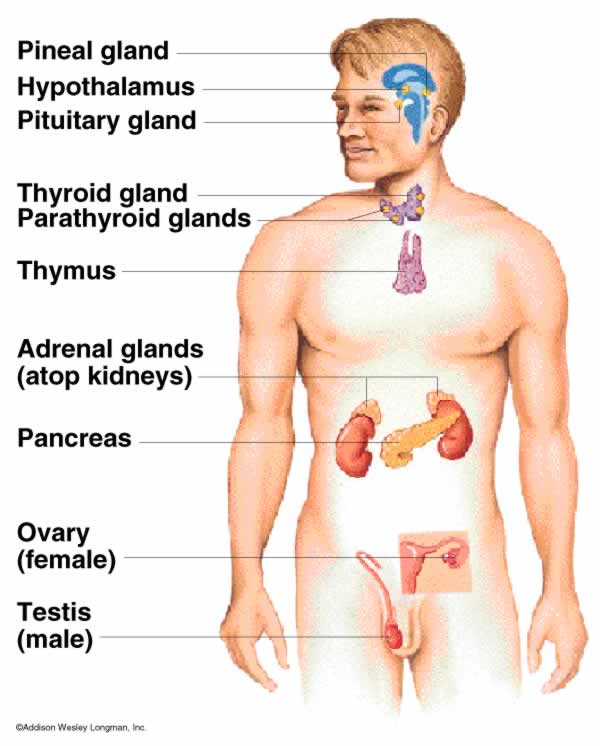 Type 2 diabetes is when the liver cells produce insulin, but the body does not respond to it. It can be treated through a change in diet (control the carbohydrate intake) and exercise regime.

Osmoregulation controls the water levels and mineral ions in the blood. It is vital to control the water level and the mineral ions - it has to be the same concentration inside and around the cell. This will protect the cell from having too much or too little water.