In sexual reproduction there is mixing of genetic information which leads to variety in the offspring. The formation of gametes involves meiosis.

Asexual reproduction involves only one parent and no fusion of gametes. There is no mixing of genetic information. This leads to genetically identical offspring (clones). Only mitosis is involved. 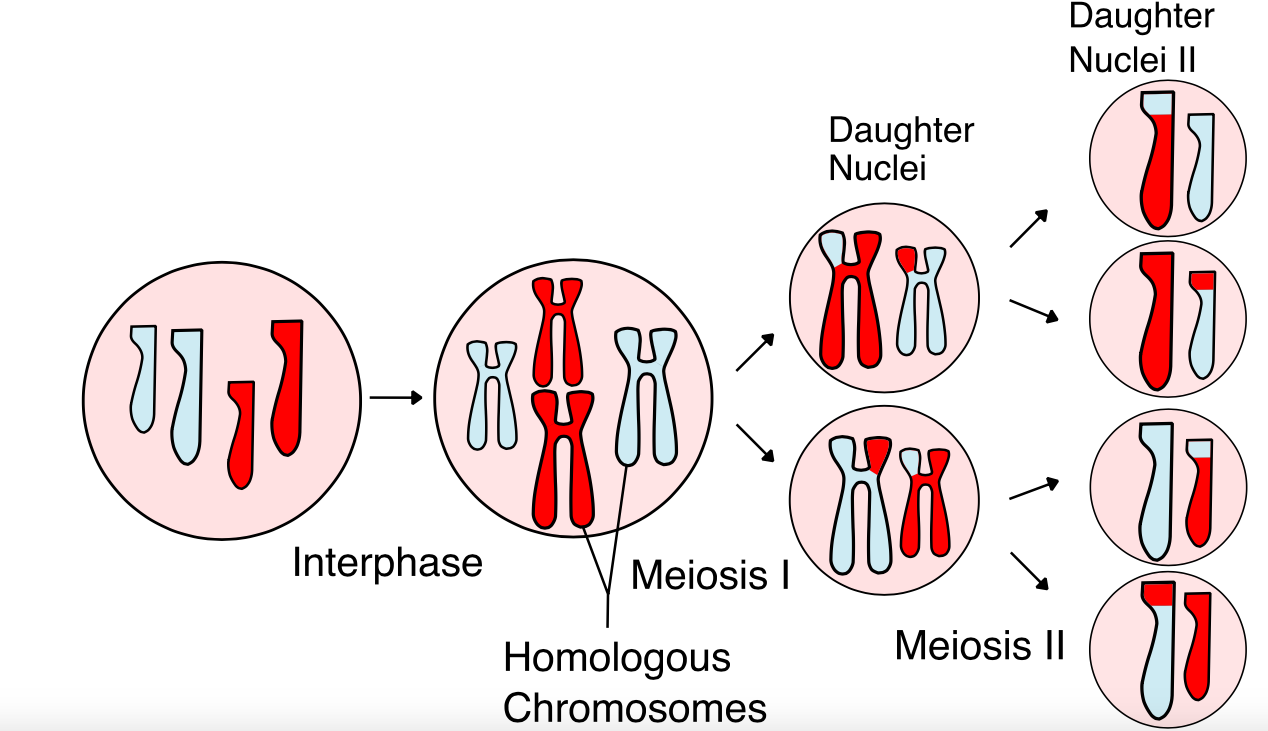 Cells in reproductive organs divide by meiosis to form gametes. All gametes are genetically different from each other. Gametes join at fertilisation to restore the normal number of chromosomes. The new cell divides by mitosis. The number of cells increases. As the embryo develops cells differentiate.

How many chromosomes does a body cell have?
46
Which cells reproduce via meiosis?
Your answer should include: Sex / Cells
When does the female and male gamete meet?
Fertilisation