Alpha can travel a few centimetres in air.

Beta can travel a few metres.

Alpha can be absorbed by paper or skin.

Beta can be absorbed by thin aluminium.

Gamma rays can be absorbed by thick lead.

Gamma rays will pass through a field unaffected as they have no charge and no mass.

Beta will be deflected towards the positive area of the field. It has a low mass so will be strongly deflected.

Alpha will be deflected towards the negative area of the field. It has a high mass so will be weakly deflected. 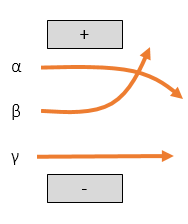 You can be exposed to radiation in two ways:

The half-life is the time it takes the (radio)activity of a substance to decrease by half.

Half-life can be calculated from a graph of the activity level of a radioactive substance over time. At any point on the graph (but it’s usually easiest to do it from the start), work out the time taken for the activity to drop by half – this is the half-life. 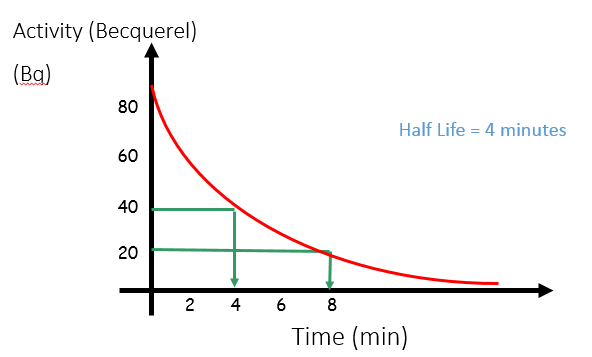 Half-life can also be calculated numerically.

Alpha is the most ionising.

Gamma is the least ionising.

Some elements emit ionising radiation all the time. These radioactive elements are naturally found in the environment. Background radiation includes natural and man-made radioactive sources. 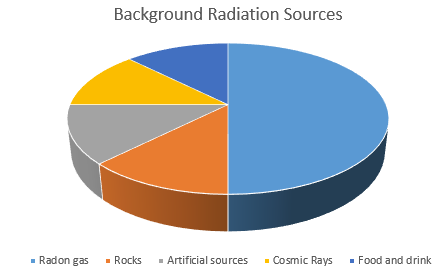 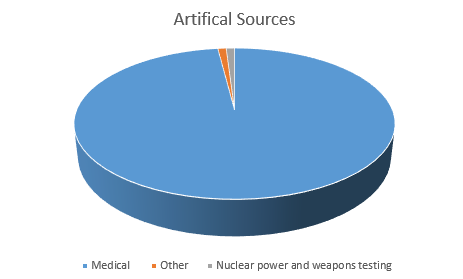 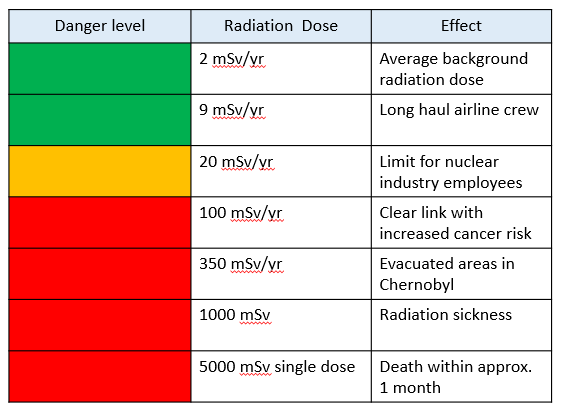 Exposure to radiation can happen in two ways:

A living bone emits 170 counts per minute. A bone from an archeological site emits 50cpm. The background radiation in the area is 10 cpm. How old is the bone? (Half-life of Carbon = 5600years)

The risk to general public from radioactive materials is low, but people working with radioactive substances need to take precautions.

They can avoid contamination by:

They can reduce irradiation by:

When using radioactive materials, the properties of the source need to be matched to the specific need of that task considering: 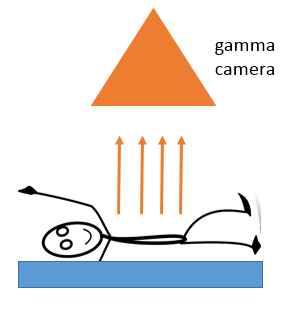 To use a scan from a gamma camera, the patient swallows a gamma tracer or has it injected into the bloodstream. The camera detects the gamma radiation emitted from the body, producing an image of the body parts containing the tracer.

A gamma source is used as it is the least ionising and will pass through the body easily to be detected by the camera. It is important to choose a half-life which is long enough to allow the scan to be carried out but not so long that the patient remains contaminated for a long time. 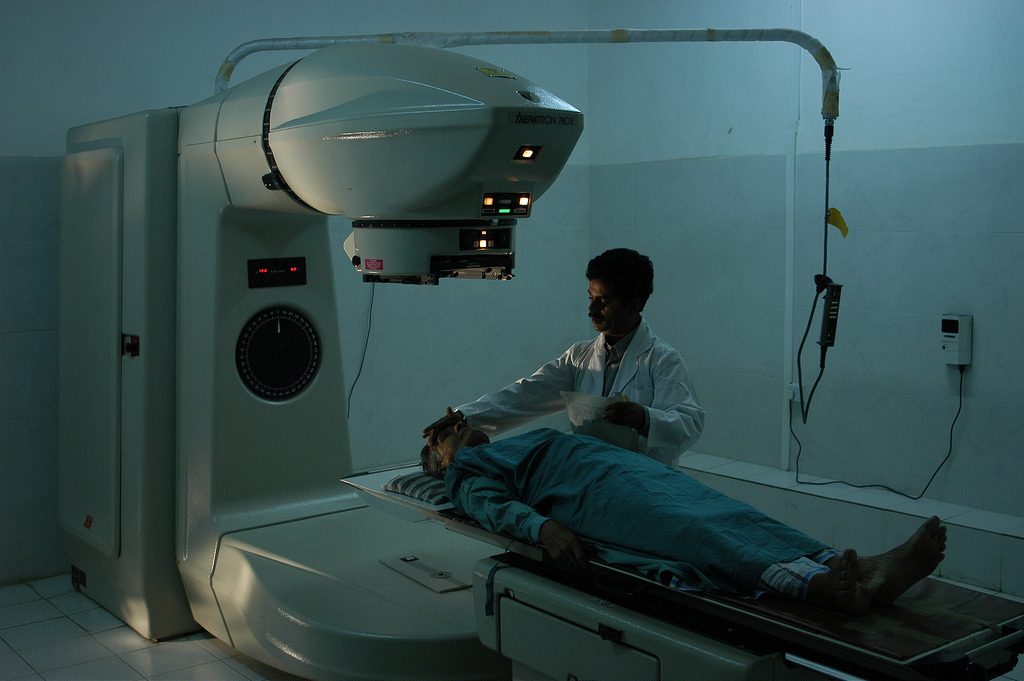 As ionising radiation is dangerous to cells, it can be used to kill cancerous cells. The radiation is targeted at the tumour, but some damage to healthy cells is inevitable. Gamma or beta sources are usually used as alpha cannot penetrate the skin.

Radiation can be used to kill bacteria and therefore sterilise surgical equipment. The items can be sealed in air-tight packaging before being irradiated, which means there is no chance of re-contamination before they are used.

Radioactive sources can be used to measure the thickness of materials that are being rolled out, such as paper or sheet metal. The source is positioned on one side of the material with a detector on the other side. A change in thickness will affect the amount of radiation passing through the material and being received by the detector. This can be used to change the pressure of the rollers to increase/decrease the thickness as necessary. 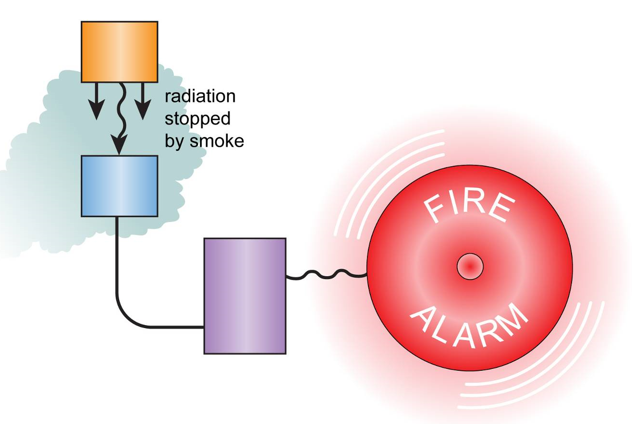 Smoke detectors use an alpha source which ionises the air in a small gap in a circuit, allowing current to flow.

If smoke is present, it absorbs the alpha radiation meaning current can now no longer flow across the gap, this triggers the alarm.

An alpha source is used because it can not penetrate through smoke. Beta and Gamm would not be suitable as they can pass through smoke.