When a current flows through a wire, it produces a magnetic field around the wire. If the current-carrying wire is near another magnet it will experience a force (attraction/repulsion) 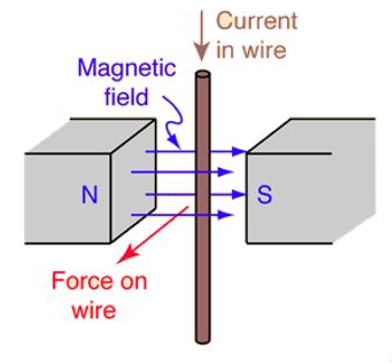 The magnetic field, current and force act at right angles to one another. Fleming’s left hand rule can predict the direction of motion. 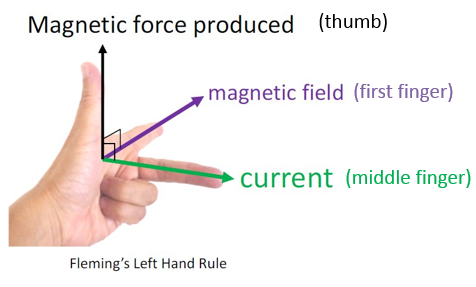 An electric motor uses a coil of wire in a magnetic field. The current is flowing in different directions in each side of the coil. This means that (according to Fleming’s Left Hand Rule) one side of the coil will move upwards and the other side will move downwards) 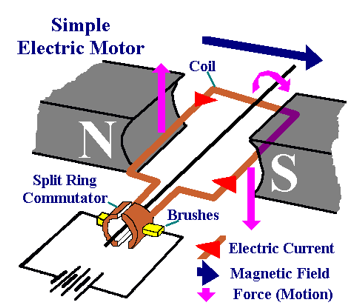 As the sides of the coil experience opposite forces, the coil will rotate. The coil is connected to the circuit using brushes and a split-ring commutator. The brushes allow electricity to be conducted to the coil while also allowing it to move. The split-ring ‘breaks’ and re-connects the circuit every half turn to allow constant rotation.

Electric motors can be made more powerful by:

Magnetic flux density is a measurement of the strength of a magnetic field. (You do NOT need to remember this equation for your exam)

A wire has a current of 2.2A flowing through it as it passes through a magnetic field of 0.5T. What force will the 0.25m wire experience?

When a wire is moved through a magnetic field, electric current is induced in the wire

Electricity can be generated by rotating a magnet inside a coil of wire. This induces a current in the wire. As the magnetic field is changing direction repeatedly (as it turns), the direction of the induced current also changes. Therefore, alternating Current (AC) is produced. This type of generator is called an alternator.

A dynamo generates Direct Current (DC). It is similar to the alternator except it has a split ring commutator, which means that current is only produced in one direction. 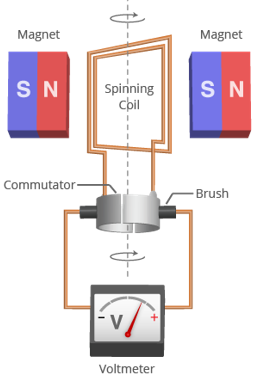 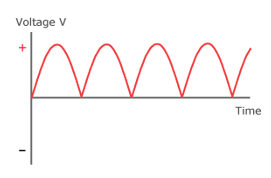 A transformer is a device which is used to increase or decrease voltage (potential difference). It consists of two coils of wire (not connected together) wrapped around an iron core.

The relationship between voltage and the number of turns on the primary and secondary coil can be described using this equation (you do NOT need to remember this equation for your exam): 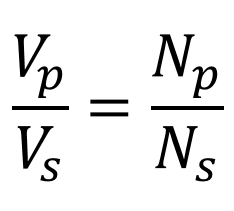 The National Grid is a network of wires and pylons connecting power stations and consumers together. 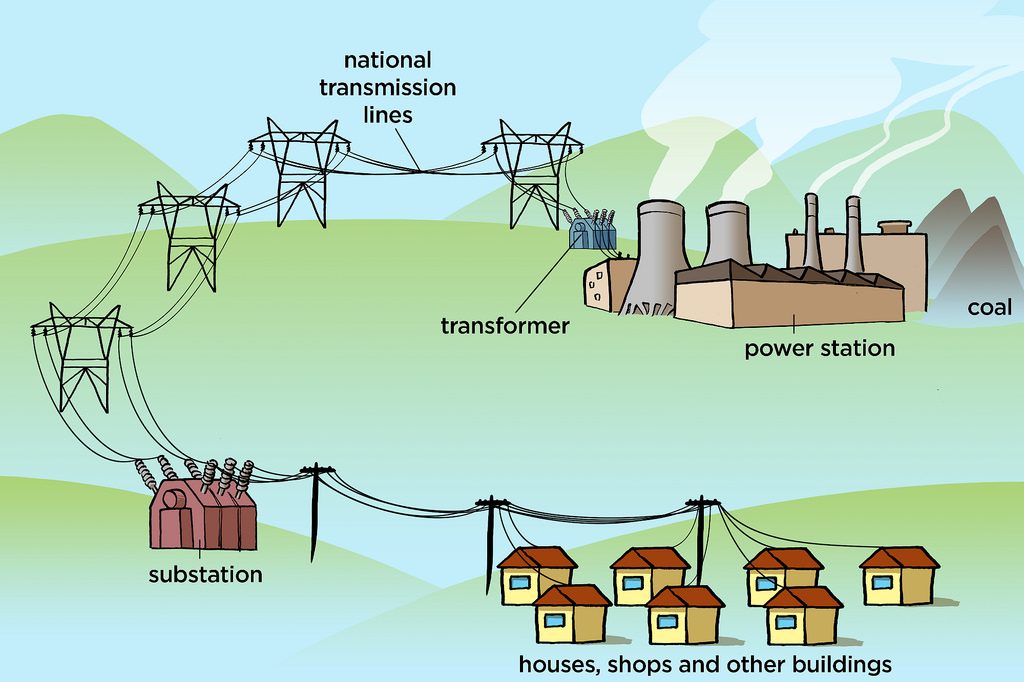 A step down transformer for some Christmas lights has 600 turns on the primary coil and 30 turns on the secondary coil. If it is connected to the mains (230V), what voltage is supplied to the lights?
Your answer should include: 11.5V / 11.5
Explanation: 11.5V
A transformer with 400 turns on it’s primary coil is used to step down the mains voltage (230V) to 30V. How many turns are on the secondary coil?
52
A magnet is pushed into a wire and 2A of current is induced in the wire. What is produced when the magnet is pulled out of the wire?
Your answer should include: -2A / -2
Explanation: -2A