If the surface is smooth, then every ray of light is reflected at the same angle and a reflection can be seen (eg mirror). This is called specular reflection.

Light travels as electromagnetic waves. Reflection of waves can be shown with a wave front diagram. The law of reflection still applies. 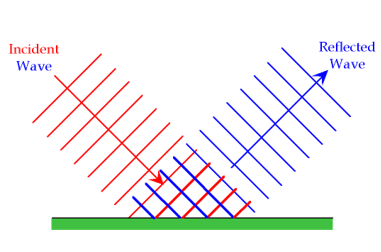 To find the position of an image from a mirror, you need to construct a ray diagram with the angles drawn as accurately as you can. Draw 2 (or more) rays of light from your object to the mirror (at different angles). Draw the normal (line at 900 to mirror) for each ray and then measure the angle of incidence. Draw the reflected rays at the same angle using a protractor and then extend the reflected rays ‘behind’ the mirror. The place where there lines cross is the position of the image.

The image should be the same distance behind the mirror as the object is in front. 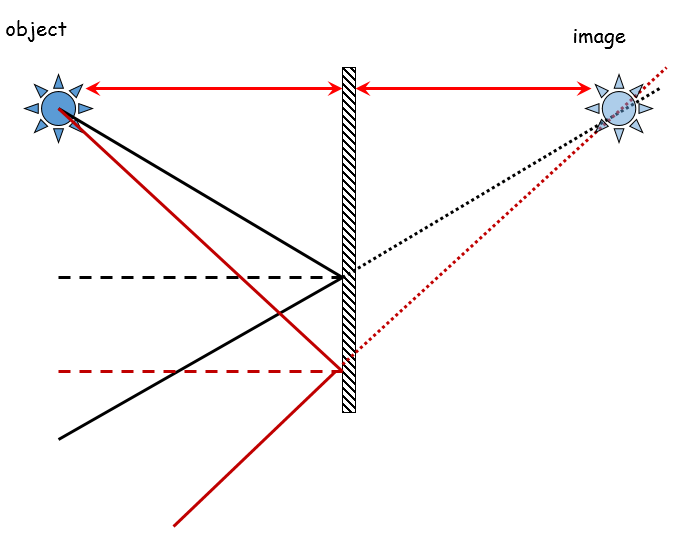 When light encounters a material, it could be transmitted (pass through), reflected, absorbed or scattered by the material:

Refraction happens due to a change in speed. As light travels from one material to another, it changes speed

As the wave front travels from one material to another at an angle, not all of the wave hits the boundary and changes speed at the same time. This causes the change in direction: 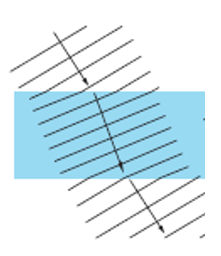 In the diagram, the refracted wave fronts are closer together than the incident wave fronts. The waves have the same frequency but travel at different speeds, so they have different __wavelengths __(v=fλ).

If you are looking at an object that is under water, light is travelling from a source, reflecting off the object and travelling to your eye. As the light leaves the water, it is refracted. Your brain assumes that the light travelled in a straight line, so the object appears to be higher in the water than it actually is. The Archer fish takes this into account when it spits water at insects! 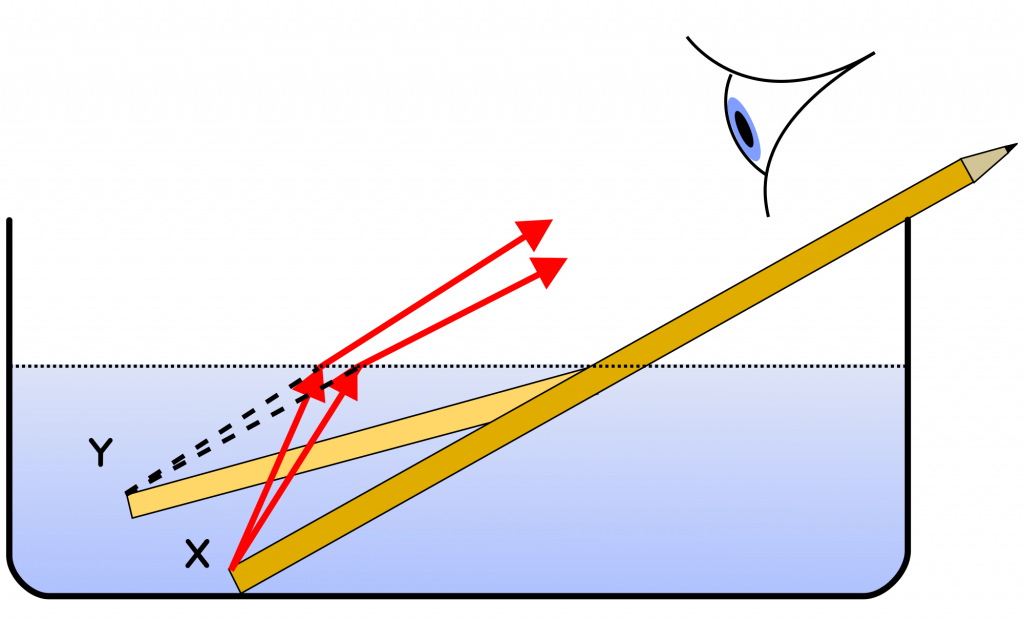 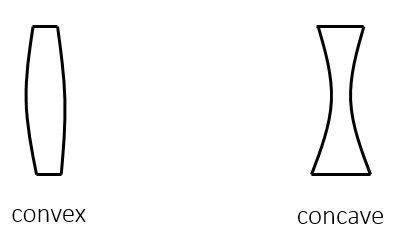 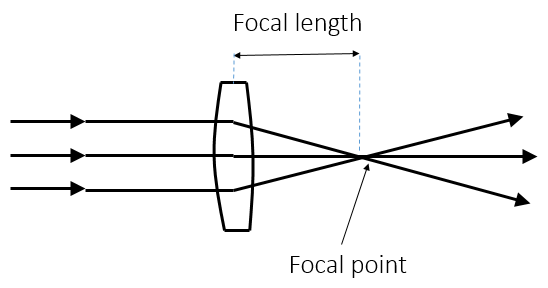 A concave lens causes parallel rays of light to spread out (diverge). The point where the rays __appear to come from __is the focal point:

Draw 3 rays of light to construct your image:

2 - Straight through the centre of the lens (not refracted)

Use the following words to describe images:

Upright – the same way up as the object

Diminished – smaller than the object

Magnified – larger than the object

An object which is 5cm high is 8cm away from a convex lens of focal length 5cm. Construct a ray diagram to calculate the height of the image. Calculate the magnification of the lens. 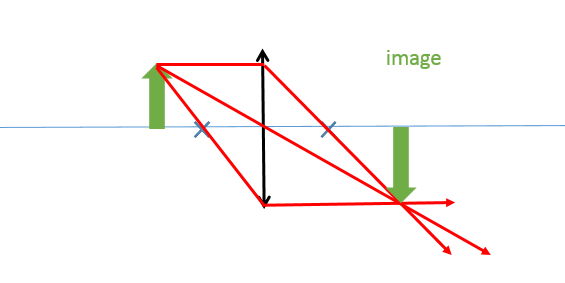 ‘White’ light is made up of different colours called a spectrum. The colour of the light depends on the wavelength of that light. A prism can be used to separate white light into a spectrum as the different wavelengths (colours) are refracted by different amounts.

The colours of the spectrum are:

Objects appear to be certain colours because they reflect some wavelengths of light and absorb others. 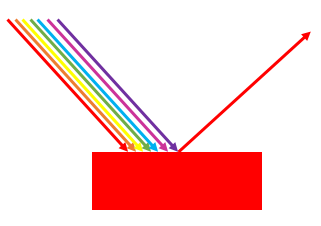 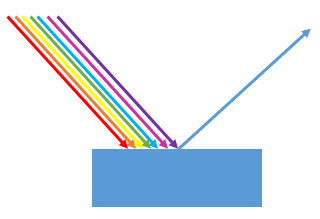 Other colours appear when different wavelengths are reflected in different amounts 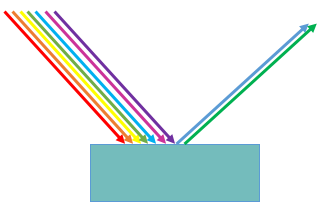 A white object appears white because all wavelengths are reflected 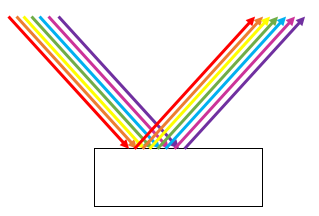 A black object appears white because no light is reflected 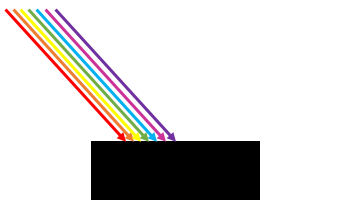 Video – a trick of the light

A colour filter absorbs some wavelengths of light and transmits others. A blue filter allows blue light to pass through but absorbs other colours 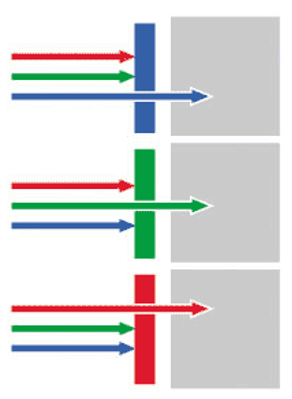