Electricity is the movement of these electrons.

Charged objects can experience a non-contact force because they are surrounded by an electric field. The field lines point away from a positive source and towards a negative source.

A second charged object entering that field will experience a force. 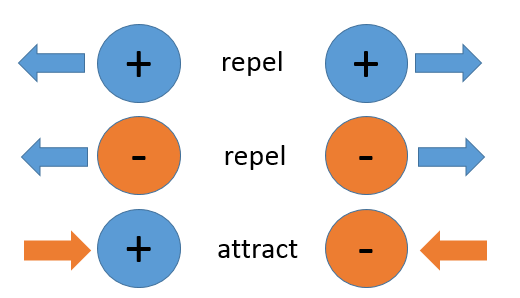 If a charged object is brought near to a neutral object, it can induce a charge. Electrons are repelled from a negative object, protons are attracted. If the object has a low mass, the force of attraction/repulsion may move the object.

The Van der Graaff generator is a classic demonstration of static electricity. A belt rubs on the inside of a metal sphere and the friction causes electrons to move onto the sphere. The sphere is supported by a plastic (insulating) stand and so the electrons build up on the sphere. 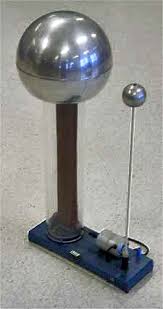 This means that the sphere builds up a negative charge. This charge will remain on the sphere until a conducting object comes close enough to allow the electrons to discharge (flow to the earth). If you reached out to touch the sphere while it was charged, the electrons would discharge through you and you would experience an electric shock.

If you are touching the sphere (as it is turned on), you also build up the charge. 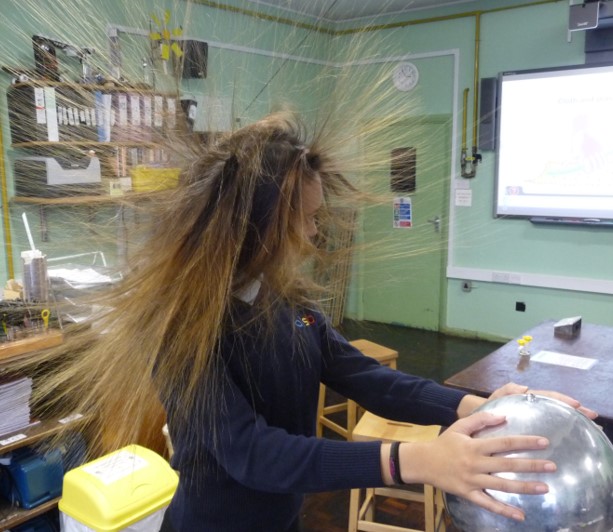