Speed (scalar): The distance covered per unit of time

Velocity (vector): Speed in a given direction

Acceleration is measured in m/s2

You need to be familiar with the method used to investigate the effect of force (or mass) on the acceleration of an object. 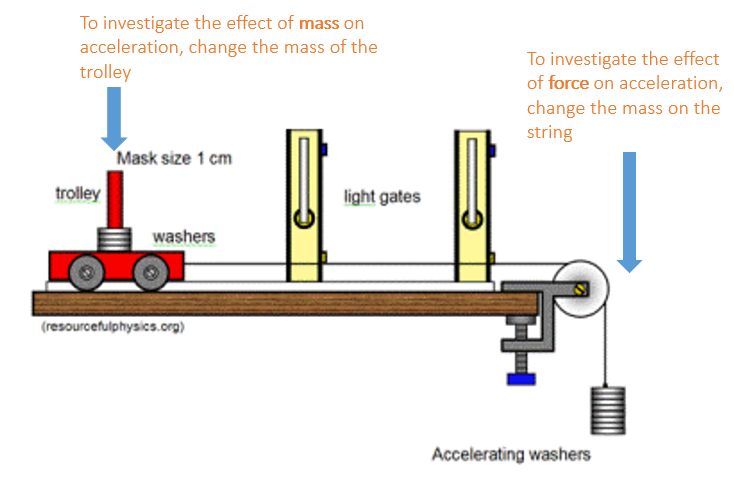 If you are investigating force, then the number of masses on the end of the string should be changed but the mass of the trolley should remain constant.

If you are investigating mass, then the number of masses on the trolley should be changed but the mass on the end of the string should remain constant.

A velocity-time graph can look very similar to a distance-time graph but it represents different motion, so make sure you check the axes of the graph on any question so you know which one you are dealing with. 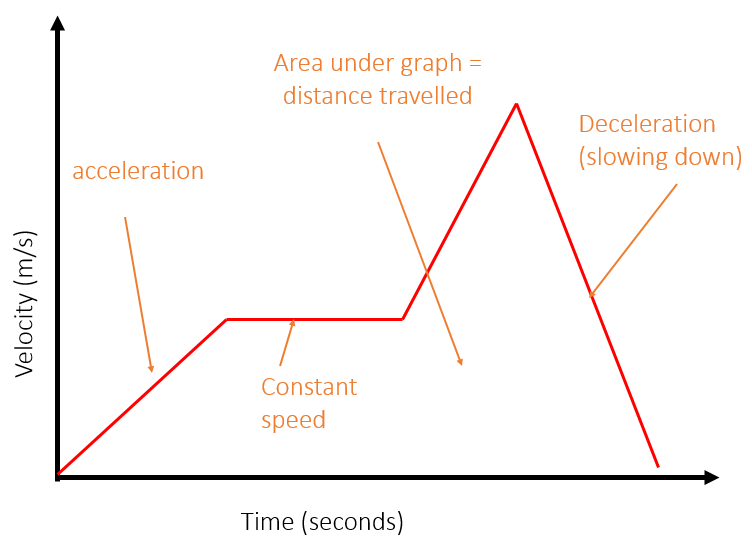 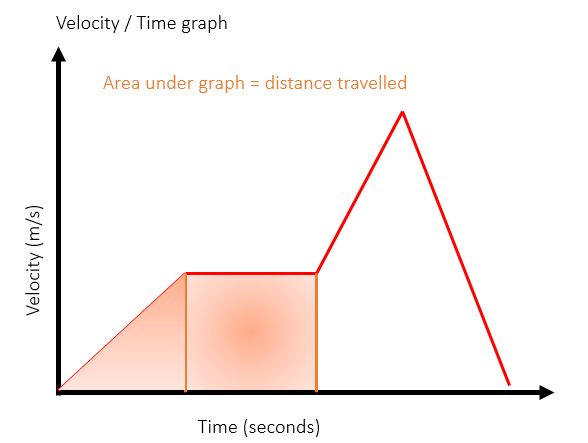 Momentum can be calculated using the following equation (you DO need to remember this for your exam):

With momentum (and velocity), + and – signs are used to indicate direction. For example, a car travelling with a momentum of -100kgm/s has the same momentum as a car with 100kgm/s but it is travelling in the opposite direction.

Distance (scalar): How much ground an object has covered during its motion

Displacement (vector): The overall change in position of an object 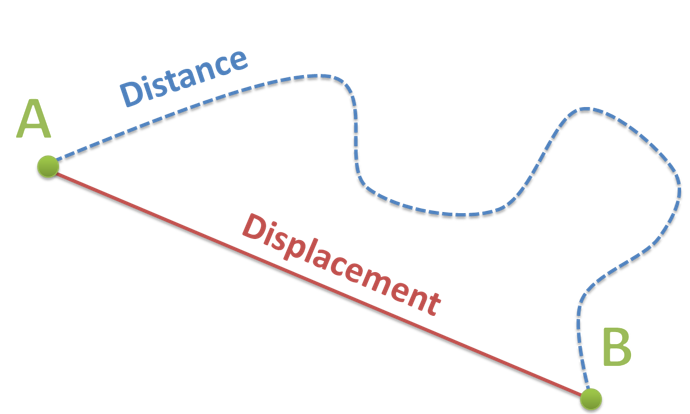 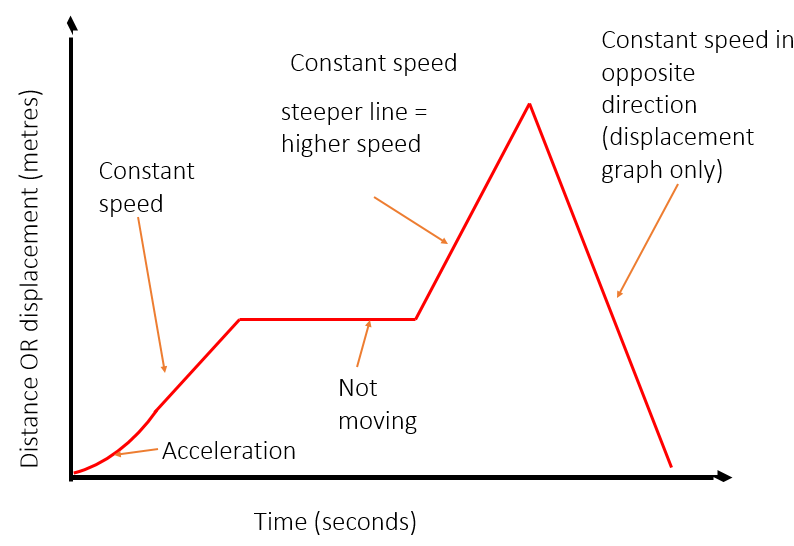 To calculate the speed from a distance time graph, work out the gradient of the line 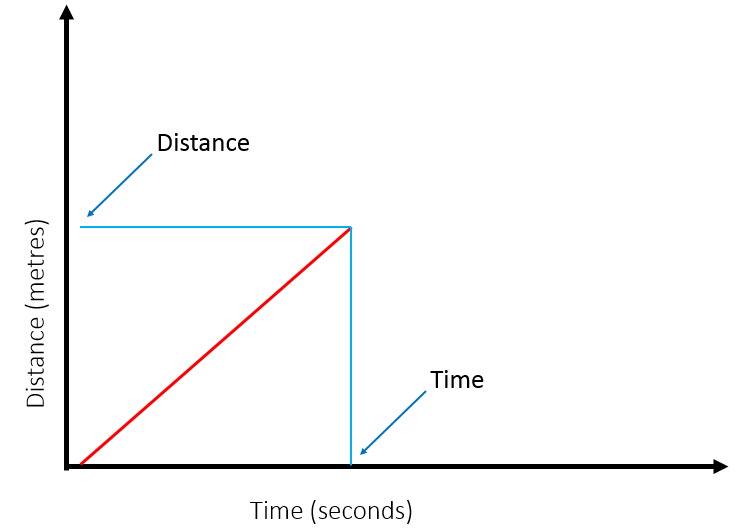 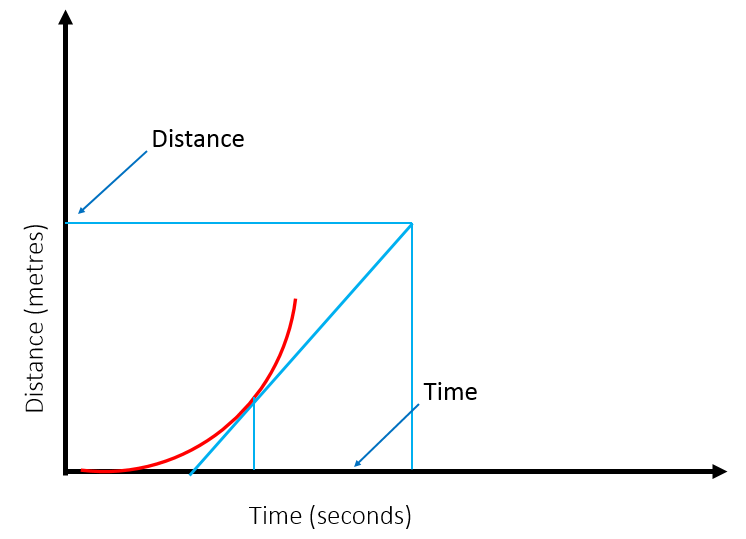 Example 1 – two objects that join together after colliding:

Example 2 – two objects collide and bounce off each other:

(NB a total momentum of zero between the two objects does not mean they are not moving, but that they are moving with equal momentum in opposite directions.) 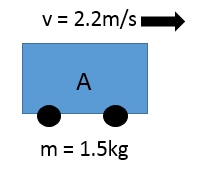 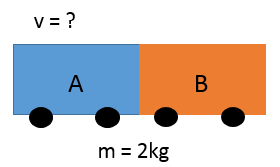 Therefore, Momentum after collision = 3.3 kgm/s (no calculation necessary, just use the principle of the conservation of momentum) 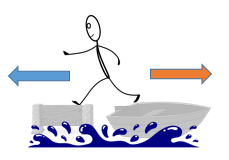 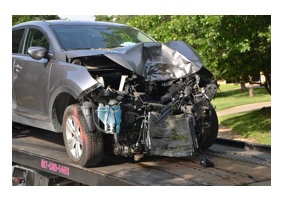 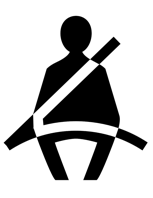 A seatbelt applies a force to slow you down in a collision as your body will continue moving forwards until a force is applied. It is made from a material that is strong enough to stop you before you hit steering wheel but that is also slightly flexible to increase time taken for change in momentum, reducing the chance of injury. It also spreads the force over a wider area of the body, reducing the pressure on any one particular part. 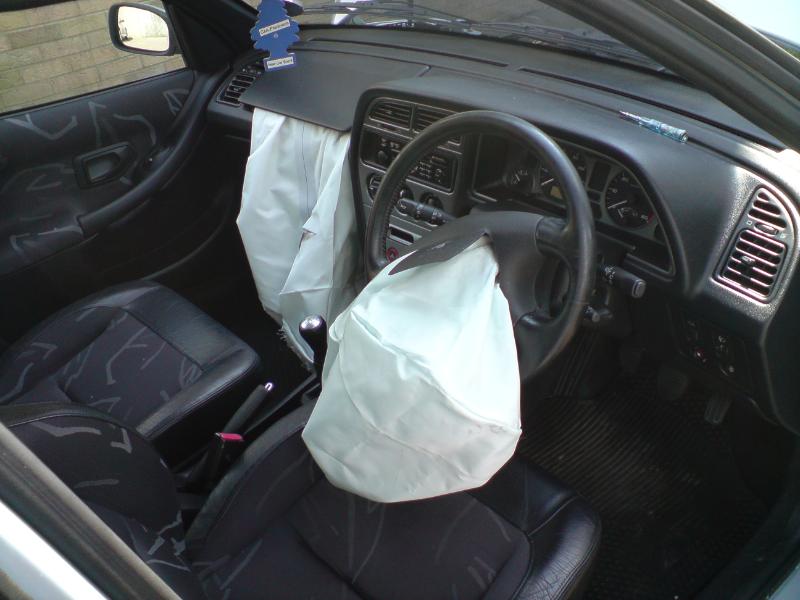 An airbag inflates in a collision to apply force to slow you down, before you hit the (harder) steering wheel or dashboard. It is made from a more flexible material than steering wheel which increases the time taken for change in momentum. This reduces the force on the passenger. The force is also spread out over a greater area of the body, reducing the pressure on any one particular part. 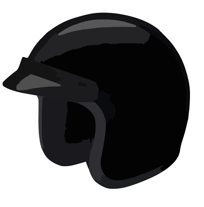 A crash helmet is made from a more flexible material than your skull! This increases the time taken for the change in momentum, reducing the risk of injury. Some of the energy of the collision is dissipated in cracking the outer shell of the helmet, meaning less is transferred to your skull.