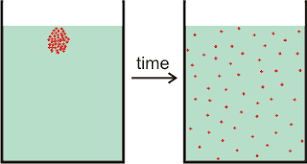 Cell membranes control what goes in and out of the cell. This can happen by __diffusion __or active transport (we’ll talk about this later). 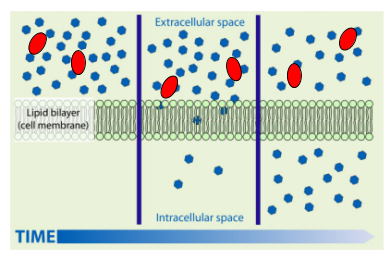 The speed at which diffusion happens changes depending on a few things.

Temperature: Diffusion rate increases with temperature increase. The hotter the liquid (or gas) the faster the particles move! If the particles are moving faster, an equilibrium is reached faster! 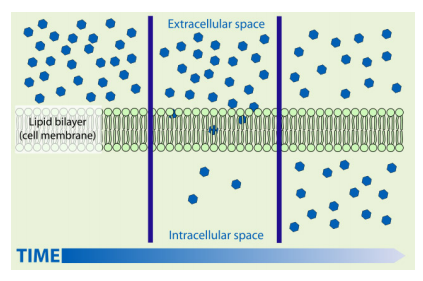 Surface area: The larger the surface area of the cell, the faster the rate of diffusion. Since there are more areas at which particles can travel into and out of the cell. 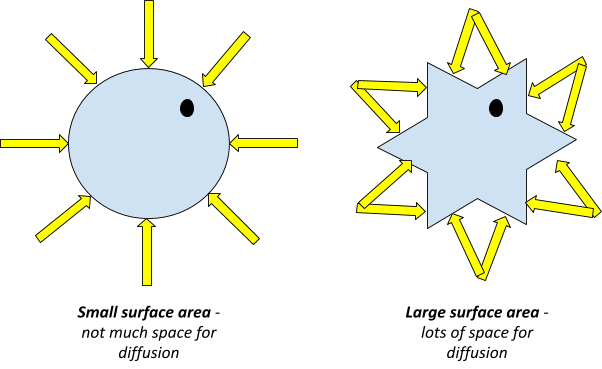 Osmosis is the movement of water particles across a semipermeable membrane, from an area of high concentration to an area of low concentration. It’s just like diffusion but for water!

A semipermeable membrane is just a membrane with tiny holes in it, so that small molecules (like water) can pass through but large particles (like sugar) can’t!

Movement of water into and out of the cell 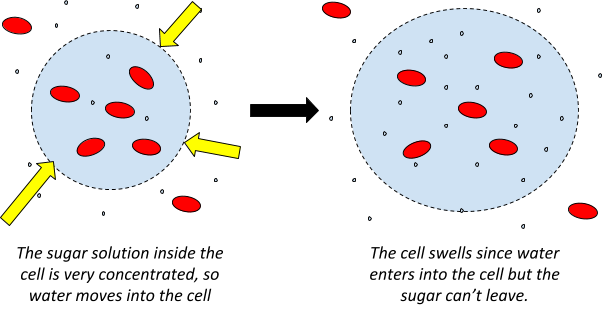 The opposite happens if there is too much water inside of the cell. 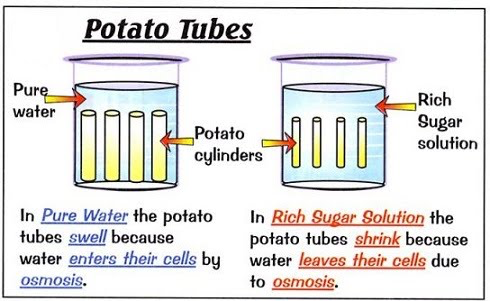 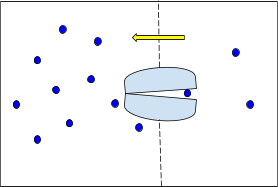 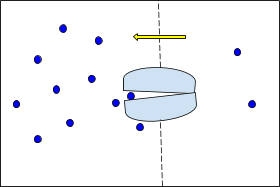 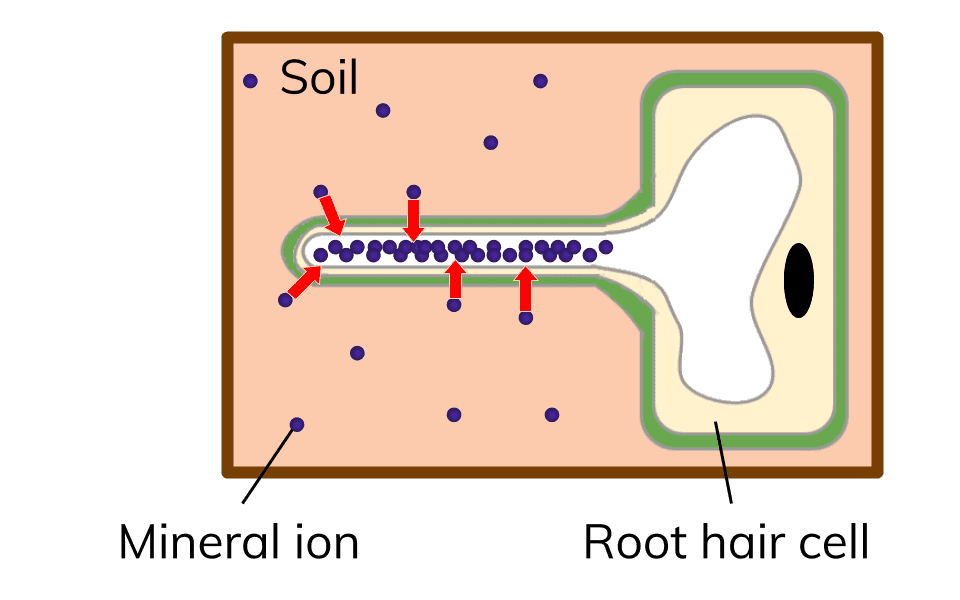 Plants need to take up minerals from the soil. However, the mineral ion concentration is usually higher inside the cell then outside the cell. The minerals can’t get into the cell via diffusion, since they would be travelling against the concentration gradient. But they can travel via active transport. Energy is needed to make this happen.