Sexual reproduction is the process in which genetic information from two organisms come together to form a new organism. The new organism is genetically different to both parents.

Gamete cells are sex cells. Gametes combine to form one new cell. This cell then multiplies and changes until the new organism (baby) is formed.

Gametes have half the amount of genetic information than a normal cell. So in humans, gametes cells (egg and sperm cells) have 23 chromosomes each.

When the two gametes come together and form a new cell, this is known as fertilization. The new cell now has the right amount of chromosomes, half coming from the female gamete and half from the male gamete. This is why offspring inherites characteristics from the mother and father.

Plants sexually produce in this way also, except they have ‘pollen’ instead of sperm cells.

In asexual reproduction, there is only one parent. The parent produces an offspring by cloning their cells. This means that there is no variation or fusing of chromosomes! (More on this later)

You will need to be able to:

Meiosis __is when a __cell reproduces itself and splits to form four gamete cells that have half the amount of DNA each (compared to the parent cell).

The first part of meiosis is basically identical to mitosis.

There are two big difference between mitosis and meiosis: 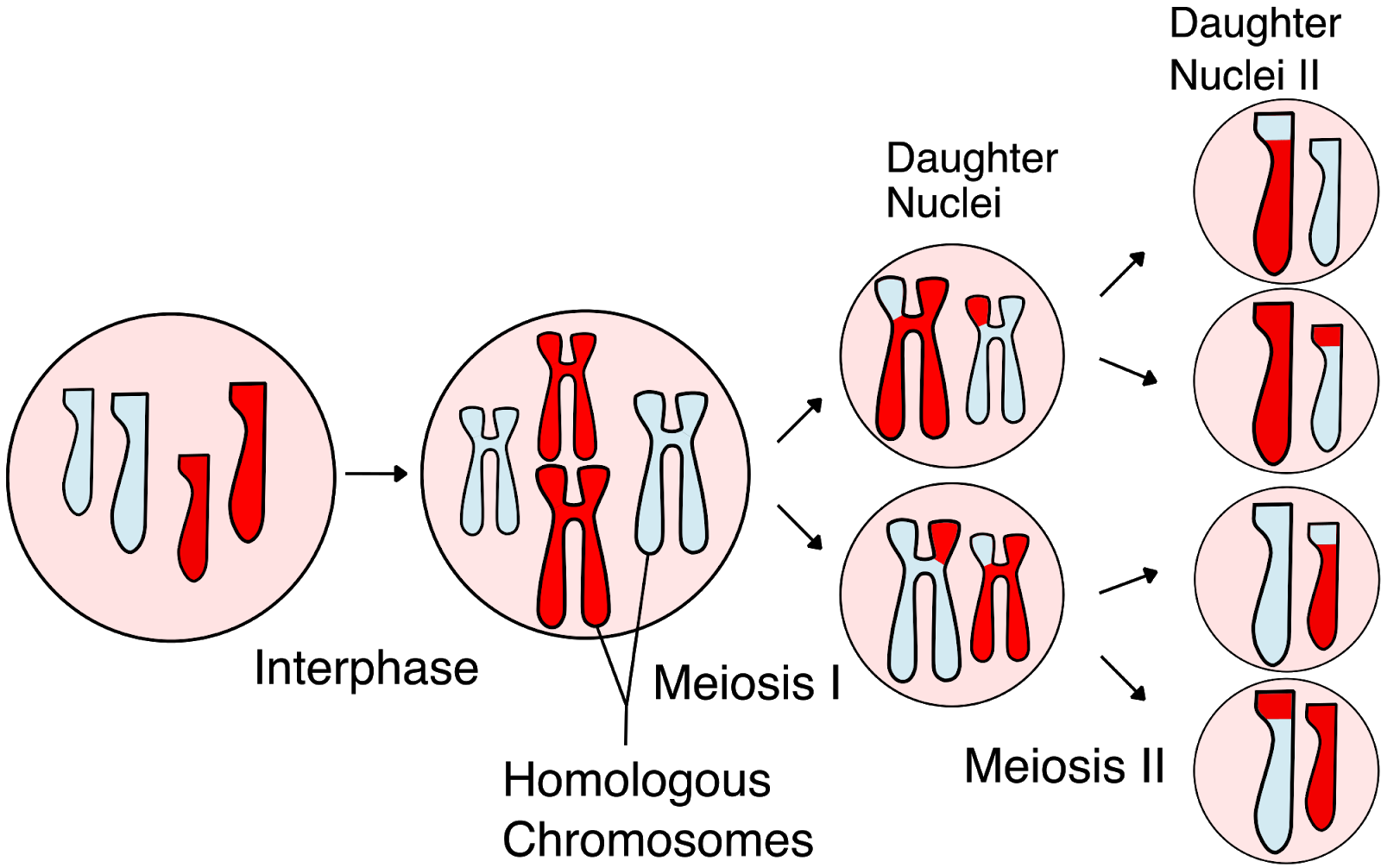 Meiosis is when the cell actually divides to make 4 gamete cells:

Why is variation a good thing?

Variation within a species is very important. This is because it will decrease the liklihood of an illness/environmental change killing all of the animals/plants of that species. For example, if all humans were identical (let’s call them Steve). All Steve’s would be immune to the same illnesses and not immune to all the same illnesses. So, if one Steve caught an infection that was fatal, and the infection spread to the rest of the Steves, all Steves would die!

This is why it’s good to have variation. In a varied community of humans, it’s most likely that some would be immune and these ones would survive.

There are advantages and disadvantages of both types of reproduction. This table should tell you all that you need to know on this!

Organisms can reproduce sexually, asexually or they can use both methods depending on their circumstances!