Biodiversity is very important to maintain in an ecosystem. Since all organisms depend on each other (for things like food, shelter, camouflage etc) it is important that species don’t end up depending on just one other organism. A large biodiversity means that there is more likely going to be more than one species that can provide the same resource/condition that it needs.

Many things that humans do are decreasing the biodiversity of the earth. This includes things like burning fossil fuels (see the next section for more on this).

The human population is increasing

The human population is increasing at a very fast rate. This is due to the introduction of modern medicine and farming. Since less people are dying from disease and famine, people live longer and can have more children. Since these children can also have more children (and so on) it means that there is an exponential growth! 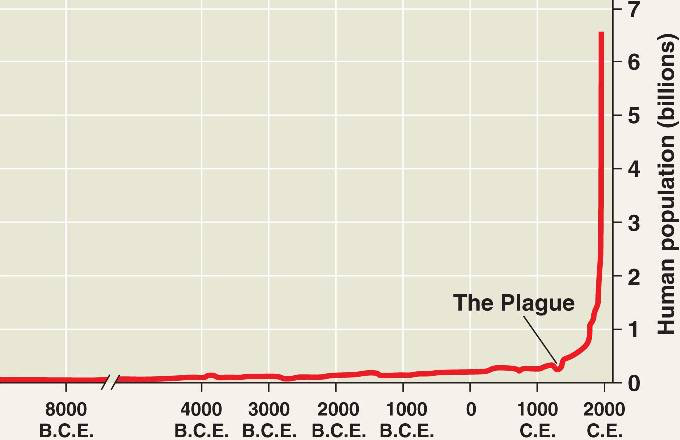 This graph is slightly out of date, since there are now around 7.7 Billion people in the world (2018)

Demands on the environment

Since the human population is so large, it means that our actions have a huge effect on the environment. People are also demanding a higher standard of living, which means digging up more natural resources and using more energy! Raw materials are being used up much quicker than they are being replaced, so at some point we are going to run out.

Scientists have even resorted to trying to populate different planets since they have no hope for our future on this one… depressing eh?

Here are the main ways in which it can affect the environment around us:

__Water __- sewage and chemicals can pollute the lakes/rivers/oceans. This not only pollutes the water but the animals that live in or drink this water are also affected.

Dumping waste in landfills, where rubbish cannot =break down easily/at all.

Disposing of nuclear waste underground. Although this is done securely there is still a risk of it getting out!

Farmers use toxic chemicals to protect their crops from pests and infections, however this is affecting the ecosystem around them.

__Air __- Smoke from factories and acidic gases are polluting the air.

The gases in the environment act as a natural insulator, trapping some of the radiation and bouncing it back to earth. Due to air pollution, this insulating layer has become stronger, bouncing back more than it ‘should’ do - this is known as the greenhouse effect. The gases that are contributing to this change are calledgreenhouse gases (these include carbon dioxide and methane). 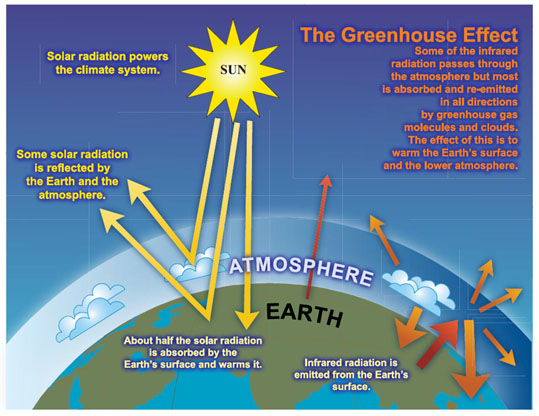 Deforestation and Land Use

Humans use up a LOT of land. This decreases the amount of land that is left for other organisms to use. Sometimes the use of the land is bad for the environment.

Deforestation is the name given to the process of cutting down lots of trees. Huge amounts of forests are destroyed so that we can use the wood or land.

Deforestation is bad for the environment for these main reasons:

Peat bogs are areas in which biomass cannot decompose. The biomass builds up in the peat bogs, untouched by decomposers. Humans drain peat bogs in order to use the land. When bogs are drained, decomposers can get to the biomass and decompose it! The bacteria release carbon dioxide as a waste product when decomposing the organic matter found in drained peat bogs.

We also tend to burn peat for fuel, this also releases carbon dioxide to the atmosphere. 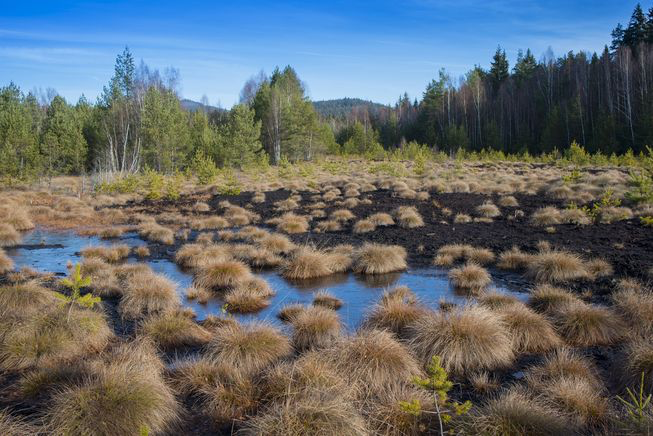 Conerned citizens and scientists set up protection programmes for the protection of ecosystems from human activities.

You’ll need to know some examples of these protection programmes:

However, these programmes come with downfalls and difficulties: